Motivation:
«A beautiful and painful social commentary that plays perfectly on
the rhythm of the life of its characters using a mix of genres, waving between realism and fantasy. A young fresh cinematic point of view depicting the chaotic reality of modern capitalism and its effect on the human spirit through a brilliant use of music and accurate cinematography.».

Motivation:
«A non-classical coming of age story that tackles the family cold relations and the dream of moving forward. The film plays on two contradictory worlds and follows closely the struggle of its character and his escape through his favorite music that represents his only hope of reinventing the self.».

Motivation:
«For its very original approach in terms of theme and language in addition to its smart twists and choices of images and sounds. The film sheds light on the harsh influence of cultural prejudice and stereotypes with a very unique and powerful use of cinematic tools».

Motivation:
«The effective changes of sound and rhythm sustain the narration of the story, ensuring the conservation of tensions and expectations.».

Motivation:
«We’ve chosen to award this film for its poetic and direct story and ability to talk to everyone. With its expressive storytelling, this film is a reminder of the importance of self- belief whilst fully embracing own background and identity. Extensively, it’s also a beautiful poem that talks of the richness and beauty of all diversities.».

Premio MYmovies.it
Best Italian premiere as chosen by the audience

Motivation:
«For the authenticity with which it recounts a family’s complex and painful reality, taking the side with a protagonist who at times is antagonistic to herself, we are forced to redefine the boundary between victim and perpetrator, and to ask ourselves the significance of family, loyalty, and sense of belonging».

Motivation:
«A whirlwind of explosive people for which there is not place in this world. A space that becomes body and soul, giving a voice to contrasting and resonant emotions. A crossroads of images where cinema, theatre, musical and melodrama all merge together». 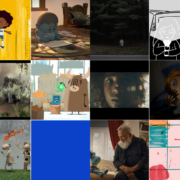 Presentation of the 23rd edition of ShorTS IFF! 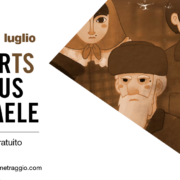 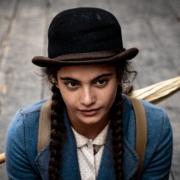 The image of the 23rd edition!

New deadline to register for the workshop!
0 replies