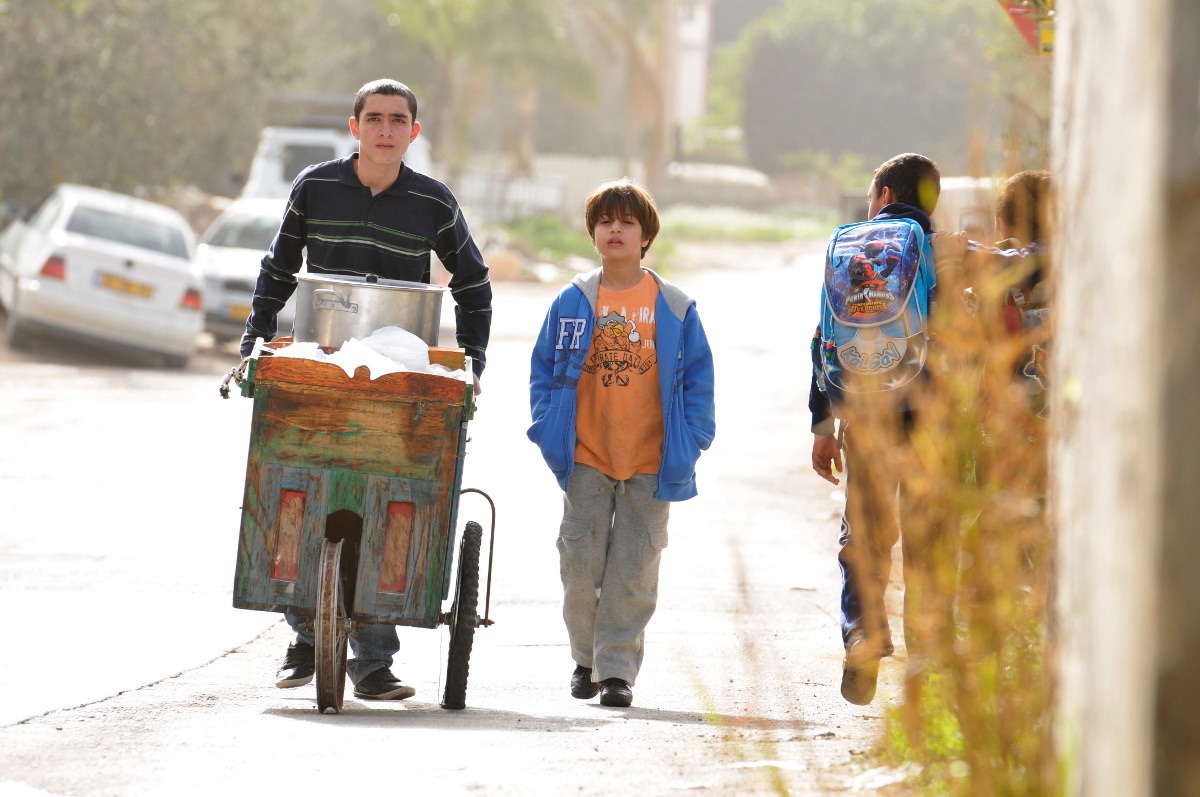 Sixteen-year-old Maher and his younger brother Eid set out with their grandfather’s old cart to peddle lupini beans (tormus) through the village streets. As the amount of shoppers begins to thin, Maher desperately turns to the nearest Jewish city’s mall. When they arrive their luck seems to change, until the City Inspector shows up…