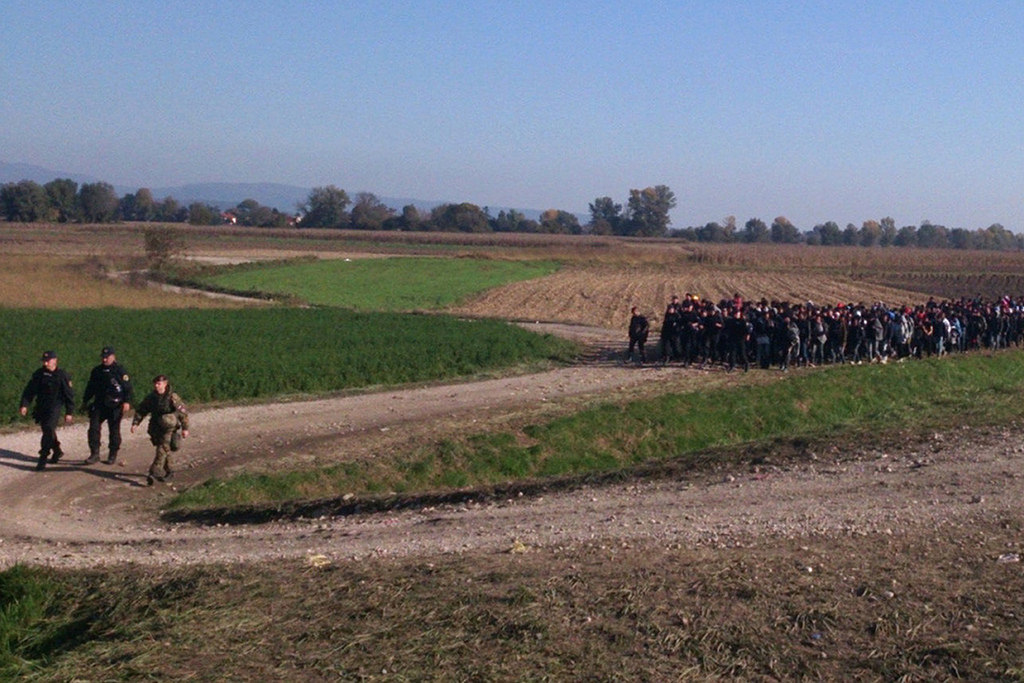 The EstEnergy award for best short film goes to

Meje by Damjan Kozole for the capacity to create a contemporary drama that touches millions of people, and re-establishes scope in an extraordinary synthesis that above all invests in in mis-en-scene.

The Makinarium Award for the best animation and visual effects goes to Kaboom by Romain Daudet Jahan.

For the explosiveness of the idea and the incredible visual and chromatic impact of the images. For its capacity to transport the viewer into an artificial, yet familiar, ironic and playful micro-world.

The Studio Universal Award for the best Italian short goes to Djinn Tonic by Domenico Guidetti for its capacity to concentrate into one interior setting and in just a few minutes, a comic visionary story full of twists that, thanks to the cleverness of the interpretation, we see the socially dramatic reality of youth unemployment.

The Premiere Film Award for the un-distributed short is assigned ex aequo to both Samedi Cinema by Mamadou Dia and Siyah Çember by Hasan Can Dağlı.

A story of desire and friendship. The film is a passionate journey in which, thanks to education, the two young protagonists find a way to win the chance to make their dream come true. But it is in this moment that their relationship is put to the test when one of them will have to choose between making his dream come true alone or sharing in disappointment. A profound story which has already been acknowledged at the last Mostra del Cinema in Venice and in Toronto, Prem1ere Film will be proud to distribute this all around Italy.

Can the beauty of the human body be used and transformed into something terrible? The short film Siyah Çember seems to pose this question through a chilling and masterfully directed story. The splendid location and the cold colours that remind many of a thriller/horror masterpiece such as Hostel di Eli Roth, makes it a brief film that would merit being developed into a feature length film. Prem1ere Film has transformed a short film into a long film in the past and we wish Siyah Çember luck in following in the footsteps of that project (Ice Scream, ndr).

The Oltre il Muro Award for the best Italian short film goes to A Girl Like You by Gianluca Mangiasciutti and Massimo Loi for a captivating screenplay, that confronts the theme of loneliness, of the growth and the fear of a teenager in the search for her freedom, through balanced dialogue, suspended places on the verge between the real and the mystical, and a recitation of the two protagonists.

The Trieste Caffè Award to the best short voted for by the public goes to Candie Boy by Arianna Del Grosso.

The Premio AMC to the best Italian editing goes to Lo Steinway by Massimo Ottoni by Massimo Ottoni. Animation is often a courageous choice, particularly in this case where it is used to recount the harsh and concrete reality of the trenches. But when it is made in such a clever way, like Lo Steinway, it can thrill and cause one to reflect at the same time. Judging the editing of an animated film is not always easy, but here Centoducti and Ottini’s profound knowledge of the cinematic language is evident.

They manage the materials as if it were a film with real actors: skilfully describing the space and the relationships between the two armies using long shots and camera movements; transmitting the conflicting emotions of the soldiers in their very first plans and transporting the viewer into a dreamlike state using musical sequences.

Finally the combining of the two different techniques, stop motion and animated design, is masterful and without a continuous solution. Reinstating, in an evocative manner the separation of the main characters’ ‘real’ from their imaginary and contributing to making this short film even more individual within its genre.

The Mercurius Prize for the best Junghian themed short was assigned to Death in a Day by Lin Wang for her great human sensibility and psychological intuition, also for her high cinematic courage.

Death in a Day presents the deceptive power of the cinematic story. The film is full of fresh and surprising images and the editing produces anticipation, ambiguity and mystery. In this way, Death in a Day uses processes of psychological reflection and intuition thanks to which many of us are able to respond to what is on the screen. We don’t react to stimuli, but we find catapults on the interior of the scene along with the characters. We are made responsible for the fact that there is always something more than we can see, both in time and space. The director Lin Wang seems to have a natural sensibility for the choice of places, context and of the ‘crucial moments’ that change lives forever. In this way Death in a Day invites us to delve into a hermetic vision.

The antique Greek god Hermes (Mercury to the Romans) was the ferryman of souls towards the underworld, the guide through the profound dimensions of life. In this way like the boy was guided by nature, by the flowing river and the vision of his father (on the trajectory between life and death), the viewer is guided into a dimension where the opposites of life and death are reconciled in a moment of epiphany. For this special take achieved in a short film, we have awarded Death in a Day with our first ever Mercurius Prize.

The Hera Comm Award for the best film has been jointly awarded to Orecchie by Alessandro Aronadio for its courage in abating a popular cinematic genre like comedy with a personal and innovative look that launches a challenge to new horizons. It has also been awarded to Babylonia Mon Amour by Pierpaolo Verdecchi for the exploration that opens the horizons of documentarian language and for its approach in recounting the real with a filtered look into authorship.

The Bakel Award for the best film as voted for by the public goes to Babylonia Mon Amour by Pierpaolo Verdecchi.

The ANAC Award for the best screenplay goes to Luca Infascelli, Carlo Salsa, Greta Scicchitano and Roberto De Paolis writers of the film Cuori Puri directed by Roberto De Paolis for developing, with the base of a true story, a cinematic story built up with characters, social conflicts and individual passions that they subtract to the banalization of the dominant televised narrative and maintain a realistic trend that never panders to predictable and discounted fictional schemes, particularly those referring to urban peripheries.

The AGICI Award for the best production of an animated feature film goes to Costanza Coldagelli and the Matrioska production for Orecchie by Alessandro Aronadio. A generational dramedy told using an innovative language displaying the Italian panorama that confronts our principal genres- comedy- in no way discounted, bringing life to a little metropolitan cult. The production pointed to young talents such as the director and principal actors, intelligently supporting them with artistic cast members and experienced technicians. A production that can also be distinguished for a streamlined and independent financial construction, but in solid settings thanks to Biennale College Cinema.

The AGICI Award for the best documentarian feature film production goes to Daniele Ietri Pitton and the La Fournaise production for Sagre Balere by Alessandro Stevanon. The production involved 6 film Commissions and Regional funds in the support of this project that displays a rarely recounted aspect of culture, but one that is important and transversal in a society that forgets its convivial roots, music, food…. A manifesto of an ‘Italian life’ that after having conquered the national public has all the cards to reach out to an international public.

The SNCCI Award for the best film voted for by the jury of the Sindacato Nazionale Critici Cinematografici goes to Upwelling La Risalita delle Acque Profonde by Silvia Jop and Pietro Pasquetti for the originality of the vital and utopian look, on social life and politics, through a clever way of recounting the big and little resistances on thought and dominant acts. This is all thanks to the central role of the editing and sound used as creative practices. A film that is over whelming in its complex and affectionate testimony.

The SweeTS4Kids Award for the best short goes to Einstein-Rosen by Olga Osorio.

This year the Prospettiva Award goes to Daphne Scoccia for her magnificent interpretation in Fiore by Claudio Giovannesi; for her adhesion to the character, the maudit charisma and the scenic presence demonstrated right from the start in this debut into the world of film.

The Conferma Award goes to Claudio Giovannesi, for his knowledge of the authorial scene demonstrating his artistic talent, but also having signalled a fundamental trend reversal on the Italian cinematic scene. The special mention from the Migrarti project goes to “Le Afriche Della Nostre Pianure”, acknowledgements withdrawn by Alberto Cicala and Paolo Luigi De Cesare.