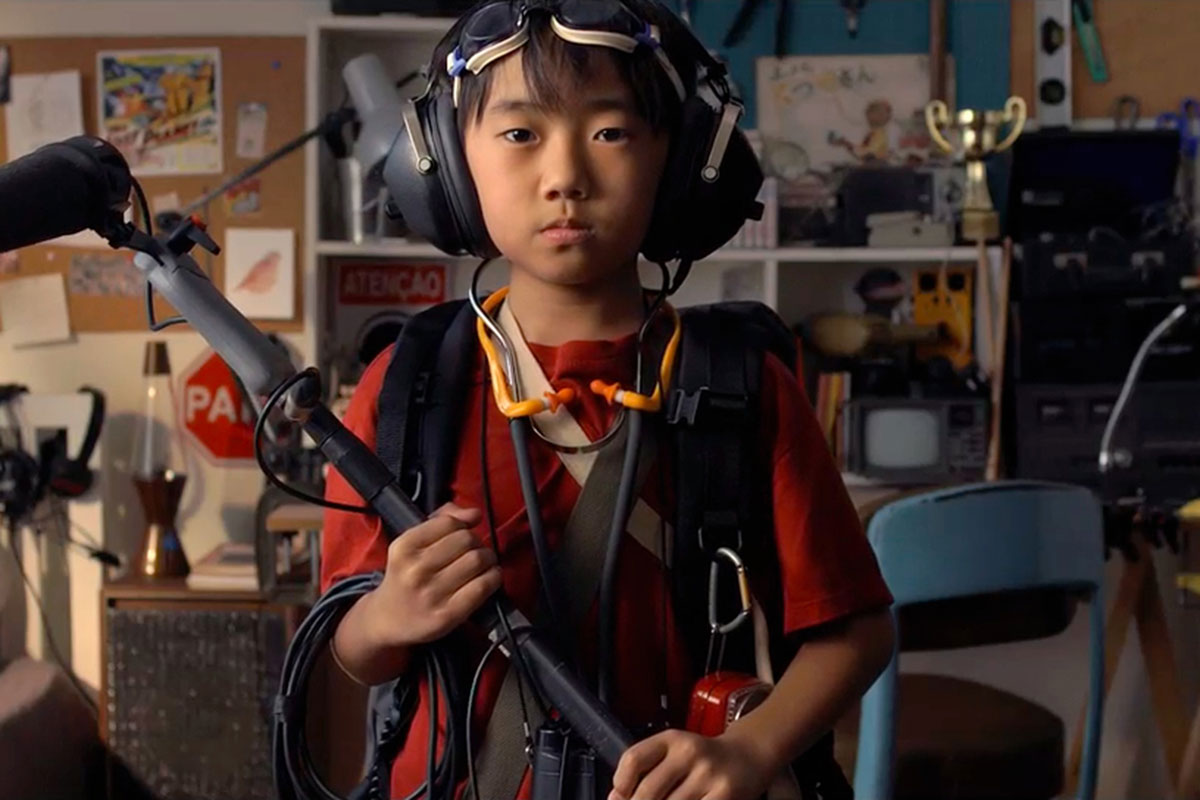 There has been a Public Boom at the ShorTs International film festival brought to you by Maremetraggio: pre-booked seats are now full and ready for the 17th season, with 14,000 important guests, including 20 directors who have arrived from all over the world to assist with the awards, between the Punto Enel, home to meetings and workshops, the Piazza Miela and Piazza Verdi, where the short film festival was proposed, the Ariston Cinema, the place in which the works were initially banned, the homage to Segre, the SweeTS 4 Kids section and some previews, and more meetings at the Palazzo Gopcevich, in the Tergesteo Gallery and in the media room of the Underground Chapel.

There were 94 short films displayed on the giant open air screen, of which a good 35 were Italian. The winner of the Enel Award (5,000 euros for the best short film) had to be the Brazilian Pedro Paulo De Andrade with ‘O MELHOR SOM DO MUNDO’: in which a young boy called Vinicius collects sounds of the world, something that you can’t see or touch and that leads to truly arduous work, especially when he decides to find the greatest unheard sound.

The jury of the Maremetraggio section, which is comprised of Elisa Fuksas (director), Alessandro Corsetti (Rai Cinema), Alessandra Priante (MIBACT), Paul Baboudjian (producer) and Cecilia Dazzi (actress) made this decision due to, ‘the idea- the curiosity of the main characters who innocently bring forward his research, transmitting optimism and vitality, making us empathize with the childs viewpoints. It transmits a great message of love.

IRAQI SUPERMAN by the Iraqee Sajjad Abba wins the MAREMETRAGGIO award for the best animated short ‘for it’s power, like a fist to the stomach. And a won challenge, the first very important, very intimate and very personal step of the essential traits sometimes mentioned that  identify emotions. The ideas, the struggles and the love  are what make this short powerful outside of those means.

The prize for the BEST PRODUCTION goes to ‘HOLE’ by the Canadian director Martin Edralin ‘for the courage of the productive wager. A story about a bumber sticker, of crude and cutting photography that expresses in just one scene, his power. The boldly coloured documented images that don’t fear the shade are at fault and live the experience without education with immediate isolation’

SPECIAL MENTION goes to the Italian ‘BAGNI’ by Laura Luchetti for being ‘a short of indisputable quality for attention to detail, for the poetry of the story which emerges in its dreamy simplicity.’

The AMC jury chaired by Beppe Leonetti and comprised of Alessandro Giordani, Sara Groppi, Eleonora Marino and Patrizio Partino, decided to co-present the award to the winner of the montage  Gemma Barbieri because ‘she created a montage that manages to be lyrical yet also rhythmical, managing to create a balance between the invisible moments and those in which a full scene is characterized, masterfully managing a complex material and making elegant, functional and never off hand decisions. The knowledgeable use of the  technnology serves to enhance the account, making the montage a worthwhile addition to this film, contributing to the narrative development of the parallel stories.’

The UNIVERSAL STUDIOS award for the best Italian short goes to ‘DOVE L’ACQUA CON ALTRA ACQUA SI CONFONDE’ by Gianluca Mangiasciutti and Massimo Loi, the story of Luca, a lonely boy who likes to go night swimming in a pool when there is no one around, and just rest in silence in his own company. Until one Monday an unknown swimmer called Mia interrupts his little nocturnal world. It was selected by the tv broadcaster ‘for the capacity to take life, with lightness, with the essentiality and the  intensity of the poetic language all the while displaying the infantile imagination which continues to live within each of us’.

This work also won the award, OLTRE IL MURO for which the jury were very motivated: ‘A short film that plays to the simplicity and the fantasy of its strengths, where the linear narration blends with a strong overturning of perspective and shocks the viewer, diminishing the wall between reality and imagination, taking it to a level of girlish freedom.’

THE SWEETS4KIDS AWARD for the short for children most voted for by our 101 judges between the ages of 8 and 13, goes to Joost Lieuwma and Daan Velsink from Holland for ‘PANIEK’.

SHORTS SURF THE WEB, the short most voted for on the Triestine online daily paper IL PICCOLO is in fact the Triestine director Davide Salucci’s, ‘IL PRINCIPE’

For the NUOVE IMPRONTE section of the competition, aimed at the first works in the competition, was selected by a Jury comprised of Diane Fleri, Federico Spoletti, Marco Amenta, Marina Marzotto and Thomas Trabacchi, the award was presented to ‘I TALK OTHERWISE’ by Cristian Capucci: ‘spanning over 9 languages, 8 countries and 7 working years I TALK OTHERWISE represents a poetic work, a historical reflection that flows  like the Danube in an account of the modern and visionary style. With the aftermath of Brexit in the air and NATO that is today re-uniting to reinforce the contingency of the East, this film by Cristian Capucci seems non other than a journey through the soul of Europe, an important work for rediscovering the joy and the value in the cultural diversity of Europe, with the true richness of the continent and of the single European Market.’

The award for the BEST ACTOR goes to CORRADO SASSI, for the portrayal of ZIO ARDUINO in ARIANNA by Carlo Lavagna who manages to present a complex, naïve character with  effective characterization. His traits, empathy and sensibility maintain the story to the point of the protagonists turning point. The award for the BEST ACTRESS goes to ONDINA QUADRI, the protagonist of Lavagna’s ARIANNA , for her intensity and the extent to which she gives life to the interior turmoil of the ambiguous, difficult character, generously and courageously portraying the very human experience of a young girl in search of her identity. The BAKEL award of the public for the best work ever seen and most voted for goes to I RACCONTI DELL’ORSO’ by Olmo Amato and Samuele Sestieri.

The SNCCI Jury of critics, composed of Adriano De Grandis, Nicola Falcinella and Giona A. Nazzaro chose the long film I CORMORANI by Fabio Bobbio ‘for its captivating and generous view, auroral and observant in expressing the thrills that accompany the passage to the blurred lines which separate infancy and adolescence. An audacious work and joyous in the way in which it reinvents cinema, vertiginously confounding clues and traces, suspended between so called documentary and the classic novel form. A powerful and moving revelation that contains unto itself opportunities for a hypothesis for the regeneration of Italian cinema by combining experimentation, invention and, above all poetry.’

I CORMORANI also won the AGPCI award for the best Production which went to Mirko Locatelli and Giuditta Tarantelli of I STRANI FILM in collaboration with OFFICINA LAB for ‘having reintroduced talent, giving life to a true and well assembled work in each part of the production. From the photography to the editing, to the postproduction, I CORMORANI expresses love, courage and the great productive capacity to which independent cinema is capable.