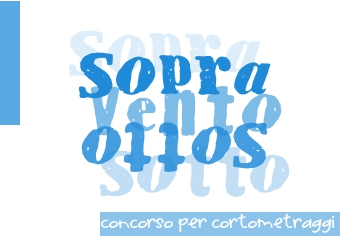 Friday, October 12 at 8 p.m. at the  Portocittà Arena  Barcolana,  date dedicated to lovers of cinema and of going on  the  sea, with the projection of the two winning works of the first edition of “SopraSottoVento”, a discussion with the directors and the launch of the 2013 contest.

Trieste, 10 October 2012 – In the calendar of events on the ground of this 44th edition of Barcolana there will be space for the second consecutive year, also for the cinema. In collaboration with the International Short Film and Debut Work Festival, in fact, on Friday, October 12 at 8 p.m. to the Portocittà Arena Barcolana, on the shores, will be held a meeting dedicated to cinema that tells the sail and the spirit of going on sea. The program includes the screening of the two winning short films of the first edition of the contest SopraSottoVento, “Vento di Sardegna”, by Davide Melis, winner for the professional category, and “Barcolana 2011,” by Dario Gasparo, winner for the amateur category. It will follow the debate with the two directors and the president of the Festival Maremetraggio, Chiara Valenti Omero and the presentation of the second edition of the short films contest “SopraSottoVento”, open to the works of duration of 15’, filmed with any technology of resumption, including videophone, that describes the world of sailing and the spirit of going on sea, or that are dedicated to a sport that uses clean energy as a driving force of the wind. If you also have filmed your shots on a sailing boat or those of others, or if you dream to do it, this is the contest that’s right for you: you can film your race also and win the Barcolana 2013! Up for grabs two prizes, one for the amateur category and one for the professional category, that will offer the opportunity to participate in the next edition of Barcolana. For more information read the rules and download the entry form here.