The young actor co-starring in Mauro Mancini’s film alongside Alessandro Gassmann and Sara Serraiocco will receive the award at the historic Trieste film event, scheduled to be held in the in the city and online from 2 to 10 July 2021.

Luka Zunic is to be awarded the Premio Prospettiva, prize dedicated by the Festival for 12 years to up-and-coming talents in Italian cinema.

ShorTS International Film Festival, the historic Trieste film event organised by Associazione Maremetraggio and scheduled to run from 2 to 10 July 2021 in the city and online, has announced the winner of the Premio Prospettiva 2021. The prestigious award of the 22nd Festival is to go to Luka Zunic, young co-star of the film Non Odiare (Thou Shalt Not Hate) directed by Mauro Mancini (the only Italian film in competition at the 35th International Critics’ Week of the 2020 Venice Film Festival), in which he plays alongside Alessandro Gassmann and Sara Serraiocco in the complex and intense role of a teenager tainted with racial hatred. Luka Zunic won the NuovoImaie Talent Award 2020 at Venice 77 for this performance.

Filmed also in Trieste and distributed in Italy by Notorious Pictures, Non Odiare tells the story of Simone Segre (Alessandro Gassmann), a successful surgeon of Jewish origin who, while helping a man injured in a road accident, notices the tattoo of a Nazi symbol on his chest and decides to abandon him to his fate. A few days later, ridden with guilt, he tracks down the man’s family in a suburban neighbourhood – his eldest daughter Marica (Sara Serraiocco), his teenage son Marcello (Luka Zunic), who shows the same racist inclinations as his father, and little Paolo (Lorenzo Buonora).

The film, produced by Mario Mazzarotto, is an Italy/Poland co-production – Movimento film and Agresywna banda, with Rai Cinema, in association with Notorious Pictures, and was made with the support of the Ministry of Cultural Heritage and Activities – General Directorate for Cinema, the Polish Film Institute and in collaboration with the Friuli Venezia Giulia Film Commission. The film also received three David di Donatello 2021 award nominations for best debut director (Mauro Mancini), best composer (Pivio & Aldo De Scalzi) and best original song (Miles Away by Pivio & Aldo De Scalzi, lyrics and performance by Ginevra Nervi).

Born and raised in Riva del Garda, Trentino, and very young like the character he plays, Luka Zunic showed himself in this film to be an actor of great natural talent, a standout in auditions with his nervous anger and muted fragility that immediately won over director Mauro Mancini. “Luka’s performance, in his first co-starring role, was a gamble we both took and won together”, declared Mancini, “working side by side every day after lengthy preparation in which we left nothing to chance, concentrating on every aspect and nuance of his character”.

The co-director of ShorTS IFF, Maurizio di Rienzo, describes the Trieste Festival choice as follows: “Facial expression, body language, conscious bewilderment and unparented rebellion are the key points of in the remarkable performance by Zunic, a 19-year-old with a clearly precocious ability to balance expressions and silences. Luka has a convincing sensitivity and natural versatility. He really does have… the prospect of a promising future”.

Since its inception, the Premio Prospettiva of the ShorTS International Film Festival has specifically staked on the future of the young talents discovered by the Trieste event each year. Through this award, ShorTS will once again in 2021 turn the spotlight on a promising newcomer to Italian cinema. A gamble which, over time, has been vindicated by the careers of the various recipients of this award from the Festival, including Alba Rohrwacher, Luca Marinelli, Michele Riondino, Matilda De Angelis, Daphne Scoccia, Sharon Caroccia, Francesco Di Napoli and Giulio Pranno.

New deadline for applications for the ShorTS Pitching Training 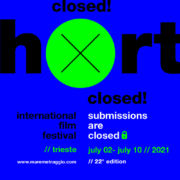 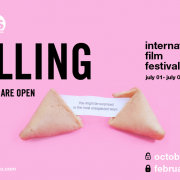 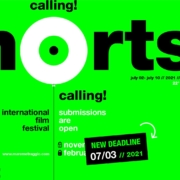 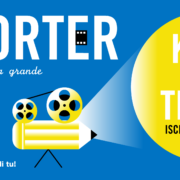 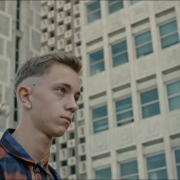