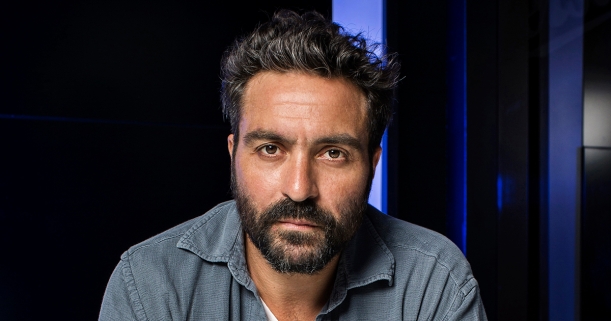 A special online masterclass held by Saverio Costanzo, the acclaimed director of the TV series My Brilliant Friend

ShorTS International Film Festival, organised by Associazione Maremetraggio, to be held online this year from 4 to 12 July 2020, announces the Online Masterclass given by Saverio Costanzo, acclaimed director of the TV series My Brilliant Friend.

The event, free of charge and open to the public, is to take place online on Zoom on Thursday 9 July: details of the masterclass and enrolment will be given out shortly on social media and the Festival’s official website.

“During the online masterclass we will discuss with Saverio Costanzo his inspirations and how his original and introspective viewpoint as a filmmaker developed”, explained Maurizio di Rienzo and Chiara Valenti Omero, directors of ShorTS International Film Festival- “and which focus on theatrical nuances expressed by bodies and souls set within contexts ‘out of this world’. A Palestinian family held hostage by an intrusive Israeli patrol (Private, Golden Leopard prize at the 2004 Locarno International Film Festival and Silver Ribbon for best first feature). A Jesuit isolated among his doubts and vocation in a Venice convent (In Memory of Me). The ring of solitude and lack of communication filled with fear, disillusion and secrets inhabited for years by a couple who later become soulmates (The Solitude of Prime Numbers). The confines of a New York home with the conflicting approaches to child-rearing of two young parents (Hungry Hearts, Coppa Volpi at the 2014 Venice Film Festival for lead actors Alba Rohrwacher and Adam Driver). The studio of a psychotherapist who is in turn in a critical situation (three seasons of the series In Treatment). A Naples brimming with quintessential feminine emotions reworked with powerful sensitivity beyond the original structure of the book (the two seasons of the series My Brilliant Friend). Film locations with architectural details, open to extreme emotions and in which the natural link between remarkable performances and solid directing is highlighted”.

Saverio Costanzo is also to receive the Cinema del Presente 2020 prize, an award through which ShorTS International Film Festival endorses and showcases the extraordinary talent of this Italian film director.

“I’m very honoured to receive this award from the splendid city of Trieste”, said director Saverio Costanzo, “a crossroads of cultures and ideas, which offers, through its Festival, different and vital cinematic viewpoints while maintaining its twenty-year-old tradition and presenting images of the present whose strength is often rooted in the past. The specific focus by ShorTS on short-length films is important and highlights the mission of shorts, that of launching new narratives necessary for the cinema of the future”.

Born in Rome in 1975, Saverio Costanzo is one of the most admired filmmakers on the Italian film scene. In 2004 he directed his first feature film Private, winner of the Golden Leopard award and the prize for best lead actor at the Locarno International Film Festival and later released in over twenty-five countries.

In summer 2006 he made In Memory of Me, filmed on the island of San Giorgio Maggiore in Venice and selected to compete at the Berlinale in 2007. 2010 was the year of his third feature film, The Solitude of Prime Numbers, taken from the novel of the same name by Paolo Giordano which sold two million copies in Italy and was translated into more than thirty languages. The film competed at the 67th Venice Film Festival.

In 2014 he directed Hungry Hearts starring Alba Rohrwacher and Adam Driver. The film was presented in competition at the Venice Film Festival where it won two Coppa Volpi awards for the performances of the two lead actors. Costanzo then directed for Sky Cinema the Italian adaptation of In Treatment Seasons 1, 2 and 3, the HBO series of the same name taken from the Israeli format created by Hagai Levi. In 2018 he directed the first two seasons of the Rai Fiction-HBO series My Brilliant Friend, taken from the first two books of the four-part trilogy written by Elena Ferrante and published in Italy by Edizioni E/O.

A masterclass with Saverio Costanzo
Scroll to top