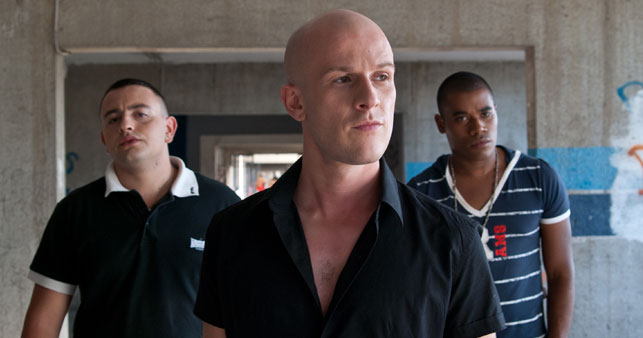 The outskirts of Rome are the backgroud of three stories, parallel at first and interwined with the red thread of drug and criminality afterwards. Marco, after 5 years passed in jail, comes back home trying to find an equilibrium, some normality in his life, far from the illicit traffic that caused his arrest.[:] The attempt to forget his past and to begin a new life is destined to fail: the man, abandoned by his family, is persuaded by his ex fellows, Glauco e Mauro, to start to push drug again. Marco finds himself to live with delinquency again and starts to sell cocaine on a bench of a little public garden. This park will become a little island to him where he will observe other people’s life and reflect on himself. Sonia is an universitary student and works in Sergio’s gambling den. Her attempt to study and to be economically independent is nullified by the harsh reality that surrounds her. The illusion to find comprehension in Sergio and friendship in Marco mixes with tiredness and resignation. The third story is about three boys, Faustino, Massimo and Federico, different one from the others but constricted in a friendship that makes them seem invulnerable. The three boys found themselves trapped in many connected events that will bring them to fight one against each others and against the harsh reality. A moped exchanged with some cocaine will dramatically interlace their lives. The protagonists after their encounter will leave behind them a trail of blood, fire and violence.