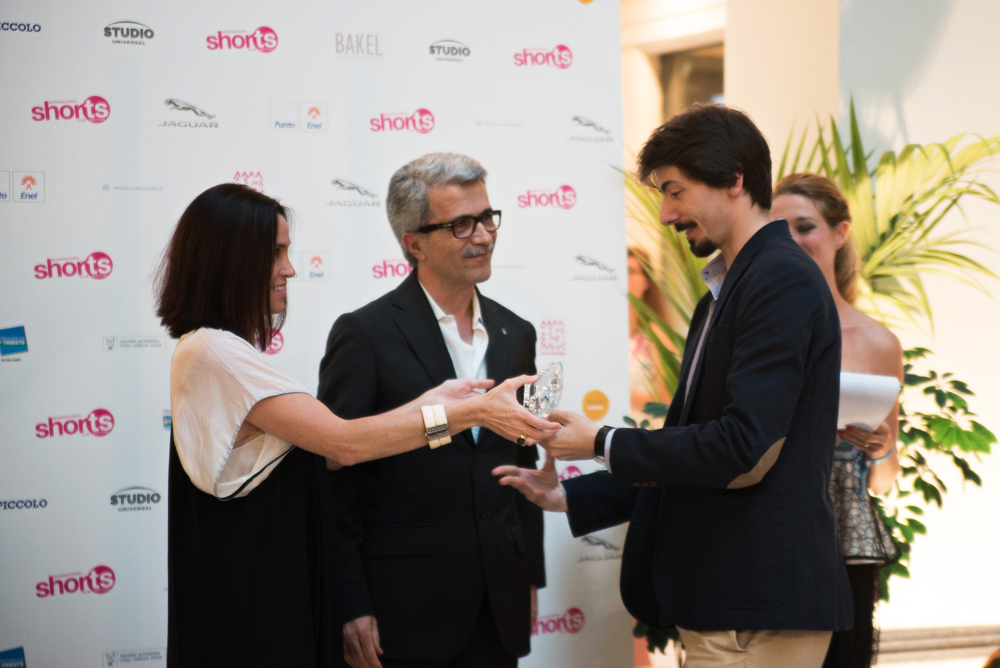 “We decided to award it first prize for its complex and touching emotional representation of care and love that a Father gives to his son, serving in the military and of a sister who, distraught and anxious due to the absence of her brother, still manages to comfort her father.  This film presents an amazingly human point of view on the war, something that reaches out to all those waiting for their loved ones to return home, safe and sound”.

“This film features impressive experimentation with the creative form, which allows us to feel either love or hate.  This Coming-of-Age story translates very well into the screenplay,  with words so potent they almost cut their way into the soul of the viewer. It celebrates its compassionate characters in the violent world ,where there’s no place for mercy for the living. Even cruel tennagers are unable to win over a psychologically tormented kid, who is also a caring son.

The OLTRE IL MURO Award for Best Italian Short Film (the winner is voted by persons serving  sentences in penitentiaries – T.N.) goes to Margerita by Alessandro Grande. Margerita is an intense short with a surprising twist at the end. It tells a story about how music can alter human lives and bring together entirely different worlds.  The movie is about the young Roman thief, Efrem, who is about to commit his first burglary,  an experience that will forever change his life.  This brilliant film was awarded the newly established Enel Green Solution Prize for its positive approach and for the idea that music can help us to connect with one another even when it seems unthinkable.

The Associazione Montatori Award for Best Film Editing went to Il Serpente – Nulla è Come Sembra  directed and edited by Nicola Prosatore, a movie that was chosen in collaboration with Fabrique Du Cinema out of a handful of others that participated in “Un altra chance” with the following reason: “for accompanying the story with well-calculated and varied rhythm and contributing to dramatic tensions in expressive but thoughtful manner ”.

“Ce l’hai in minuto?”, which was directed by Alessandro Bardani and edited by Arzu Volkan, earned an honourable mention “for its elegant and effective editing as a showcase for the genre”. 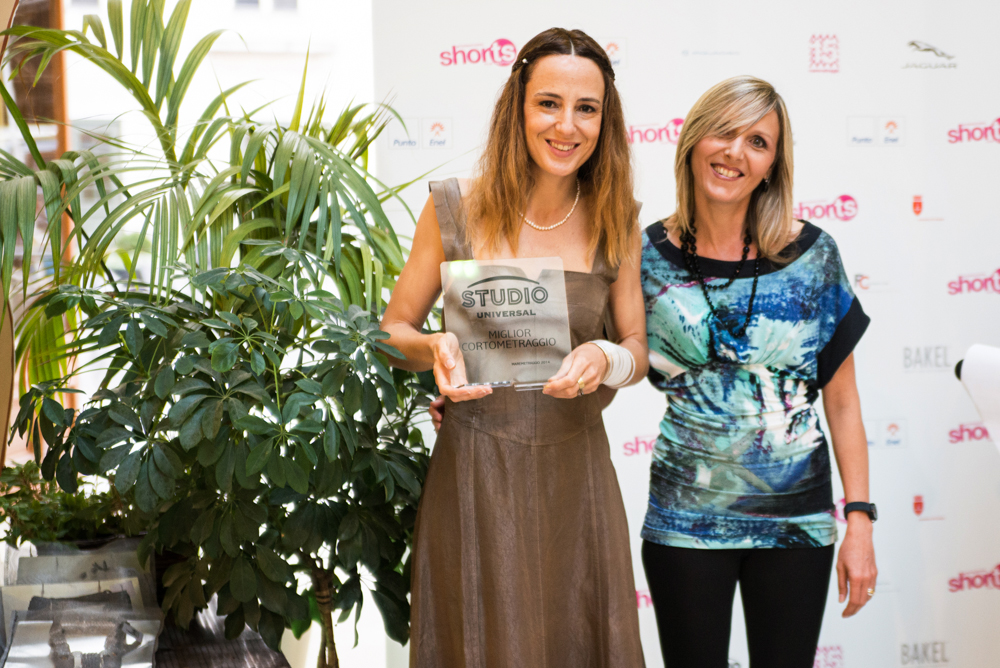 The PIQUADRO Audience Award for Best Short Film went to animated movie Harald by Moritz Schneider (Germany), while The UNIVERSAL STUDIO  Award for Best Italian Short Film was given to reCuiem by Valentina Carnelutti, a film ” with the courage to treat controversial subjects, such as death, with simplicity, thanks to the extraordinary work of the actors and the outstanding editing and its profundity ”.

Wind by Robert Löbel (Germany) and Secchi by Edoardo Natoli have been awarded the Maremetraggio Award for Best Animated Short and an Honorable Mention, respectively. 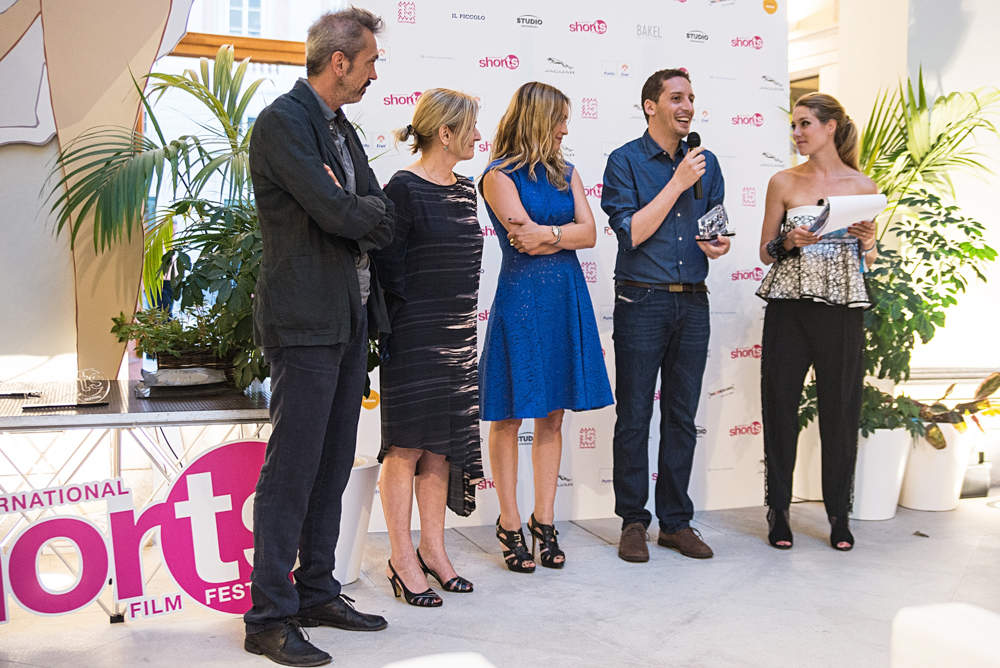 Last but not least,  the NUOVE IMPRONTE Award which is specifically aimed at debuting films, went to Il Sud è niente by Fabio Mollo, chosen by the Jury of experts: Carolina Crescentini,  Gianluca Tavarelli and Donatella Botti.

“It’s a tiny film but cleverly directed and very well shot. Full of ideas and delicate but strong images. It narrates a story of the bridge from adolescence to adulthood in a difficult and complex social environment“.

Miriam Karlkvist, who played the role of protagonist, won Award for Best Actress as she is “an interpreter with a very special kind of emotionality and a great acting instinct. This debut will be remembered as the one that broke the silence ”. At the same time Luca Marinelli was awarded the prize for Best Actor for his work in IL MONDO FINO IN FONDO, directed by Alessandro Lunardelli.

L’arte della felicità by Alessandro Rak received an Honorable Mention for its “free spirited animation that intertwines poetry and philosophy, giving rise to film about politics that can help us to better understand the current situation in our society”. Ci vorebbe un miracolo, directed by Davide Minnella,  was awarded the PIQUADRO Audience Award.

L’ARBITRO by Paolo Zucca was nominated by the Jury for a Critics’ Choice Award for its “precise representation of the cornerstones of Italian national identity– Football and the Country were reviewed using original and uncanny language.  A lovingly ironic and somewhat surreal work,  presented by a young and talented director, capable of merging witty stylistic inventions with humour”.

An Honorable Mention by critics went to LA MOSSA DEL PINGUINO  by Claudio Amendola, a short about “a group of poor devils following their dream”. In the best tradition of Italian comedy,  the director mixes the desperate and the humorous in an elegant and fresh film whose interpreters and plot constitute its advantages”. 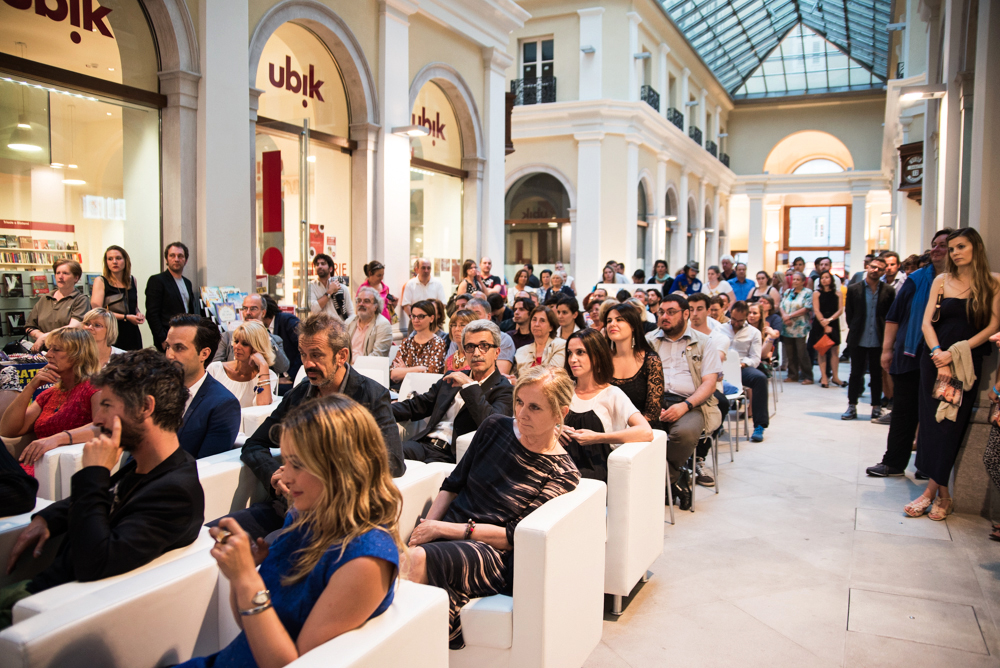