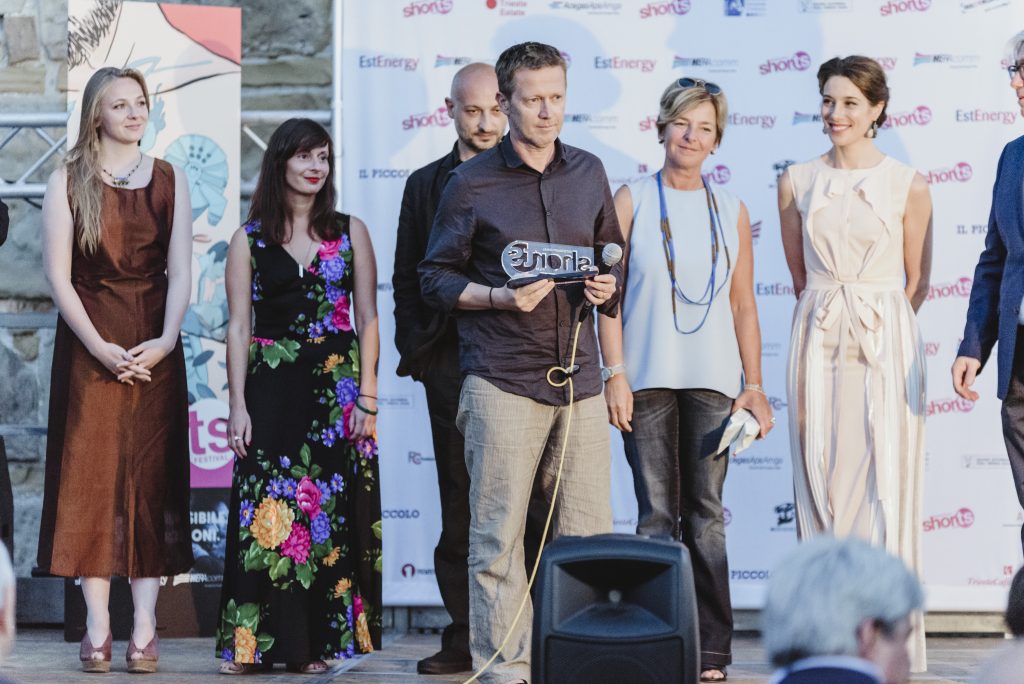 Arriving to the 19th consecutive edition for a film festival means to be a consolidated event with a strong identity, but at the same time to be capable to renew itself and expand its offer by exploring new realities and taking on new challenges.

For this reason ShorTS IFF is constantly looking for new cinematic horizons to explore and on which to propose a moment of reflection. It is very important for the festival to be recognized as a meeting place between professionals and emerging young authors, a place where the basis for future collaborations could be founded.

Aim of the festival is the promotion of young Italian and International cinema, thanks to a quality program rich both in films and extra activities.

In the Maremetraggio section, the best short films from all over the world will compete; selected among the 2017 award winners of the most prestigious international festivals, they will compete for the prestigious 5.000,00 euro prize awarded by a selected jury.

The Shorter Kids’n’Teens section will feature short films for children. This year the section will be divided into two age groups: one from 6 to 10 years and one from 11 to 15 years. The “jury of the 101” will have the task of decreeing respectively the best short for boys and the one for children. They will be joined by the students who, during the year, participated in the cinema workshop organized by the Maremetraggio Association together with some schools.

With a new focus on growth and development, ShorTS intends to expand the scope of the Nuove Impronte section, pushing beyond the research activity of emerging talents in Italian cinema. In fact, Nuove Impronte will become the perfect place for observing, promoting and discussing the present state of Italian cinema.

The Festival will also award the premio Conferma to a director, who has consistently demonstrated his/her artistic talent throughout their career. The premio Prospettiva will also be awarded to an actor/actress for rising star/best newcomer.

In addition to the usual evening screenings in Piazza Verdi and Ariston Cinema, the 19th edition of ShorTS IFF will expand its usual program by hosting a series of meetings with the directors of the films in competition, open to audience and journalists. Round tables will be held by Industry professionals, during which topics on the economic, productive and creative side of the film industry will be discussed.

The meetings will take place in piazza della Borsa, where ShorTS IFF will arrange a space dedicated to all of the activities and collateral events of the festival and, above all, will set up the VR room for the viewing of short films in virtual reality. ShorTS IFF will be the second festival in Italy, after the Venice Film Festival, to have a competitive section for short films made with the VR technique.

After the success of the first edition of the 24H ShorTS Comics Marathon, the contest open to young cartoonists and professionals will be presented again: the participants will have to create a comic strip within 24 hours.

Given the attention always paid to social issues, ShorTS IFF will bring film back into the prison of Trieste, with the inclusion of a number of prisoners, who will form the jury that will award the premio Oltre il Muro for the best Italian short film.

“Virtual” will also be the cinematographic walks of the project Esterno/Giorno, created by Casa 1del Cinema di Trieste. Thanks to virtual technology, the participants will be taken on the inaccessible movie sets where certain movies such as The Invisible Boy, The Best Offer, The Godfather – Part II and the well-known RAI series La porta rossa have been filmed.

Like in past years, ShorTS will take the opportunity to look towards international horizons by proposing a focus on the cinematography of a foreign country to get closer to a new world and discover a different way of making films. For 2018 Spain will be at the centre of the focus thanks to the close collaboration that the festival has been carrying out for years with the Filmoteca Basca Kimuak, which will have the task of selecting some of the best Spanish short films to be shown during the festival.