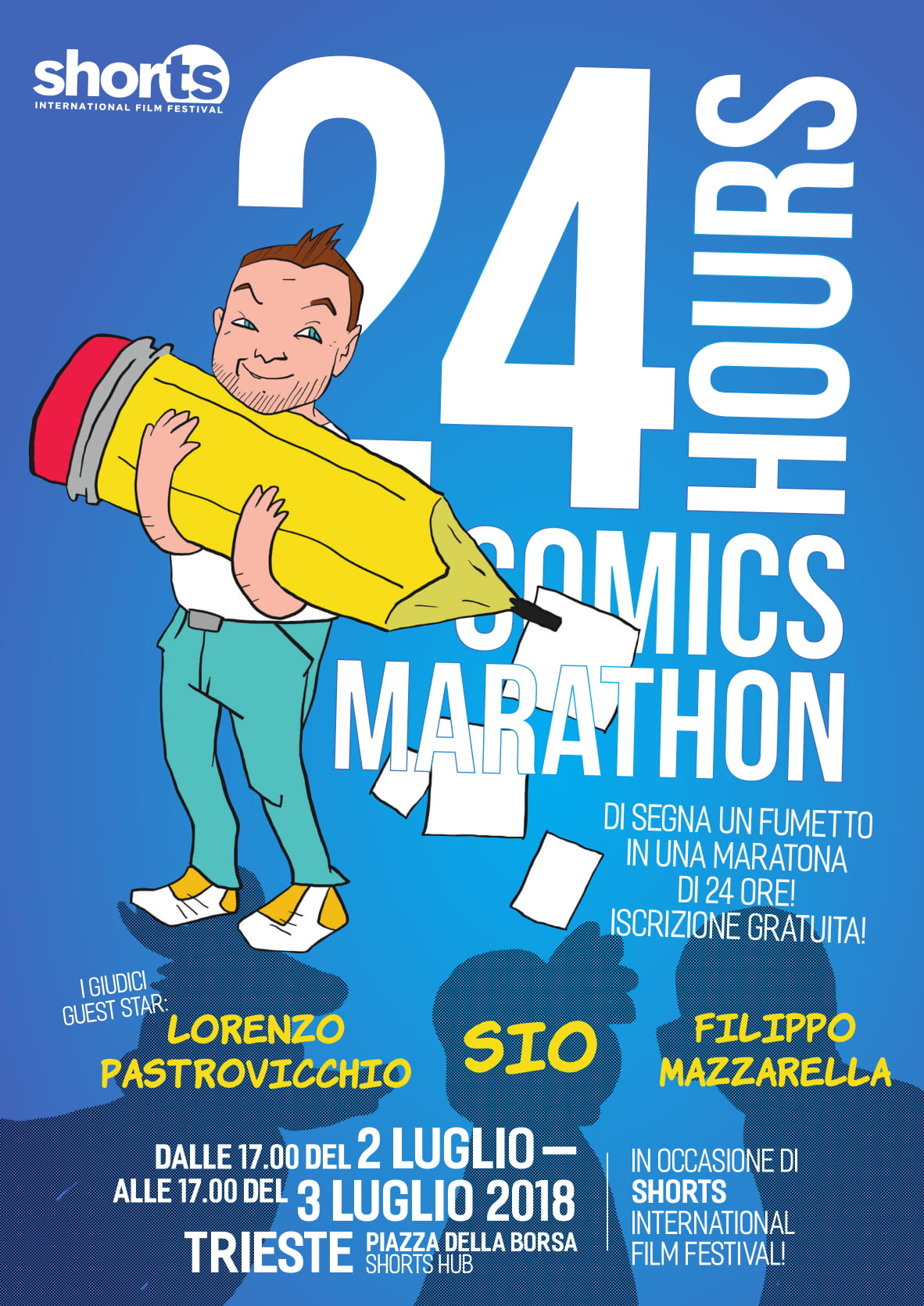 The Trieste-based festival, scheduled for June 29th to July 7th, confirms the second edition of the free contest for illustrators.

From July 2nd to July 3rd in Piazza della Borsa, the participants must, in 24 hours, make a comic strip short with at least 12 panels.

The works will be judged by a distinguised jury made up of Lorenzo Pastrovicchio, the celebrated illustrator of PK, cartoonist and youtuber Simone “Sio” Albrigi, and film critic Filippo Mazzarella.

Returning to the ShorTS International Film Festival, scheduled in Trieste from June 29th to July 7th, is the second edition of 24H ShorTS Comics Marathon. This is a free contest for illustrators of any age who want to challenge themselves with a true artistic marathon during which, in just 24 hours, they will have to make a comic strip short of at least 12 penned and/or coloured panels, each of which must contain a cartoon with square dimensions. The event will take place in Piazza della Borsa from 17:00 on Monday July 2nd until 17:00 on Tuesday July 3rd. Participating in the contest is free and open to up to a maximum of 20 people. Participants must enrol by no later than Monday 25th June 201. At this link you can consult the rules and find the registration methods.

Judging the works will be a distinguished jury composed of experts from the artistic and cinematic industries: Lorenza Pastrovicchio, the celebrated illustrator of PK and winner of the prestigious Topolino d’Oro, the journalist and film critic Filippo Mazzarella, and the cartoonist and youtuber Simone “SIO” Albrigi, creator of the fortunate Scottecs channel which today has over 1.5 million subscribers. The winning cartoon will subsequently be published and distributed for free.

Moreover, at the end of the marathon on Tuesday July 3rd, SIO will show his skills with the “15 comic strips in 30 minutes” performance: a true challenge in which the cartoonist will create 15 comic strips in half an hour.