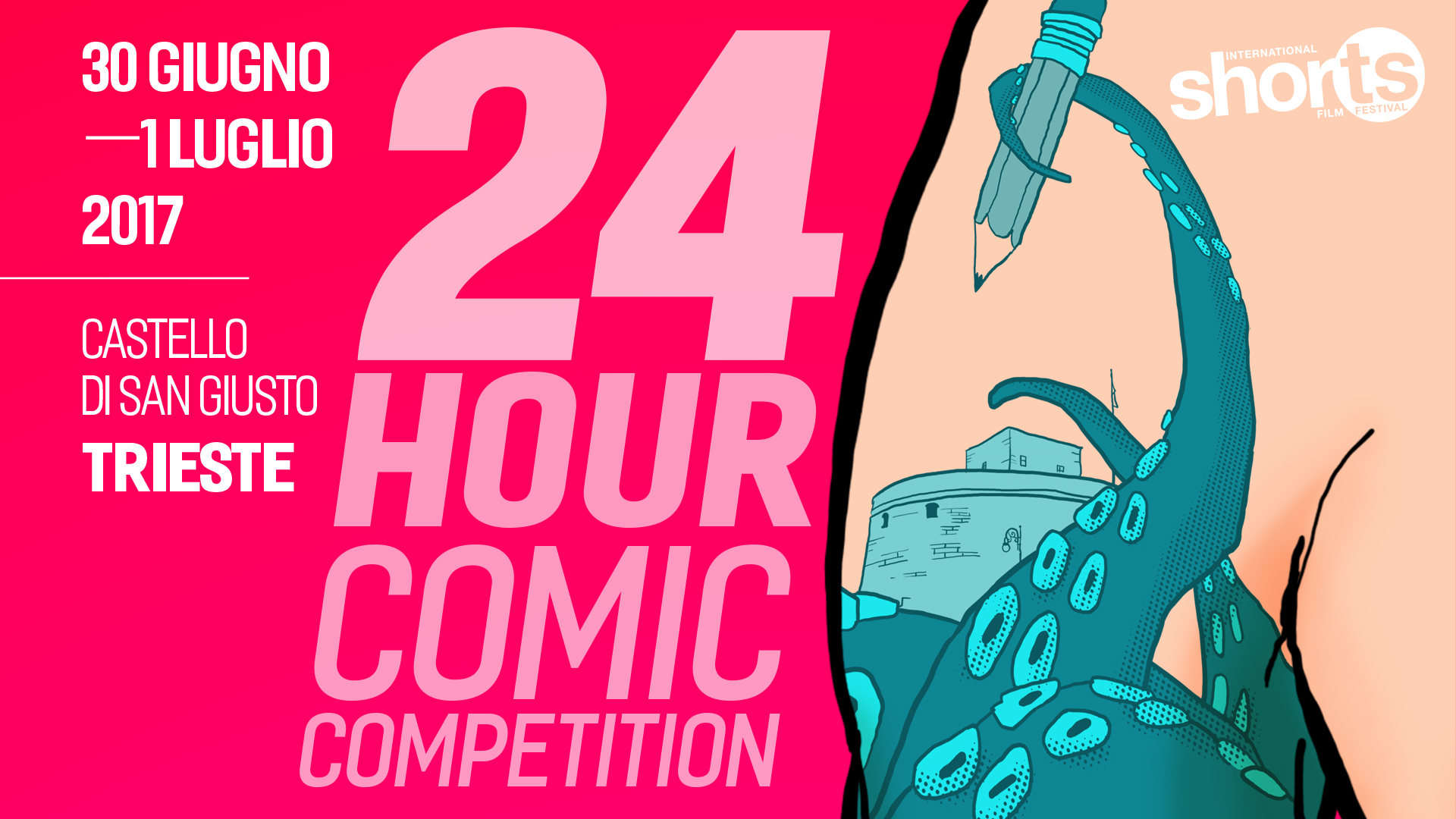 Comic strip competition calls on artists 16 years +, professional or not.

Challenge: To design a 4 part comic strip bring to life a screenplay provided by the organization. The total number of participants will be divided into three groups. Each group will be assigned part of the screenplay, originally created for a short film, which has also been divided into three parts.  At the end of the process a specialized jury will declare the best works from each group.

The three best works will be published in Il Piccolo and will be mounted and animated using comic motion technology. It will then be projected onto the big screen at the final evenings of the ShorTS International Film Festival. Whats more, there will also be other great prizes thanks to our partner events Neopolis- lo spazio dell’immaginario and Elio tecno service.

Other than the screenplay, the organization aims to provide the artists with basic support throughout the creation process, providing pencils and trademarked paper as well as indications for the location and for the physical attributes of the characters, which can be used as technical indicators on which to base the character.

The event will be divided into two sections, each 12 hours in length:

The location is the backdrop of the Castello San Giusto in Trieste.

To enter, send your candidacy via email to the address office@maremetraggio.com, indicating in the objective box ‘24HCC’ and your name. You have from Monday 26th May 2017 until Monday 12th June 2107. Please also include the following information:

You are also asked to attach at least three works in a jpg. format for the awards commission.

The jury will be comprised of 4 professionals from the world of comics, including Stefano Disegni, Laura Scarpa e Roberto Peri..

Participation in the contest is overseen by a jury selected by the organization.

Sending the submission provides the captured vision and adherence to the current regulations.