Pitching is a tool used by screenwriters and directors to tell their stories within a limited time frame. It is used in various situations in the film industry (for example to attract a producer’s attention, to talk to the crew or with funding bodies). Although pitching has its limitations, it allows the audience to get a sense of the theme of the project and to understand whether they feel a connection with it, through the choice of words, the focus, the emotions experienced by the speaker.

In collaboration with the Centro Nazionale del Cortometraggio and thanks to the training support of Massimiliano Nardulli (expert in the field of training and creation of script strategies and script advisor to important national and international organisations, both for shorts and feature films) who will be assisted by Giovanni Vanoli (script advisor and directing consultant for several short films, as well as collaborator of Mediaset, one of Italy’s main broadcasters), ShorTS International Film Festival presents this year the fourth ShorTS Pitching Training. An intensive workshop to provide participants with the necessary tools to create an effective and persuasive pitch. It mainly targets young directors who have a short in the pipeline and who, after a 48-hour training course, divided into plenary sessions and one-to-one meetings, will have the opportunity to present their project to some major distribution companies, both nationally and internationally. The workshop, after a preliminary screenwriting support phase, will be held from 2 to 4 July, in online mode, with the training part taking place through private meetings on the Zoom platform.

Five projects from three countries (Italy, Greece, Malaysia) have been selected for ShorTS Pitching Training 2021, in which the filmmakers, in addition to being young, show particular sensitivity to the themes of migration, alienation and non-integration, and the search for a difficult balance in the most intimate family dynamics. All with an innovative, fresh and never predictable perspective.

As part of the collaboration between ShorTS International Film Festival and the Centro Nazionale del Cortometraggio, Alessandro Giorgio is to take part in the final scheduled meeting, selecting one project from those presented at the ShorTS Pitching Training that will be invited to guest at the sixth Torino Short Film Market. 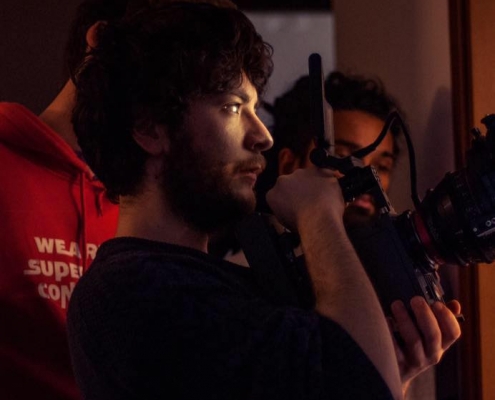 Alida, an Albanian water polo coach, lives in the Sardinian hinterland close to the lake of Mulargia, a place far from the tourist routes. An ambiguous glance exchanged with one of her pupils suddenly jeopardizes Alida’s life. 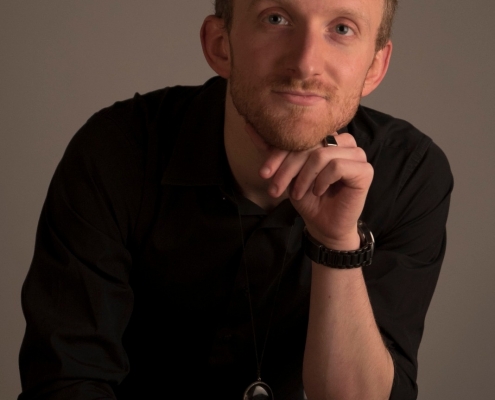 After a break in at the cemetery, a deformed cremationist must defend himself and the decomposing corpses he studies from the hands of a group of inebriated teenagers. 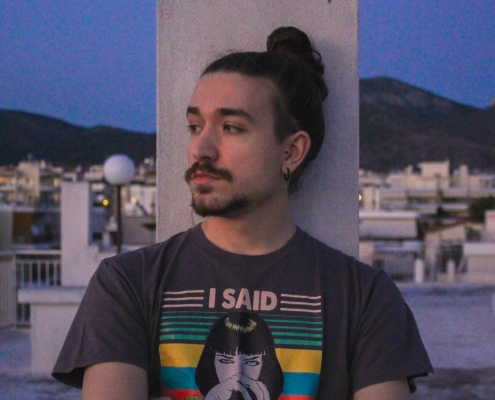 When 17-year old Xenia steals some of her insomniac grandma’s sleeping pills, she aims at giving them to her parents without them understanding. Is it just a teenage folly, or is there something deeper going on? 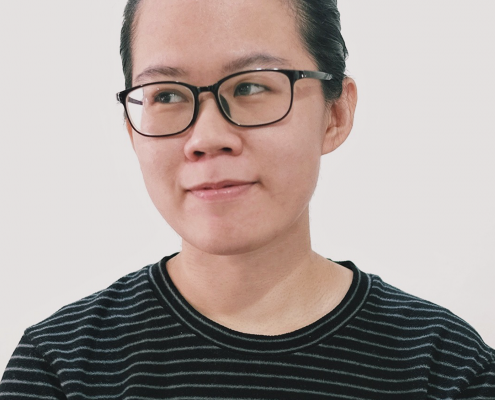 In Malaysia National Service Camp, a Chinese female trainee is commanded to lead her multiracial female comrades in the Malay-Muslim tradition of washing stained sanitary pads. In the midst of anxiety, she questions her identity. 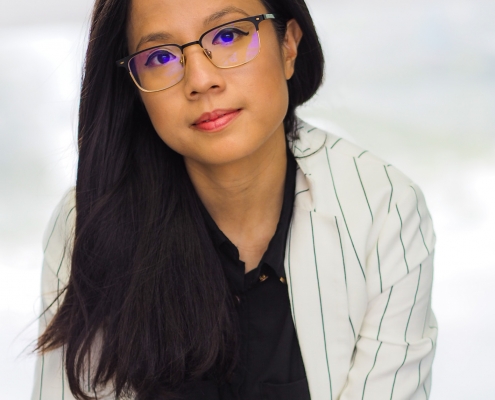 LAURA LOW, YOUR HAPPINESS IS MY HAPPINESS

Emily spends long hours in the hospital taking care of her ailing aunt who is stricken with cancer. One day, her aunt reveals a secret to her that she has to keep. A tale of reality and reverie intertwining. 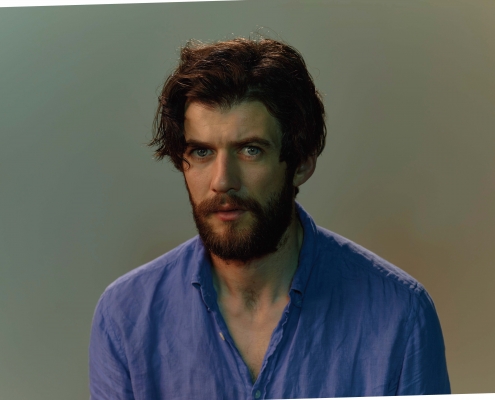 Ciarán is an award-winning producer and filmmaker who cut his teeth on the French feature film L’ascension. He was awarded the Puttnam Scholarship for 2020 – a unique mentoring opportunity with Oscar Winner David Puttnam. Ciarán is a member of the Irish Film and Television Academy and the EFA and has been selected in the EAVE special producer’s programme.

Rockall Films
Rockall Films is a European content production company, working on narratives that drive change. Our aim is to create ambitious, imaginative and relative content for the global market. We are based out of Ireland, working in collaboration with the best European and emerging creative talent. Right now we are developing a healthy slate of movies, TV projects and short-form content that will enable us to sustain and grow the company. Projects include Who Is Josephine (Screen Ireland) MLHB (BBC) and White Pudding Supper ( BFI). 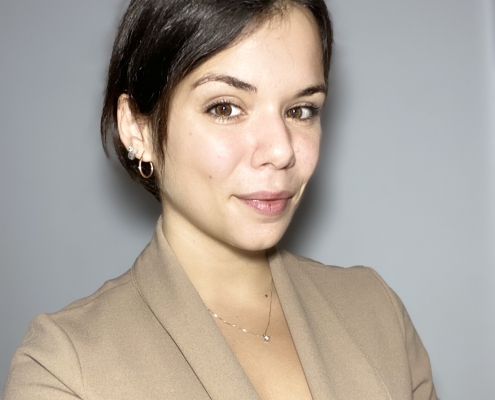 Mediterraneo Cinematografica
Mediterraneo Cinematografica is an independent Italian audiovisual production company, founded in November 2014 with the aim of creating quality authorial products.
Its founders, Giuseppe Marco Albano and Angelo Troiano, previously founded Basiliciak Cultural Association in 2008, and following various successes went on to develop their passion for cinema further with Mediterraneo Cinematografica.
The company enjoyed success with some of its first productions, which featured at major Italian festivals, but it is with the productions directed by Giuseppe Marco Albano that it confirms its presence on the Italian independent film scene. Such productions include Stand by me and Thriller.
In 2018, the Mediterraneo Cinematografica began a partnership with two of the three film outputs planned for the event Matera as European Capital of Culture 2019.
Several projects are in the line-up for next year and passionate work is being put in by the company’s dedicated members and collaborators, including the three offices of Matera, Bari and Milan. The company looks to the future with great ambition and enthusiasm. 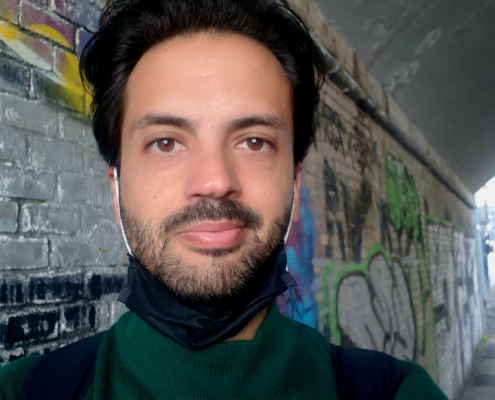 A graduate in screenwriting from Centro Sperimentale, he has written screenplays for fiction and documentary films – L’attesa by Piero Messina, starring Juliette Binoche and in competition at Venice Film Festival, Non è un paese per giovani, by Giovanni Veronesi and The Rossellinis, by Alessandro Rossellini. He is a producer in charge of creative and editorial aspects at Lumen Films.

Lumen Films
Set up in Rome in 2013, Lumen Films develops projects by young creatives who light up stories with a fresh focus on cinema, seriality and the world around us. It has produced short films and documentaries, including the feature film Bajkonur, Earth by Andrea Sorini. The film La tana by first-time director Beatrice Baldacci, a Biennale College Cinema winning project, is currently in post-production and is to be presented at the Venice Film Festival 2021. 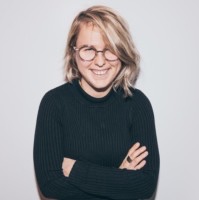 Ilse Schooneknaep has a master in Communication Science, a Master in Film Studies and won a Fulbright Scholarship for an internship in the US. She’s currently finishing her Phd on the digitalization of film distribution and European audiovisual support mechanisms designed to boost distribution. She works as a producer and is currently linked to Borgerhoff & Lamberigts TV. 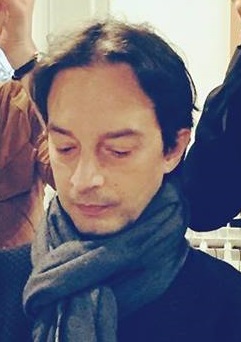 Ph.D. in History of Cinema at the University of Turin, he studied Danish silent cinema. For several years he oversaw the programming and retrospectives of Cinemambiente International Environmental Film Festival. Since 2014 he has been distributor and producer for Withstand, an independent production company that deals with animation and documentaries. He is among the organizers of the TSFM since the first edition and is the programmer of the Italian Short Film Center.

Centro Nazionale del Cortometraggio
The Centro Nazionale del Cortometraggio is the main project of AIACE Nazionale, which has been working for the promotion of film culture since 1962. Promotion agency and film library of Italian short films, since 2007 the CNC has been the favorite representative of foreign buyers, distributors, festivals, and producers who intend to operate in the field of Italian short films, and of national operators for international promotion. The CNC works as an intermediary between Italy and abroad and vice versa.

Torino Short Film Market
Torino Short Film Market (TSFM) was founded in 2016 as an international market primarily focused on short films. It is the first in Italy. TSFM aims to not only promote the growth of the short film industry in Europe but equally so worldwide. Additionally, TSFM’s goal is to improve the impact of the short film and its professional industry on the broader film business and at the same time to nurture the development of new cinema authors and talents.