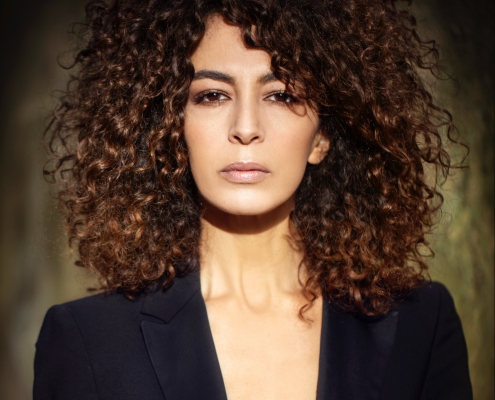 Nadia Kibout is actor, author and director. Born in France to Algerian-Mauritanian parents, she lives in Italy and speaks five languages. Her current projects include the short Bucce and the feature film Luna di pietra, following on from the success of the award-winning short Le ali velate. Recent acting roles include those in the TV series Nero a metà 2 on Rai1, directed by Marco Pontecorvo, and Vita da Carlo, by Carlo Verdone. In cinema she has been directed by Alessio Cremonini (Sulla mia pelle) in the film Profeti and by Mario Vitale in L’afide e la formica. 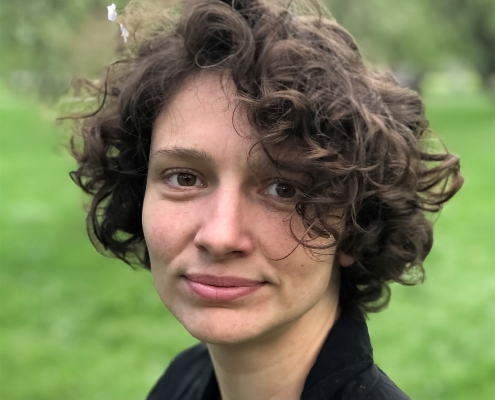 Ella Cieslinski was born in Versailles in 1990. She spent part of her childhood in Brazil, Germany and the United States. After finishing high school, she moved to Uruguay, where she worked at the production company El Camino Films in Montevideo. At the end of 2017 she graduated as a screenwriter from the University of Film and Television Munich. During her studies, she wrote and directed several short films. She also works as a dramaturgical and artistic advisor. Her screenplay Schon wieder Herbst received the Screenplay Award at the Sehsüchte International Student Film Festival in 2018. She is based in Berlin. 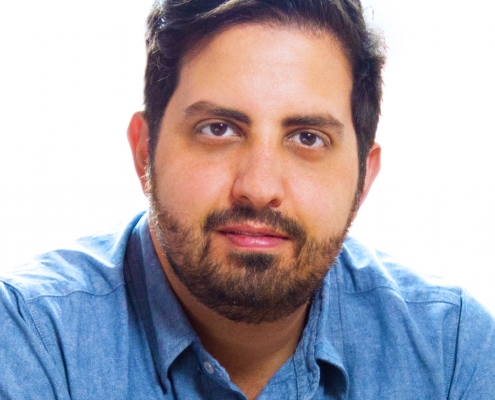 Amos Geva is the international manager of T-Port, the online platform for short & student films supported by MEDIA. His background as a filmmaker and independent producer focused on international co-productions brings him to the forefront in building bridges between the film industry as a business and young talents as filmmakers. An alumnus of TAU and the Atelier Ludwisgburg-Paris, Geva has won numerous awards in renowned international film festivals both as director and producer. 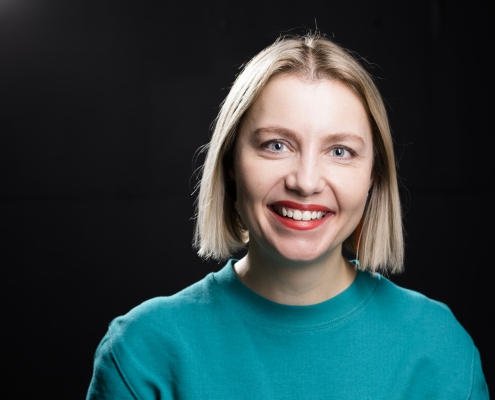 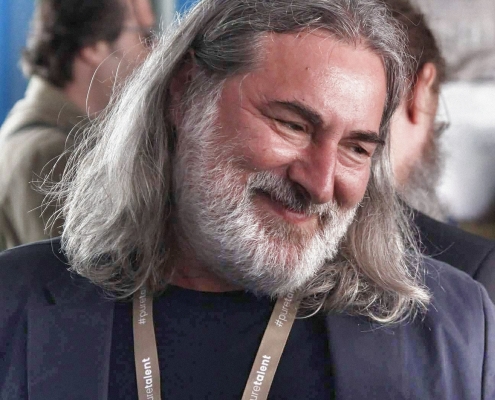 Ilir Butka is a film director and producer. He was one of the founders and former director of Tirana International Film Festival. In recent years he produced successful movies such as Honeymoons by Goran Paskaljević and La nave dolce by Daniele Vicari. Ilir Butka served as a member of film selection board of the Albanian National Center of Cinematography and of the Kosovo National Center of Cinematography. He also served as jury member in several film festivals. He is the co-founder of the Balkan Film Market and he is also in charge of the Albania Film Commission. Ilir Butka is a member of European Film Academy. 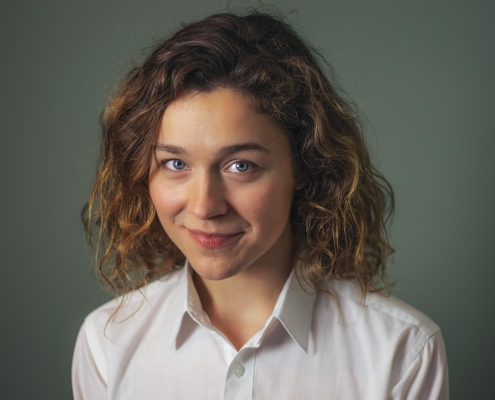 Aiste Dirziute is a Lithuanian film actress, best known for her role as Auste in The Summer of Sangaile: the film premiered in Sundance Film Festival in 2015. The success led to years full of festivals and Aistė was noticed by film critics and creators. She became the first Lithuanian actress named as one of the European Shooting Stars. Her last work was in the blockbuster Men in Black 4: International. In 2019 Aistė was hosting European Film Awards in Berlin. She is not only an actress and an aspiring screenwriter, but also known feminist and fighter for equal rights and LGBTQ+. Aistė Diržiūtė is a member of European Film Academy. 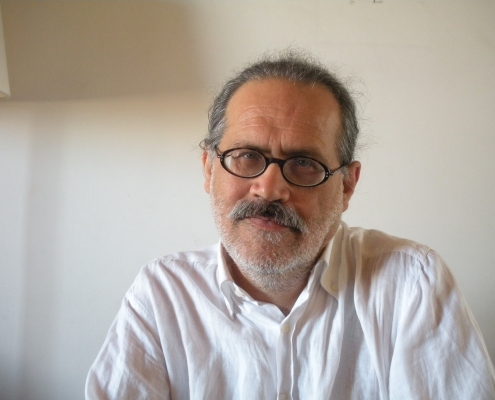 After graduating from the Academy of Fine Arts in Naples, Giuseppe M. Gaudino attended DAMS, specialising in Performing Arts, in Bologna. He graduated in 1982 from the Centro Sperimentale di Cinematografia, Rome, in Scenography, and then went on to specialise in Film and Television Direction.
After several short films, documentaries and work in the theatre as both director and set designer, he made the film Aldis, which was invited to several festivals. From 1995 to 1997, he made the feature film Giro di lune tra terra e mare, which competed at the Venice Film Festival.
At the XIV Mostra Internazionale del Nuovo Cinema di Pesaro in 2000, Gaudino was awarded the CinemAvvenire Prize as Emerging Author of Italian Cinema of the 90s. 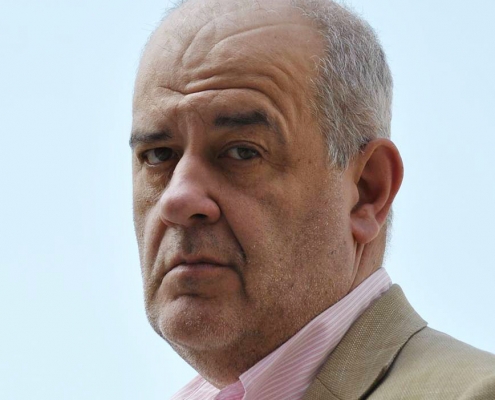 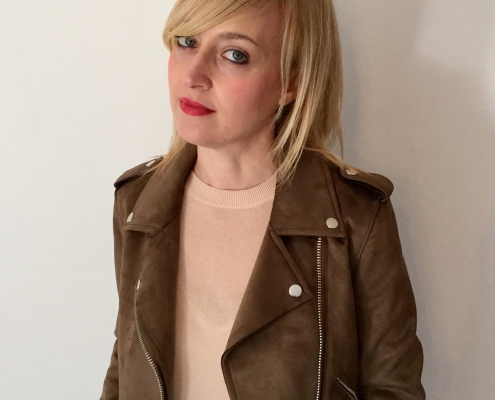 Gemma Lanzo, graduate of the University of East London in Visual Theories: Film History, after an MA in Multimedia: Production, Cultures and Theories worked in media in London. In 2009 she set up Gemma Lanzo Editore, specialising in film. Since 2016 she is co-founder and communications manager of the architecture and engineering company MAS – Modern Apulian Style for which she curates, among other things, MAS WEEK, the festival of architecture, design and art in Taranto. Journalist, film critic, member of FIPRESCI (Fédération Internationale de la Presse Cinématographique) and national council member of SNCCI (Sindacato Nazionale Critici Cinematografici Italiani), she collaborates with various national newspapers including Alias – Il Manifesto and with Gigi Marzullo’s programme Cinematografo, broadcast on Rai1. 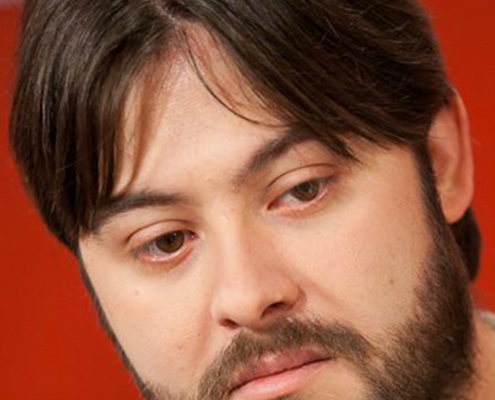 Raffaele Meale was born in Rome and is a film critic and programmer. He is the founder and editor-in-chief of the online magazine Quinlan.it and also manages Cinecriticaweb, the magazine of the Sindacato Nazionale dei Critici Cinematografici Italiani, of which he is a board member. He is a member of the selection committee of the Mostra Internazionale del Nuovo Cinema di Pesaro and he works as a consultant with the Giornate degli Autori, a separate section of the Venice Film Festival. He is the author of various essays and has edited the two volumes of Nihon Eiga. Storia del cinema giapponese with Enrico Azzano. He has also published for Arcana the essay called Fuori i compagni dalle balere. Viaggio nella musica dell’Emilia-Romagna.

For a city on the water like Trieste, accustomed to the large, deep screen of the sea, the cinema is something more than just a mere cultural interest. It reveals, under the radar, a sort of deep-rooted vocation written into things themselves, an attempt – if you like – to open up to a breadth of vision that the art of the best filmmakers, on a par with seascapes, is able to bring us.
This is why the Hera Group, with a presence in the area through AcegasApsAmga, has decided to maintain its partnership with the ShorTS International Film Festival, which last year too – despite the difficult situation caused by the pandemic – found in this teamwork the best formula for moving forward and continuing to enchant its audience. We are sure that it will do so also in 2021, a year that began under definitely better auspices and which, precisely for this reason, requires us to lift up our heads and look far ahead, helped also by the power of imagination that cinema is capable of expressing, albeit within the short space of a short film.
A jury made up of Hera Group employees has opted to participate and will award the AcegasApsAmga prize for the best Italian short at the event, testifying to a partnership that truly involves the company and the people who work there every day to constantly improve the services supplied to the public. A great celebration of art and culture, therefore, which the Hera Group and AcegasApsAmga continue to support wholeheartedly, greeting with enthusiasm its return to the open air, in Trieste’s Giardino Pubblico, the image of an area which is good to cultivate but even better to enjoy together again.

Also this year the judges will be you!
All the short films belonging to the Maremetraggio and ShorTS Virtual Reality sections, as well as the feature films in the Nuove Impronte section can be voted for by the public. You will be able to make your judgment using the sheets that will be given out each evening before screenings, giving each title a vote out of 5 (with 1 being the lowest, and 5 the highest). During the awards ceremony on Saturday 10 July, the winners for best short film and best feature film will be revealed, and awarded the Audience Award.