Assaf’s shorts have been selected for festivals such as Venice, the Berlinale, Locarno, Sarajevo, the BFI in London, Palm Springs, Seattle and Raindance. His films have won numerous awards and have been sold for distribution to HBO, ARTE, Mediaset, SBS, SVT, Pacific Voice and Télé-Québec. An alumnus of Locarno’s Filmmakers Academy and Berlinale Talents programme, Assaf is currently raising funds for his debut feature while developing several projects both for the small and the big screen. 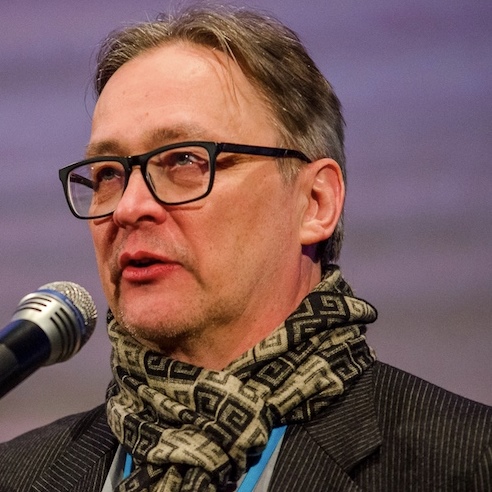 Jukka-Pekka Laakso is the festival director of Tampere Film Festival and has been involved with selection and programming since 2000. He shares the responsibility for strategic planning and programming with a co-director. He has been a member of more than 50 juries at film festivals including Edinburgh, Locarno, Festival du Nouveau Cinéma in Montréal and Morelia Film Festival in Mexico. Jukka-Pekka Laakso is also executive director for Pirkanmaa Film Centre, a local film centre in Tampere. This is a non-profit organisation that runs an art house cinema, distributes films in Finland and works extensively with media education. He is also a member of the European Film Academy. 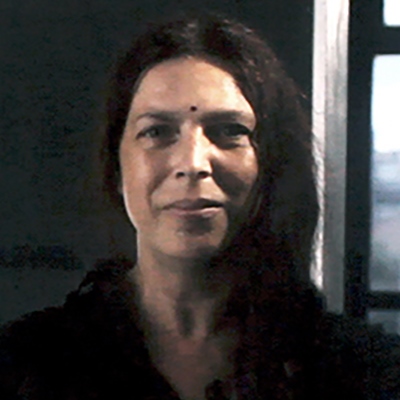 Alessandra has directed music videos and commercials, winning a Bronze Lion at Cannes, as well as video artworks exhibited in art museums, including the Academy of Fine Arts in Beijing, MART and Macro. Her films have been selected for festivals such as the Flanders International Film Festival Ghent, Venice Film Festival and Toronto Arthouse. In 2018 she won the special prize for innovation at the Nastri d’Argento. She teaches directing at the Centro Sperimentale di Cinematografia and at the IED (Istituto Europeo del Design) in Milan. In 2019 she was selected for the Film Production Residency in South Korea for the UNESCO network.

In its setting in piazza Verdi in Trieste, ShorTS International Film Festival has in recent years represented not just a summer event but one which narrates a city with a thousand faces using a medium which best illustrates it, film. Events of recent months have also demonstrated this festival’s capacity for starting afresh, returning in a new digital format. The tendency towards innovation, alongside the important local presence, underly the support AcegasApsAmga has for years brought to ShorTS. For the 2020 festival the multiutility is once again to award the AcegasApsAmga prize to the best Italian short film. Staff from the entire Hera Group had the possibility this year of applying to be jury members, a scheme which achieved considerable success also thanks to the new digital format of ShorTS. This therefore produced a diverse jury of around 40 members from many different areas, from Trieste to Udine, from the Veneto to Emilia Romagna, and Tuscany. This initiative is part of longstanding collaboration aimed at adding value to the city. AcegasApsAmga and ShorTS have in fact organised collateral projects for the event to involve residents of all ages, from the production of shorts with children and young people to the setting-up in 2019 of the AcegasApsAmga prize. This experience has proved once again the importance of cooperation and sharing, vital factors in a company such as AcegasApsAmga, with its deep-rooted links to the area, which aims at ongoing improvement to services, also thanks to the know-how shared with a major Group such as Hera. Born in Milan, yet with Sicilian and Calabrian roots, Linda graduated from the Civica Scuola d’Arte Drammatica Paolo Grassi in 2011. This was followed by work with organisations such as Teatro della Tosse in Genoa, the group Fonderia Mercury in Milan, RSI (Radiotelevisione Svizzera Italiana) and Teatro Due in Parma, which was the first to host the monologue Blu by Laura Forti, directed by Giampiero Judica, in which she starred. With other young graduates from the Paolo Grassi school she founded in 2016 the theatre company The Baby Walk, selected by Antonio Latella for the Biennale Teatro 2017. For her first experience in front of the camera in 2013 she starred in Antonia, the first work by Ferdinando Cito Filomarino and a portrait of the troubled Milanese poet Antonia Pozzi. She was later directed by Marco Tullio Giordana in the film recounting the tragic story of Lea Garofalo, in which she plays the daughter, Denise. In the same year, again for television, she acted in the film Felicia Impastato in the role of Felicetta and later in Donne, an innovative project based on the book by Andrea Camilleri and directed by Emanuele Imbucci, in which the world of women is portrayed through the unusual perspective of an intellectual. 2017 saw her starring in the role of Karole in the independent film Mamma + Mamma by Karole Di Tommaso, which tells of the love between women and the maternal instinct. In the same year she was on the set of Ricordi? by Valerio Mieli alongside Luca Marinelli, in which she plays the role of Lei. The film was presented at the Giornate degli Autori at the 75th Venice Film Festival and won her the Nuovo Imaie Talent Award, the Mariangela Melato award as best leading actress at Bif&st 2019, the special Graziella Bonacchi Nastro d’Argento and the recent nomination for the David di Donatello as best actress in a leading role. She recently ended both shooting of the film by Paolo Genovese, Supereroi, with Jasmine Trinca and Alessandro Borghi, and that of the film Lacci by Daniele Luchetti, alongside Luigi Lo Cascio and Alba Rohrwacher. 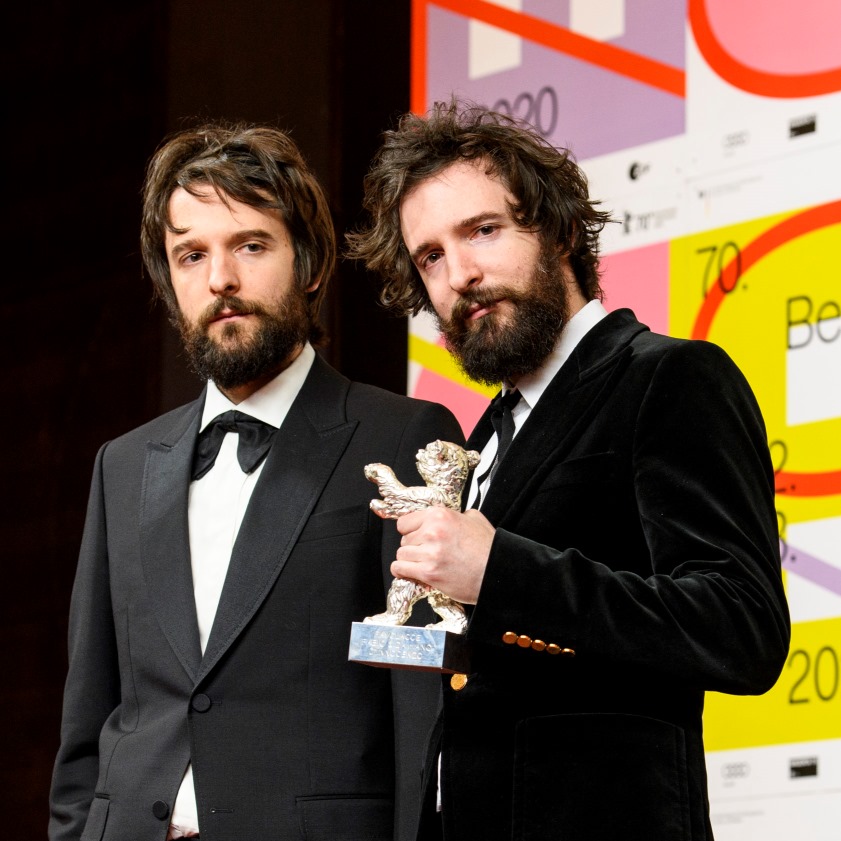 Twins Damiano and Fabio D’Innocenzo were born in Rome in 1988. From an early age they were keen on painting, photography and poetry and, without specific training in the cinema, started to work as ghostwriters. In 2018 they made their first feature film, La terra dell’abbastanza, and had the opportunity of presenting it in the Panorama section of the 68th Berlinale. The film obtained numerous national and international awards including the prize for Best New Directors at the Nastri d’Argento 2018. They later were given the chance to work on the screenplay of Matteo Garrone’s film Dogman. In 2019 they published with La Nave di Teseo their first collection of poetry, Mia madre è un’arma. In 2020 they published with Contrasto their first book of photography, Farmacia notturna. Their second film as directors, Favolacce, was selected in competition at the Berlinale 2020 and won the Silver Bear for best screenplay, which they also wrote. 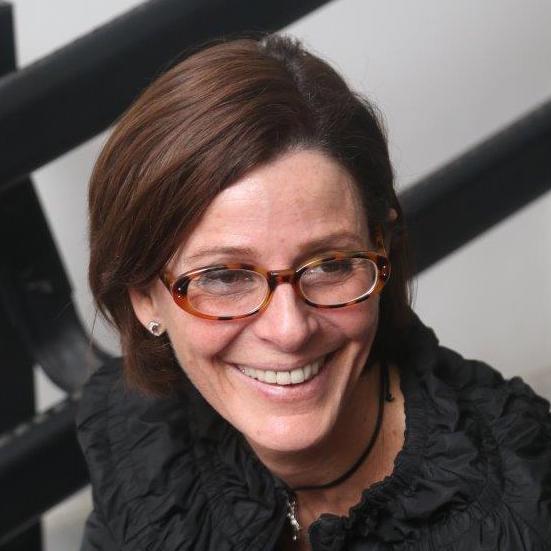 Elisabetta Olmi specialised in film production in the role of organiser and executive producer for numerous films with important Italian directors including Paolo Virzì, Vincenzo Salemme, Laura Morante, Maria Sole Tognazzi, Jacques Rivette, Sergio Rubini, Alex Infascelli and Ermanno Olmi, and after lengthy experience on film sets became CEO of Ipotesi Cinema. As well as producing all of Olmi’s docufilms, Betta, always very focused on the value of real-life cinema and the ethical and social meaning of the films she produces, produced fiction feature films when she joined Ipotesi Cinema, including the latest ones by Ermanno Olmi – Centochiodi, Il villaggio di cartone and Torneranno i prati – as well as the debut film of Rocco Papaleo Basilicata Coast to Coast, Una questione privata by Paolo and Vittorio Taviani and Fabrizio Cattani’s Maternity Blues and Cronaca di una passione. Soon to be released are the forthcoming film by Maurizio Zaccaro, Nour, with Sergio Castellitto, and Il grande passo by Antonio Padovan, with Giuseppe Battiston and Stefano Fresi. She has received nominations and prizes at the David di Donatello and Nastri d’Argento and received, as best producer for Torneranno i prati, the Ciak d’Oro and the Franco Cristaldi Award at Bif&st. 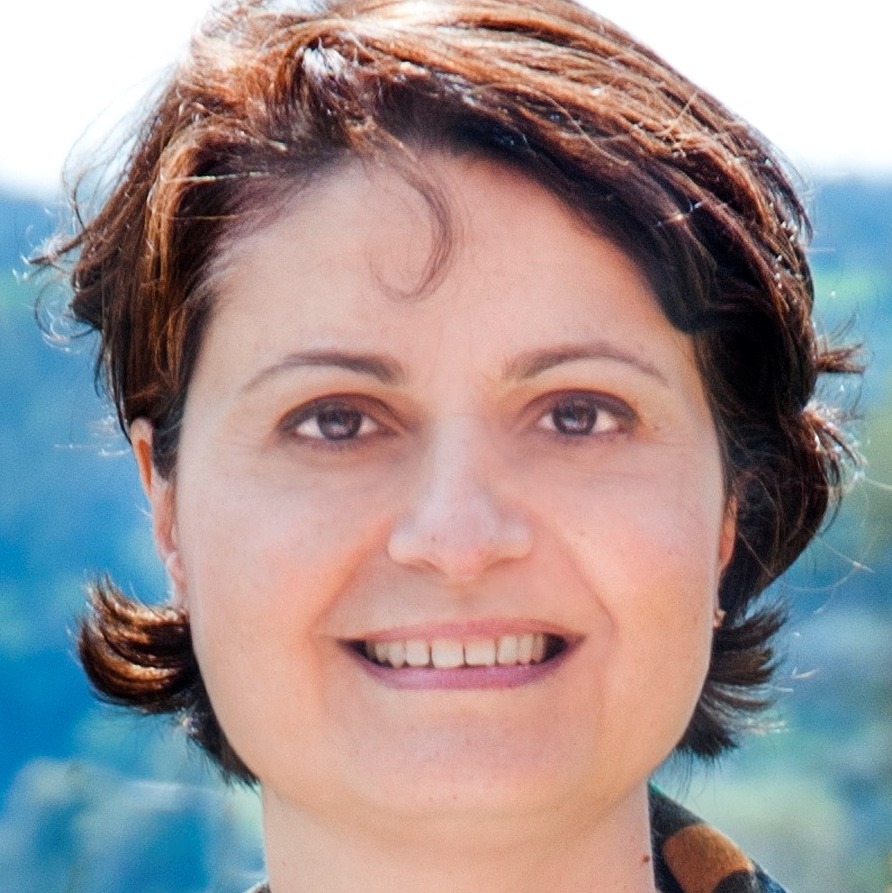 Professional journalist and film critic of MYMovies. Contributor to 8 1/2, CineCritica, Io Donna and La Lettura of Corriere della Sera. Member of the selection committee for the International Critics’ Week at the Venice Film Festival. Member of the steering committee of Rete degli Spettatori and teacher of cinema in schools for the Buona la prima! (ANICA) and #diventaspettatore programmes. Ten times jury member for the International Federation of Film Critics (Fipresci), including at Cannes and Venice. Lecturer in literature for the international master’s degree in cultural diplomacy at the Università Cattolica del Sacro Cuore. Her publications include the essays Hollywood Italian (Baldini&Castoldi), winner of the Donna Città di Roma prize, and Cinema: femminile, plurale (Le Mani), Domenico Meccoli Scrivere di Cinema prize winner. Premio Akai for best critic at the Festa del Cinema in Rome. 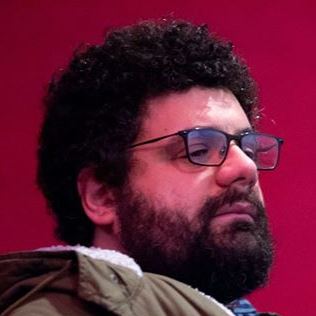 Sergio Sozzo (Lecce, 1983) is editorial director at Sentieri Selvaggi (www.sentieriselvaggi.it). He has published essays for Filmcritica, Empire, Bietti, Film Tv and Le Mani, developed videogames on cinema and created and hosted broadcasts on the subject for the radio and Web TV. He organises festivals and exhibitions in Rome, Campania, Puglia and Tuscany, where he curates the selection of films and events with guests. Holds courses on criticism, film journalism and digital cultures. Was assistant to Abel Ferrara for the documentary Piazza Vittorio.

Professor Anna Menini holds the chair in Physiology and is deputy director of the master’s programme in Scientific Communication at SISSA in Trieste. During her career she has carried out research in Italy, in the USA and Japan. Member of important international committees, her research interests cover sensorial neurosciences and the study of the molecular mechanisms of the sense of smell.

Paola Rodari has thirty years’ experience in the area of public communication of science and in particular the planning and creation of science and technology museums and exhibitions. She has worked, among others, on the creation of the Museo del Balì, Planetarium and Interactive Science Museum in the Marche, Infini-to, Planetarium and Space and Astronomy Museum in Turin, and 10lab, Interactive Science and Innovation Centre of Sardegna Ricerche. She has also worked on developing MUSE, Science Museum in Trento. Member of the Steering Committee of the group of interest on science entertainment of ECSITE, association of European science centres, for which she was the first coordinator. Teaches Museum Studies for the Science Communication Master’s Degree course at SISSA in Trieste and at SISBA, Interuniversity School of Specialisation in Archaeology of the Universities of Trieste, Udine and Venice. With Matteo Merzagora wrote La scienza in mostra. Musei, science centre, comunicazione (PBM, 2007). Other writings by her have been published in English, Spanish and Portuguese. Currently project manager of the Science in the City Festival, which in 2020 is to accompany the Euroscience Open Forum of Trieste, European City of Science. Erika Rossi is an author and documentary director. After many years’ experience as author for Italian television channel RaiTre she took up documentary cinema. For the last ten years she has been telling stories that mainly relate to her homeland, at the border between Italy and the former Yugoslavia, making a name for herself at international level. Her documentaries have been selected for numerous international film festivals, including the Torino Film Festival, Visions du Réel, Document Glasgow and BAFICI, and screened on Rtv Slo, Hrt and Al Jazeera Balkans. In 2018 she was selected for the Berlinale Talent Campus. La città che cura, her first feature documentary, awarded at Premio Solinas for documentary cinema and produced by Tico Film, has toured Italian cinemas since April 2019.

Also this year the judges will be you!
All the shorts belonging to the Maremetraggio section and the feature films of the Nuove Impronte section can be voted by the audience. On www.mymovies.it it will be possible to express your opinion, assigning to each single title a mark from 1 (the minimum) to 5 (the maximum). The “vote” function will appear when 80% of the film has been reached.