Once again the aspiring cartoonists will have only 24 hours for turning a film into a ShorTS version of a comic. After the success of the first edition, we have decided to repeat the event that connects comics and short films, bringing the Marathon to the city centre, closer to people and just two steps away from short films screenings. We have merged the two daytime sessions into one, to create a real endurance non-stop from 5pm 2nd July to 5pm 3rd July. During that time participants will have to create, write and draw a comic strip conceived for web use: agile and quick like the first funny pages were. Judges, but mostly godfathers, of this year are the critic Filippo Mazzarella, the cornerstone of Trieste Disney Lorenzo Pastrovicchio and the humourist idol of young people (but not only) Sio, who will take part himself in a speed painting session at the end of the Marathon. The winner of this year competition will have the opportunity to publish his book, that will be distributed for free by the two comic book stores of Trieste, Fantasylandia and Neopolis, which are partners of the event. 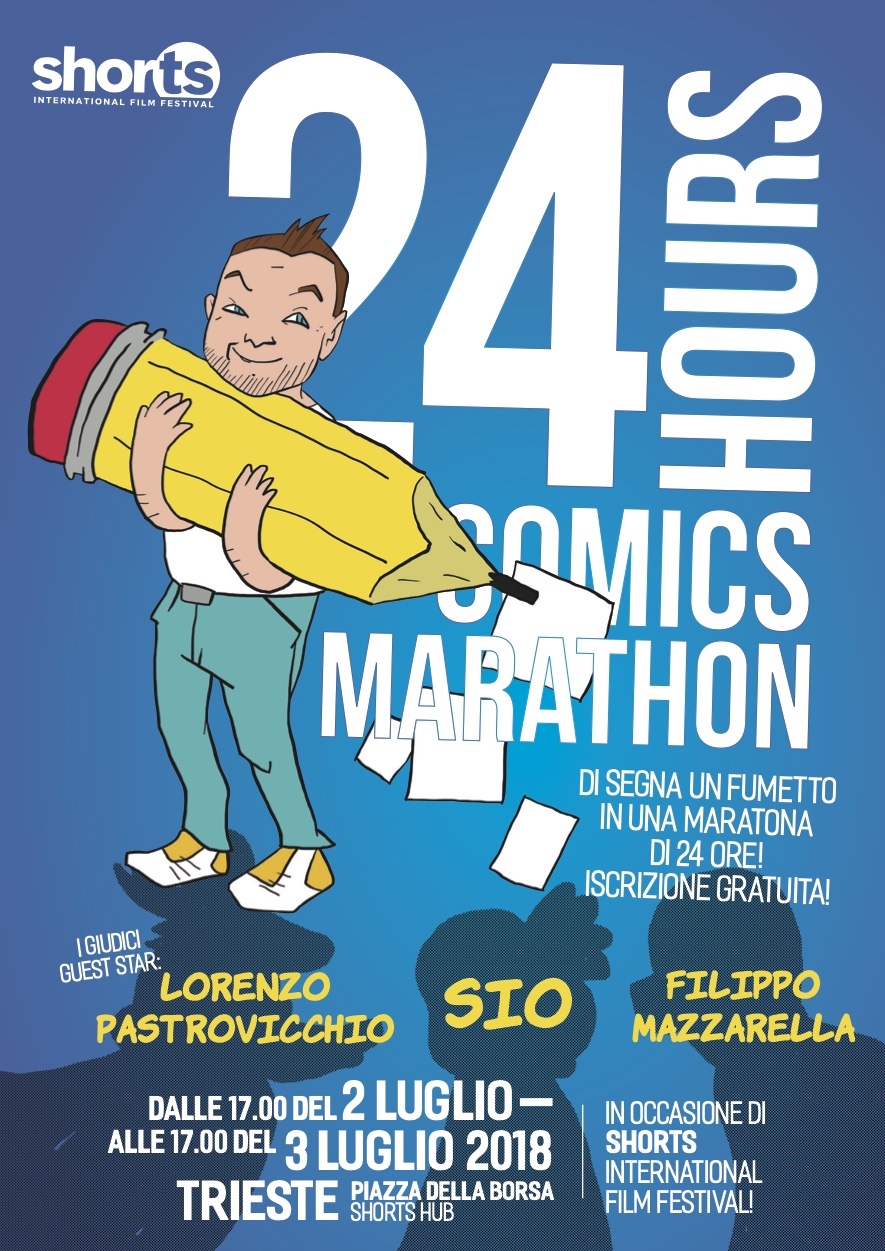 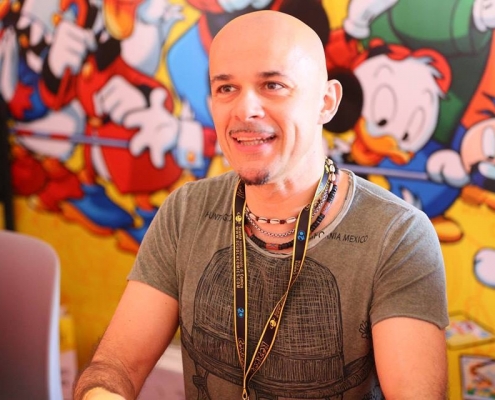 Born in Trieste in 1971, Lorenzo Pastrovicchio graduated from the Institute of Art in 1989. In 1993 he went to a comic strip course at the Milan Disney Academy. One year later he began his collaboration with Walt Disney Company Italia, starting off with merchandising and licensing. Since 1995 he has collaborated with the following Disney publications: Topolino, Grandi Classici, Paperinik, Giovani Marmotte, Minni & Co., PK The New Adventures, Wizards of Mickey, DoubleDuck, Q-Galaxy, Topolino 20802 and Darkenblot. He also carried out the 3D studies for the Disney statuette series for De Agostini. In 2003 he received the Topolino d’Oro prize for best book project in the 2002/2003 season. Aside from cranking out many comic strips, Lorenzo teaches and draws in a specialist school. 2014 was the year of PK’s big return to Topolino, with Potere e Potenza, produced together with Francesco Artibani, with whom he has penned numerous volumes as part of the Limited De Luxe Edition. 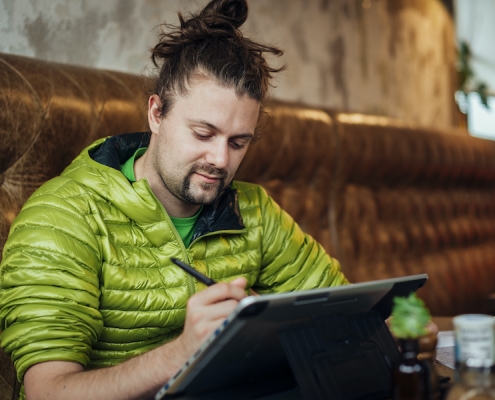 Sio (Simone Albrigi) is a cartoonist who’s not dead yet. His YouTube channel, on which he posts his amusing cartoons, has more than 1.6 million subscribers. He publishes new comic strips on Facebook and Instagram every day, and these are read by hundreds of thousands of people. He has also made music videos for Lo Stato Sociale and Elio e Le Storie Tese, and writes comic strips for Topolino, Panini and Bonelli. His comic strip quarterly, Scottecs Megazine (Shockdom), is also pretty good. 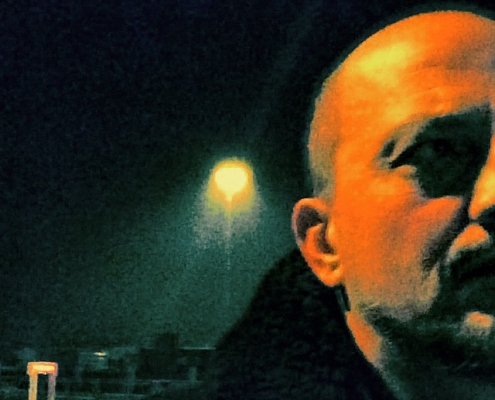 Filippo Mazzarella (1967) has been going to the cinema for about 48 years. For at least twenty of those years, he has ground through an average of two films a day without really knowing why or understanding exactly what he’s seeing. He works with the Corriere della Sera – ViviMilano, FilmTV, Ciak and SegnoCinema magazines and Dizionario Mereghetti. He is the artistic director of the comic book exhibition Cartoomics – Movies Comics Games and a consultant for the Asti Film Festival. In his free time, he would like to complete his collection of vintage Star Wars toys. Sadly, he doesn’t have any free time.

The comics of the 24H Comics Marathon 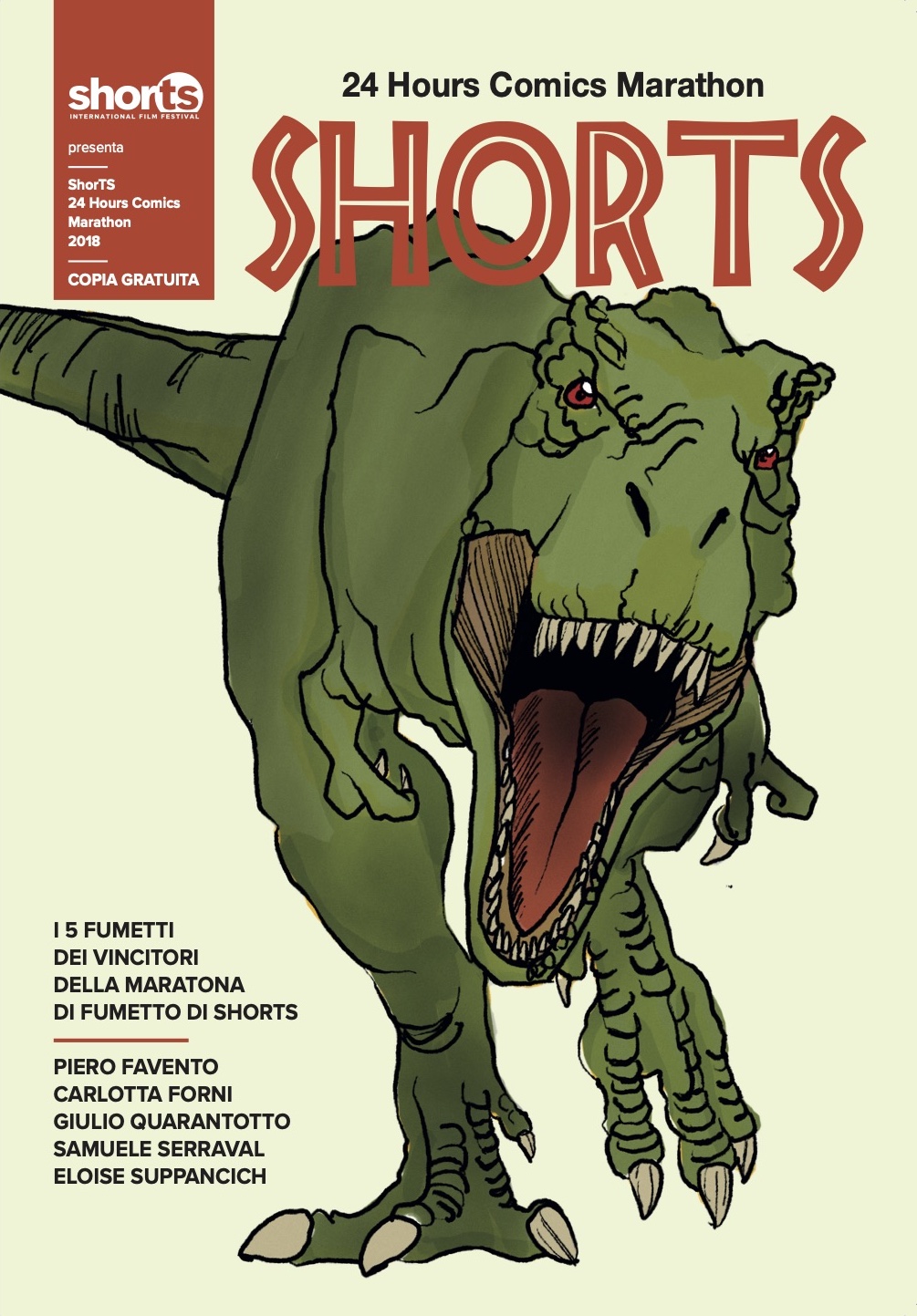