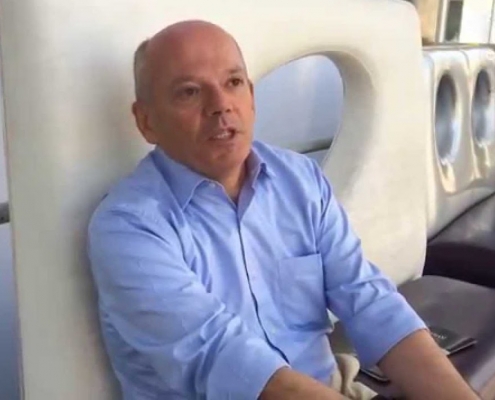 Born in Rome in 1952. From 1978-1985 he worked as a journalist, editor and film consultant for Il Gazzettino di Venezia and La Rivista del Cinematografo and various press offices in Venice. From 1982 until 1985, he dedicated himself to the publication of numerous papers on Medieval History. For 10 years (1983 – 1993) he worked on directing television programmes and coordination of
RAI Tre’s film programming. For another 4 years (1994- 1997) he worked as executive manager of film, fiction and animation acquisitions for RAI. From 2000 to 2015 he directed the area of Film Production and School Relations and in May of this year he became manager of RAI Cinema’s institutional relations.Some of the most important films he has produced include: Nuovomondo and Terraferma directed by Emanuele Crialese, Notte prima degli esami and Maschi contro Femmine by Fausto Brizzi, Io sono Li by Andrea Segre. He was awarded the honour of the Robert Schuman Prize of the European Union. 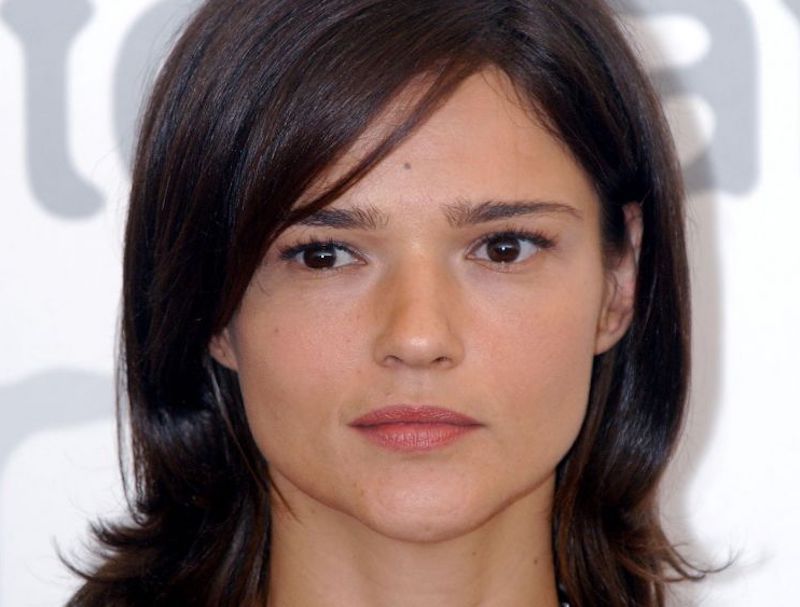 Chiara Caselli, born in Bologna, is one of the most versatile and international Italian actresses of her generation. She has worked with Michelangelo Antonioni (Al di là delle nuvole), Liliana Cavani (Ripley’s game and Dove siete io sono qui), Marco Tullio Giordana, Gus Van Sant (My own private Idaho), Marco Bechis, Paolo and Vittorio Taviani, and even in Le père de mes enfants, the recent acclaimed second film of the child prodigy of French cinema Mia Handsen-Love. Alongside acting, over the years Chiara has developed her talents in photography. She has been displayed since 2008, and by 2011 had already reached the Venice’s Italian Pavillion for the 54th Biennale Arte and an invitation to participate in Rome’s International Photography Festival. In May 2014, her work was exhibited for the first time in Japan with a personal, specific site in the spaces that Gae AUlenti created for the Italian Insititute of Culture in Tokyo. She made her directorial debut in short film with Per sempre, featured in the 57th Venice Festival and earning her the Nastro d’Argento. 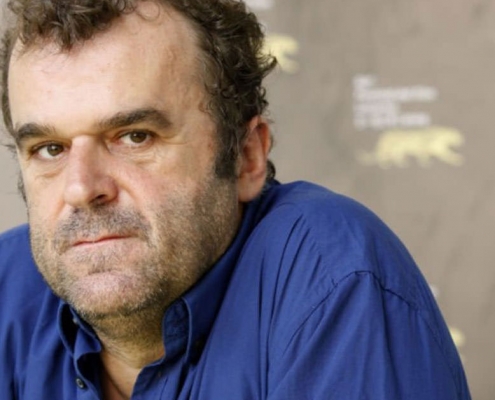 Author, actor, director, born in Varazze in 1959. At the beginning of the 80s, he founded the Compagnia Pippo Delbono, with whom he put together nearly all his productions, from Il tempo degli assassini (1987) to Orchidee (2013), and Barboni, La rabbia, Guerra, Esodo, Gente di plastica, Urlo, Il silenzio. Numerous theatres, amongst which Paris’s Théâtre du Rond-Point, have dedicated retrospectives to his work and coproduced more recent works. For many years Pippo Delbono has also analysed cinematic language: Guerra (2003), shown
at the Mostra del Cinema in Venice and winner of the David di Donatello for best documentary. Then Grido (2006), La paura (2009), Amore carne (2013) previewed in the Orizzonti section of the 68th Venice Film Festival in 2011, winner of the grand prize of the Festival di Nyon, considered by Le Monde to be amongst the best films of the year. Sangue, his latest film, was presented, the only Italian film in competition, at the 66th Festival di Locarno where it won the International Federation of Film Societies prize, at Lisbona Doc Festival. 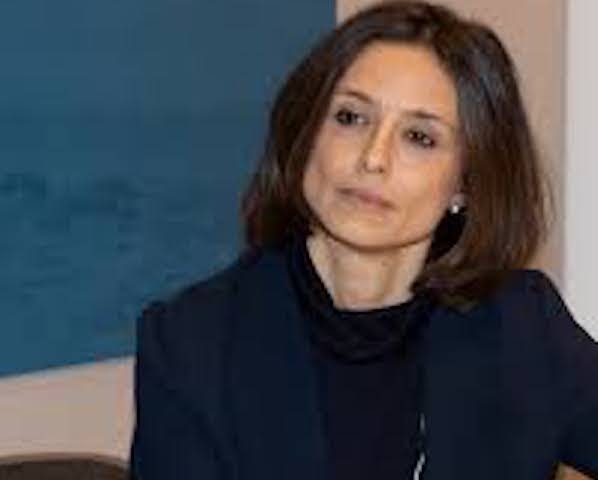 Film journalist since 2002, Emanuela Genovese writes for the magazines Box Office and Best Movie and for the daily paper Avvenire. She has collaborated with the production house Vivo Film for the articles on Laura Bispuri’s Vergine Giurata, Pezzi by Luca Ferrari, and Alberi by Michelangelo Frammartino. In 2014 she was a consultant for International Pictures Italia during the launch of Darren Aronofsky’s Noah and for director Adriano Valerio and his short film 37° 4 S (winner of the David di Donatello and a Special Mention at the 66th Cannes Film Festival). 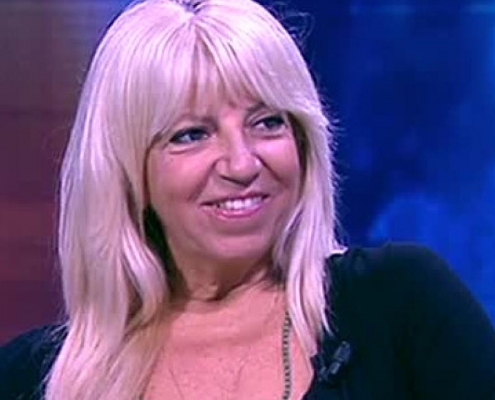 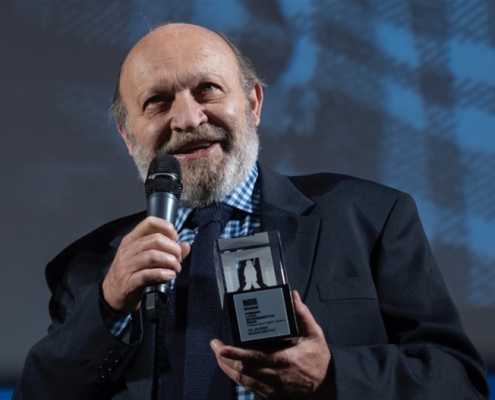 Born in 1950 in Faggeto Lario in the Como region. His first experiences in the world of showbusiness were with Charles Aznavour and Leo Ferrè. After some years at Number One, Lucio Battisti and Mogol’s record label, he worked for Barclay France, Curci Edizioni Musicali, Ariston, R.C.A., C.G.D.Messaggerie Musicali and WEA. In 1976 he started at Tele-Montecarlo as managing director of the programmes. He worked in close contact with Indro Montanelli in his daily television broadcasts. In 1977, he started his own entrepreneurial activity, creating theatre, television and film productions. His productions contributed to the emergence of some of today’s most renowned actors, screenwriters, directors and producers. Over half of his productions have consisted of first (directorial debuts) and second works, including those by Franco Amurri, Giulio Base, Michele Placido, Marco Risi and Ricky Tognazzi. In 2007 he received the honorary “Vittorio De Sica” award from the President of the Republic, Giorgio Napolitano and in 2011 he was awarded the Special David di Donatello for thirty years contribution to Italian Film. 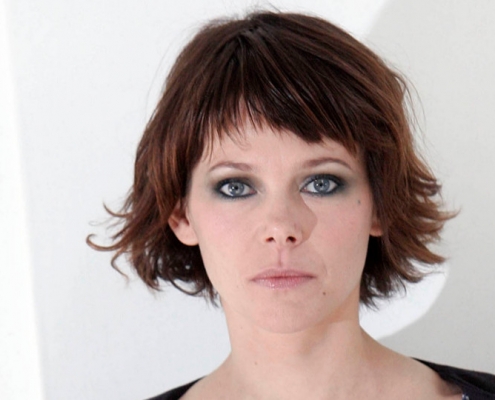 Barbora made her debut on the big screen as the star of Jurai Lihost’s Vlakàri (1988), selected for Giffoni Festival. At 18 she was picked for Infiltrato (1995), a film by Claudio Sestrieri with Valerio Mastandrea. Then Marco Bellocchio’s The Prince of Homburg (1997), Gabriele Muccino’s Ecco fatto(1998), Alex Infascelli’s The Vanity Serum (2004) and Michele Placido’s Ovunque sei (2004). But it was with Ferzan Özpetek’s Sacred Heart (2004) that Bobulova finally started to gain some recognition on the Italian artistic scene. Her grace on set and the tangible agony that she portrayed through her character, saw her awarded the David di Dontello award for Best Actress in a Leading Role. She starred alongside Shirley MacLaine as fashion designer Coco Chanel in Coco Chanel (2008), a huge success in both Italy and the United States and in the hugely successful comedies The Immature (2010) by Genovese and Easy! (2011). 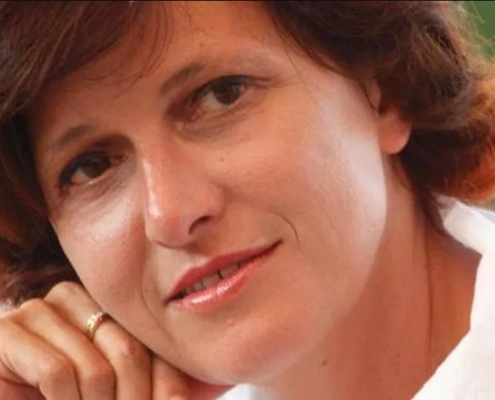 Graduated from Film History with a dissertation on Warner Bros’ musicals in the 1930s. Then, after a brief experience in the field of cinematic programming, she
graduated in 1994 in Production from the Experimental Cinematography Centre. In the same year, she founded Indigo Film with Nicola Giuliano and Carlotta Calori, an enterprise that for some years was dedicated to the production of institutional videos, short films and documentaries. Today she works at Bianca Film. With Indigo Film in 2001, she helped in the creation of L’uomo in più, Paolo Sorrentino’s directorial debut. From the following year she dedicated herself exclusively to the company’s work. Francesca Cima was a lecturer at the LUISS Business School in Rome for the Post-Graduate Master programme
at the National School of Film. Since 2014 she has been president of ANICA’s production department. 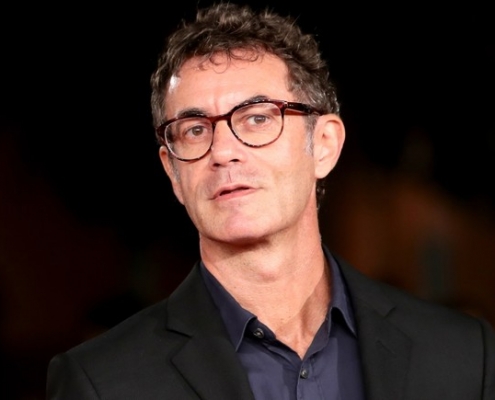 Born in Naples in 1964, he graduated in Architecture in 1988. He made his debut in the world of cinema with Quel giorno (1996), a short film that competed in the Venice Festival and was selected for over fifty international festivals, winning numerous prizes. His first feature length film was Pater Familias, and competed at the Berlin Festival in 2003. The film won twelve prizes for the Best Directorial Debut and was nominated for three Nastro d’Argento and a David di Donatello. Furthermore it was selected for over forty
international festivals. In February 2008, The Early Bird Catches the Worm was released, chosen for the Karlovy Vary Film Festival and nominated for the David di Donatello prize for Best Supporting Actor. In 2011, Things from Another World and in 2012 La Guerra dei vulcani, about the love triangle between Rossellini, Magnani and Bergman. In January 2014, his fourth feature length film La gente che sta bene was released, starring Claudio Bisio, Margherita Buy and Diego Abatantuono.