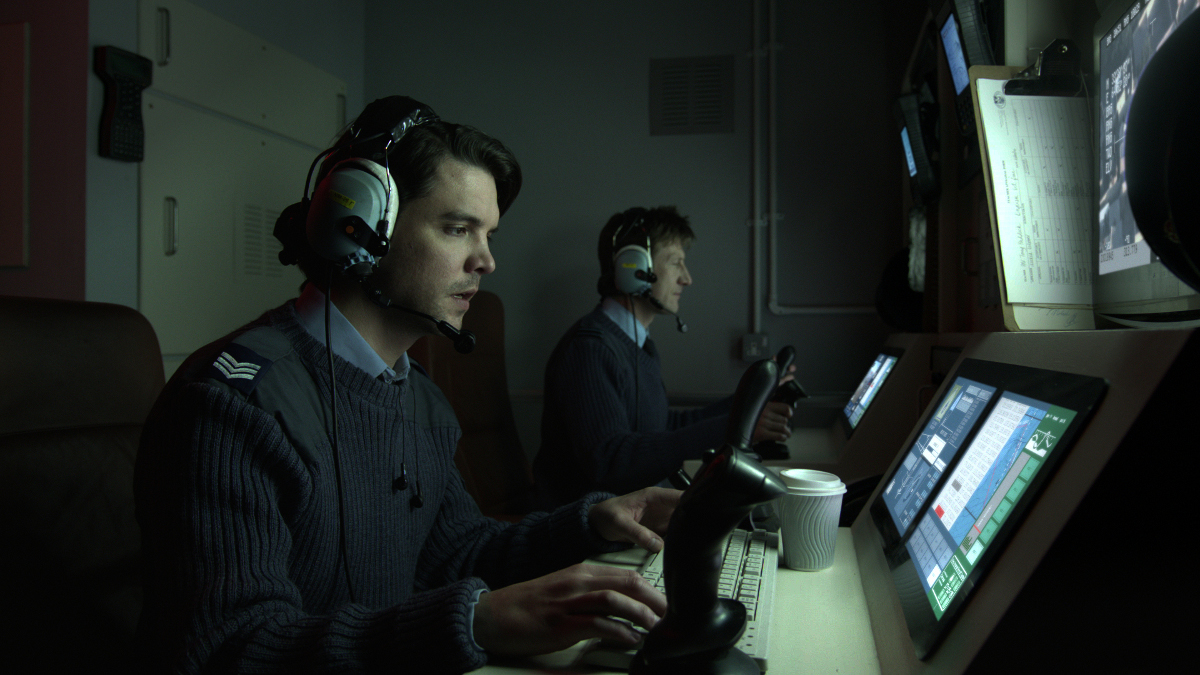 A day in the life of a devoted family man and serving RAF drone pilot. Flying a UAV (unmanned aerial vehicle) over Afghanistan from a base in Lincolnshire means Will Brydon (Mark Bazeley) gets to live at home, and even drop his son off at school on his way to work – but in return he has to deal with the warped reality of firing Hellfire missiles 4000 miles away for a day job. Drone Strike tells the story of how one fateful decision shatters his conviction, and the effects of that decision on a family in Helmand Province.