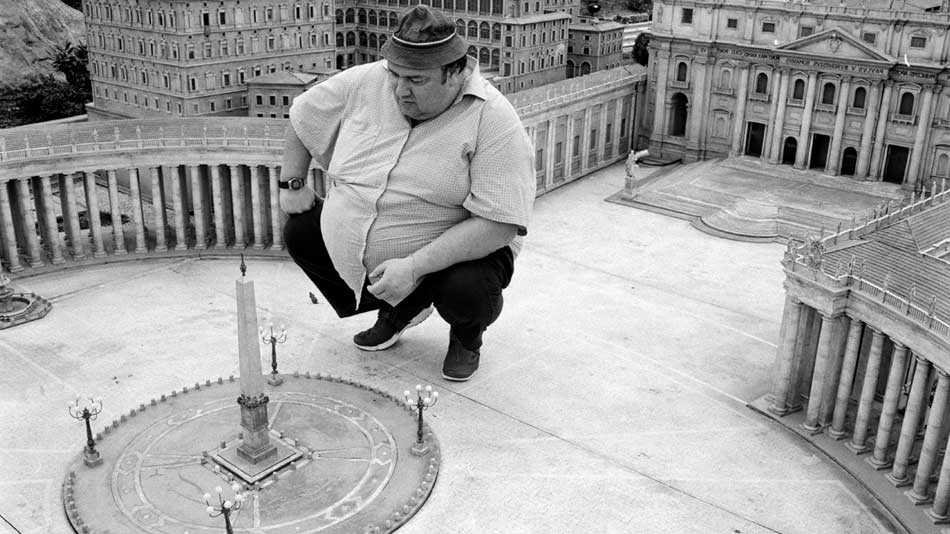 Abacuc is a man weighing about 200 kilos, who passes his time in a stillness, detached from any emotion. He mainly goes to the cemetery, to Italy’s mini theme parks, or close to utopian architecture. He lives in a railway house and never utters a word. The only voice he hears is feminine and detached. She intervenes when, torn up for a moment in his catastrophic solitude, Abacuc picks up the unplugged telephone: the woman remains hidden, communicating through literary quotes, revealing herself to be a dead-end like Abacuc’s existence, because she is really only another version of himself. Living inside an unyielding order, his existence is like a  broken record: Abacuc is a puppet without an audience, performing the last possible play.  Through surviving the catastrophe of living in a continuing nothingness, Abacuc represents the need for cinematographic art to make yourself fade away and self implode. The film was shot in Super 8, the original music is from Maestro Dario Agazzi.

The Shift
Scroll to top