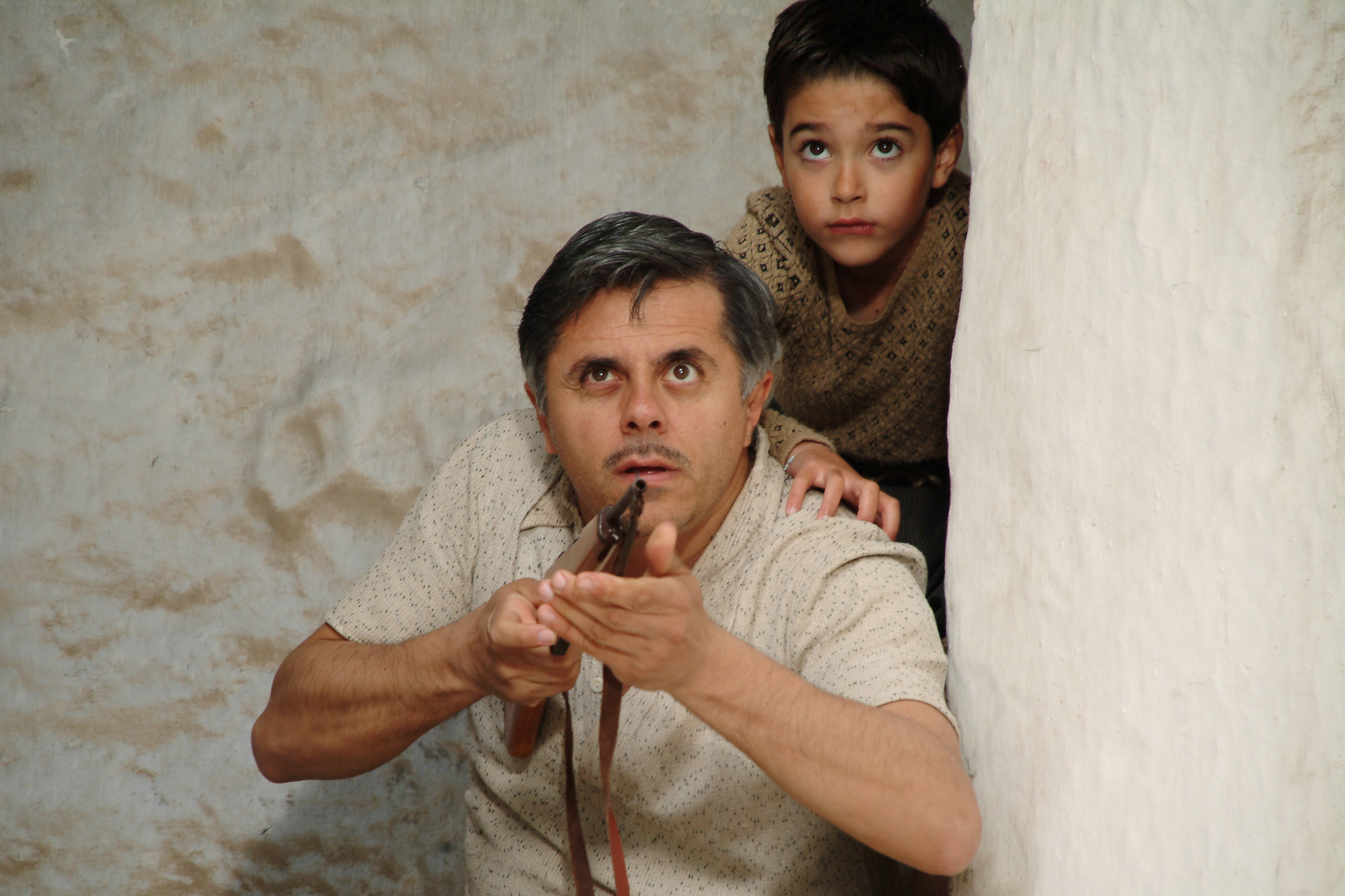 Bari, summer of 1946. The war has ended but there are no signs of peace between Paolo e Luigi. Having suffered a superficial wound in Abyssinia, Paolo hopes to receive his pension from the trade unions. Luigi reminds him of his Fascist past. Their discussion becomes heated when Paolo loses at cards yet again. His little boy Antonio watches his father’s humiliation in silence. With the money his mother gave him to buy lunch, he buys a toy gun and together with his little brothers he march homewards to give the gun to the father, so he can revenge himself.