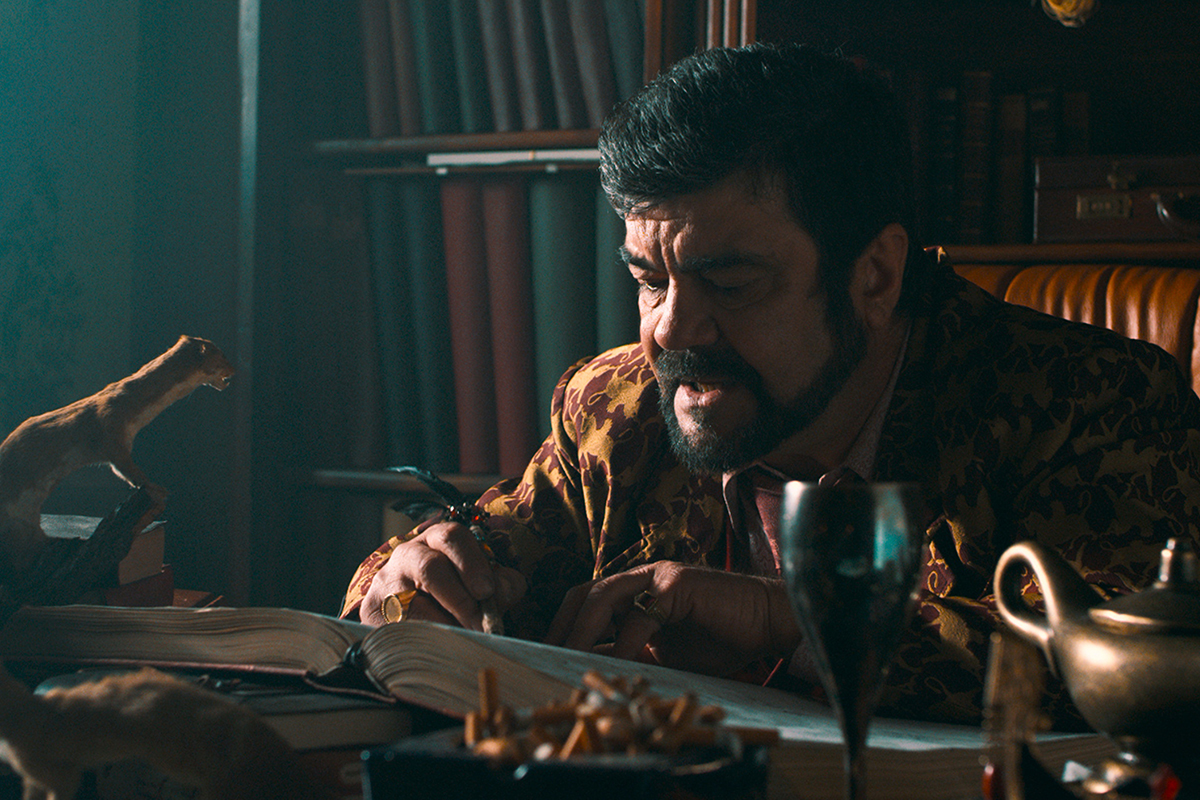 After the workshops during the first few days of the Festival, the third day of ShorTS will focus solely on the projections, the short films and the feature films.

In Piazza Verdi at 9:30 pm the films in the line-up for the Maremetraggio section of the festival will be projected:

Valparaiso by Carlo Sironi (I, 2016, 20’). Rocia is locked into the immigration detention centre of Rome and is pregnant. The law doesn’t allow pregnant women to be detained, so Rocio is released at her 4th month of pregnancy. Now she is free, but should she go forward with an unwanted pregnancy.

Djinn Tonic by Domenico Guidetti (I, 2016, 14’). A precarious young man and a genie from a lamp escape from a crisis: the first from something economic, more prosaic, and the second from a crisis of the imagination which may be a direct consequence of the first.

Tisure by Adrian Geyer (YV, 2015, 13’). A couple live in the mountains, where all they have is one another. However arguments between them arise, which must be resolved immediately. Their sadness leads them to think that there is no alternative. Seen from a distance, their perspectives may be wrong.

Candie Boy by Arianna Del Grosso (I, 2016, 9’). Leone has received a good grade at school and is certain of what to ask his parents for as a reward: a doll dressed in pink called Candie.

Redpoint  by Motahareh Ahmadpour (IR, 2015, 5’). We find ourselves in a surreal city, made up of enormous machines. Everything is sad and slow, until a red dot comes along.

The Clock is Ticking by Marcin Zbyszyński (PL, 2016, 5’). What would happen if everything around you were to stop?

Valzer  by Giulio Mastromauro, Alessandro Porzio (I, 2016, 16’). Italy, 2038. Alice and Kristin, both pregnant and in love with one another, live on a farm isolated from the rest of the world.

Painted Hills by Kurtis Hough (USA, 2016, 6’). The pyramid, with its sturdy foundations infinitely pointing upwards, is one of our first attempts at representing a higher self, transforming nature and turning it into something more similar to the human mind.

Una aventura de miedo by Cristina Vilches (E, 2015, 11’). This is the story of a strange trip. A journey of self-discovery. An adventure of courage and friendship on learning to confront one’s deepest fears.

Balcony by Toby Fell Holden (GB, 2015, 17’). In a council estate rife with racial tension, a girl falls in love with an immigrant, a victim of shame and prejudice.

Aeon  by Derek O’Dell (USA, 2106, 4’). An abstract and immersive audio-visual experience. A study on the behaviour of energy throughout the course of time.

Dreams On Sale by Vlad Buzăianu (RO, 2016, 9’). In a world where people have learnt to record, buy and sell dreams, many have started to lose their ability to dream. Dreams have become a new form of art and a luxury for the more affluent classes.

Hootchu by Kim Jung Hyun (ROK, 2015, 1’). Allergies are annoying. There are many ways to alleviate the symptoms but none of these are permanent solutions. Stress builds up. Tension grows. Eyes watering, head spinning: until the perfect solution presents itself.

At the Ariston Cinema at 7pm a special projection will be taking place: this is the last work of the Triestine screen writer Erika Rossi. In TUTTE LE ANIME DEL MIO CORPO (I-SLo, 2016, 58’) after finding her mother’s war diary written during II WW, a daughter discovers who she really was. A journey into the personal history of a family, the relationship between a mother and a daughter; the secrets that you keep and the reasons you keep them. This is also a journey into history, of an Italy capable of resistance, of a past that seems distant but is little more than yesterday.

About the homage to the documentaries of D’Anolfi and Parenti we will see the projection of IL CASTELLO by Massimo D’Anolfi and Martina Parenti (I, 2011, 90’). A year inside the intercontinental airport of Malpensa, a place in which bureaucracy, procedure and control put the freedom of individuals, animals and the goods in transit to the test.

At 9 45pm Nuove Impronte presents I TEMPI FELICI VERRANNO PRESTO (I, F, 2016, 102’) by the Friulian Alessandro Comodin: First Tommaso and Arturo, then Ariane. Three different youngsters, two different eras, two different conflicts, but the aim is always the same: to escape. Leaving it in the hands of the world, breaking the rules, rebelling against the state of things.

Diary Board – Day 02
Scroll to top