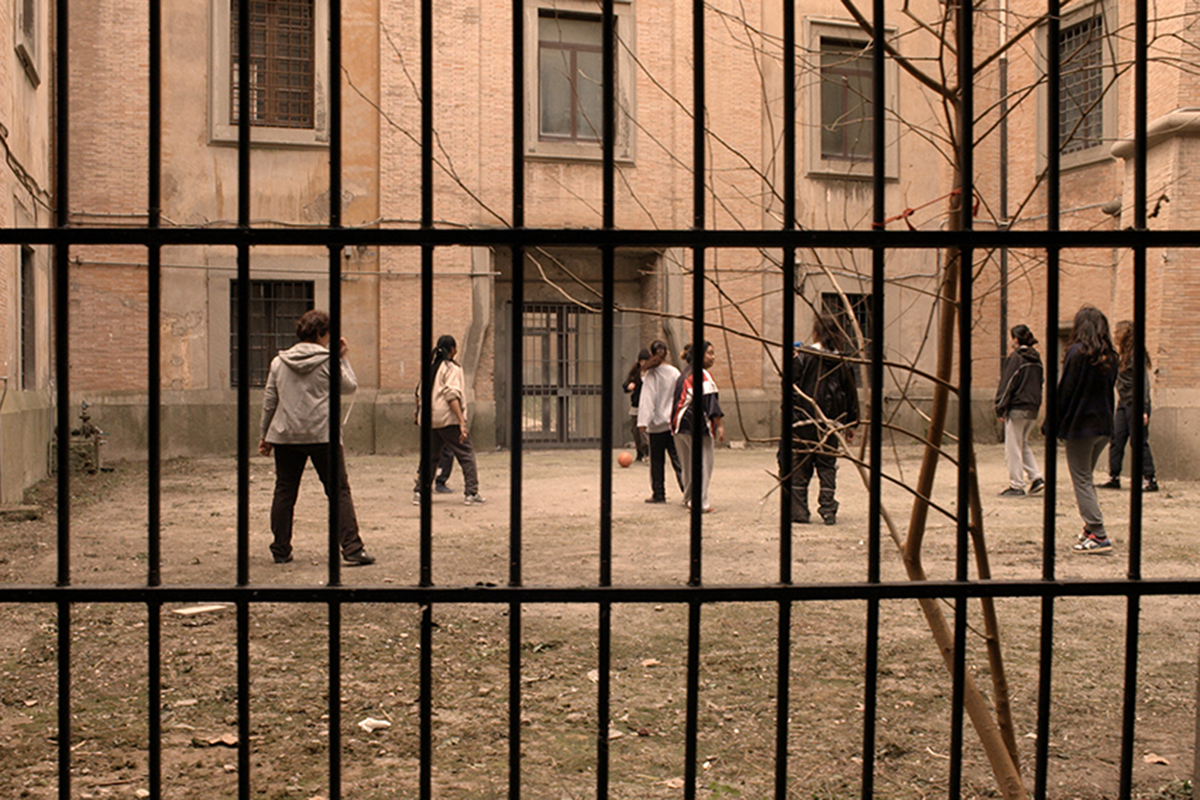 At ShorTS on the morning of Friday 7th July Pivio will hold his musical masterclass, Suonare Il Cinema, entry is only permitted to those who have signed up. The lessons will take place at the Mediateca in via Roma. The press will be available upon request.

At 9pm we will set off from Piazza Verdi on the first of our cinematic walks: an evening outing  taking us to the rive, Molo, historical caffe’s and streets: The Trieste of directors at night time, a journey along the sea and around the city discovering how the cinema of yesterday and today has recounted the obscurities and the stories of Triestine nights. Booking is compulsory. You can book by calling +39 339 4535962 or by emailing [email protected]

From 9 30pm, as always in Piazza Verdi the projections of the Maremettraggio section will begin:

Akita by Alastair Cummings, John Hickman (GB, 2016, 9’). A down on his luck labourer finds a friend in a seemingly abandoned dog.

Sore Eyes for Infinity by Elli Vuorinen (FIN, 2016, 12’). An optician’s workday is filled up by a line of extraordinary customers. One by one, she witnesses them using the optical equipment in suspicious ways.

Meje by Damjan Kozole (SLO, 2016, 10’). A nice day in a nice landscape. A crowd of refugees and migrants accompanied by police officers make their way from the Shengen area between Slovenia and Croatia toward the refugee camp in Brežice.

Love by Réka Bucsi (H–F, 2016, 14’). Love is a short film illustrating affection in three separate parts, through an impact in a distant solar system. The pulsing planet helps the inhabitants to connect in various ways.

Parusia napoletana by Rosa Maietta (I, 2016, 10’). Parusia, from the greek parousía, means ‘presence’ and generally indicates the presence of the divine, or of the ideal essence in a materialistic world. What could possibly happen in Naples in the Spagnoli quarters on the one day Naples plays.

Colombi by Luca Ferri (I, 2016, 20’). A couple in love spend a century together, as trends, objects, and films slowly drift into horror. They will age with the exclusion of the outside world, darkening and shutting up their house and withdrawing into them-selves, leafing through old encyclopaedias.

Semiliberi by Matteo Gentiloni (I, 2015, 10’). Alessandra is a loner, she doesn’t connect with anybody. One day she realizes that a plan thought up by female cell mates to succumb to house arrests could be just the opportunity she needs to escape from her loneliness.

Slovo by Leon Vidmar (SLO, 2016, 6’). Lovro sits in his bathtub. Looking sad, he stares at droplets dripping from the tap. Suddenly, the day he first went fishing with his grandpa springs his imagination into life….

Metube 2 – August sings Carmina Burana by Daniel Moshel (A, 2016, 5’). Elfie and her nerdy son August successfully proved themselves on their home webcam in MeTube 1. The odd pair venture onto the street to present the biggest, boldest, and sexiest operatic flash mob the internet has ever seen!

At 5pm at the Teatro Miela the projection and round table for the Mercurius Prize will take place: on the big screen we will see SPIRITS OF THE ROCKS by Peter Ammann (CH, 2002, 78’), a film which is very special to the Junghian society: The Bushmen lead us to the Spirits of the Rocks, rocks that conjure up the primordial man inside of us, which- externally at least- has long been repressed and maybe even destroyed.

Immediately afterward will be the projection of  L’ACCADEMIA DELLA FOLLIA by Anush Hamzehian (F, 2015, 52’):  L’Accademia della Follia is a theatre company created in the 70’s within the walls of the ex-psychiatric hospital in Trieste. The actors are people affected by psychological problems. The documentary is an account of the company and its principal actors.

At 6 30pm at the Cinema Ariston we will see a selection of the best British short films which have been put forth by the Encounters film festival in Bristol at SHORTS GOES BRITISH; 10 films that have been chosen from the most recent British productions.

At 9 30pm we will see the final film in the Nuove Impronte line-up: BABYLONIA MON AMOUR by Pierpaolo Verdecchi (I-E, 2017, 72’). The documentary follows the story of a group of Senegalese people who, for financial reasons, end up going to live in a European suburb in crisis. Their lives are a joke: someone recycles metal, others repair fishing nets, and others are drug-traffickers.