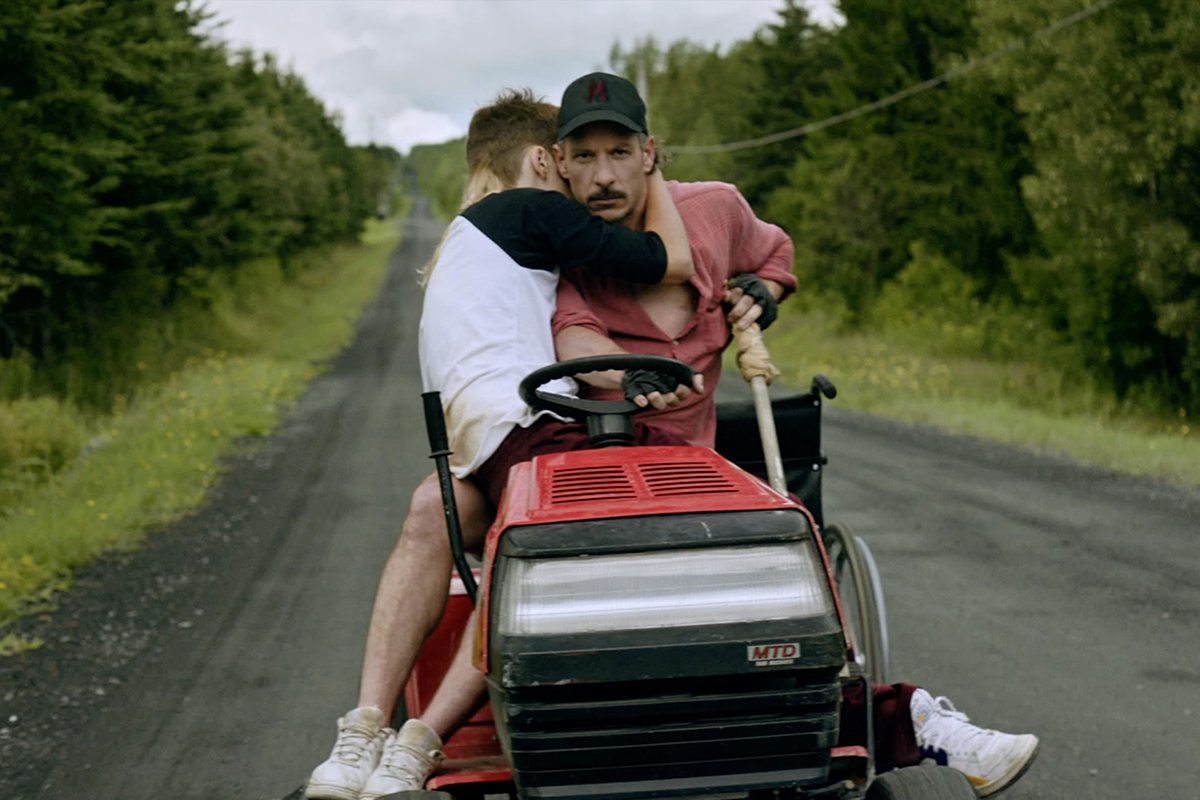 Thursday 6th July we’re once again talking about the cinema of protagonists: In the Mediateca, Massimo D’Anolfi and Martina Parenti are taking the second of the two days of workshops, Osservando La Materia. The workshop will take place between 10am and 1pm and from 3pm to 6pm and access is only available upon signing up. The press will be made available upon request.

In Piazza Verdi at 9 30pm the special event MINDEKI by Kristóf Deák (H, 2016, 25’) will be projected. Winner of the Oscar for the best short film 2017. Zsofi is having difficulties fitting into her new school. Singing in the school’s famous choir is her only consolation. But the choir director may not be the inspirational teacher everyone thinks she is….

To follow, the shorts in the line-up for the Maremetraggio section are:

Timecode by Junjo Giménez (E, 2016, 15’). Luna and Diego are parking lot security guards. Diego does the night shift and Luna the day.

A Girl Like You by Massimo Loi, Gianluca Mangiasciutti (I, 2016, 15’). Aurora and Alba are inseparable friends who are very different from each other. One lives in compliance with the rules, the other is independent and tries to look mature for her age. One day Alba convinces Aurora to leave for a secret and mysterious journey.

Die Brücke über den Fluss by Jadwiga Kowal Skach (CH 2016, 6’). A man on a bridge separated from the love of his life. Wanting to be with her one last time, he decides to go and seek her out.

Munitionnettes by Lara Cochetel (F, 2016, 2’). After receiving an official letter announcing the death of their husbands on the battle field, the women workers in a munitions factory decide to create their kind of revolution….

Death in a day by Lin Wang (USA, 2016, 14’). Evan is a young Chinese buy who, after visiting his comatose father, witnesses his mother’s struggle and must come to terms with the impending death falling upon the family.

False Flag by Asier Urbieta (E, 2016, 11’). Adem Lethani has been tortured and is tied up in an abandoned garage; he tries to break the ropes binding his hand when a jeep enters the garage and someone switches the light on….

Gionatan con la G by Gianluca Santoni (I, 2016, 15’). Gionatan is 9 years old, and has the eyes of an adult. He is In the hospital waiting room while his mother is receiving medical attention. He overhears his mother lying about wounds. Sweets in his hand and a terrible idea in his head, Gionatan decides to run away.

Mutants by Alexandre Dostie (CDN, 2016, 17’). In the Summer of 1996, life throws Keven Guénette a curveball…. and it strikes. Guided by his paraplegic baseball coach, kevin experiences mutation, sex and love.

Curse of the Flesh by Leslie Lavielle , Yannick Le Coeur (F, 2016, 17’). Invisible men upon a pirate ship land on an exotic island, where they hope to find a stone that will free them from their invisibility.

Nest by Chris Brake (GB, 2016, 3’). The story of an unconvential marriage; the husband is human but his wife has the head of a bird. When their relationship gets stuck in a rut, the husband decides that the only way to get close to his wife again is to become more bird-like himself.

At the Cinema Ariston at 7pm L’omaggio a D’Anolfi e Parenti brings forth SPIRA MIRABILIS (I, 2016, 121’). Earth: the statue of the dome of Milan. Water: a Japanese singer/scientiststudying a small immortal Medusa. Air: a pair of musicians who create metal instruments and sculptures. Fire: a sacred woman and a spiritual leader, and their little Lakota community. Heavens: Marina Vlady accompanies us on a journey whilst narrating L’immortale of Borges.

At 9 30pm in the line-up for Nuove Impronte we will see ORECCHIE by Alessandro Aronadio (I, 2016, 90’): A man wakes up one morning with an annoying buzzing sound in his ears. A note on the fridge says, ‘Your friend Luigi has died’ P.S. I took the car’. The real problem is that he can’t actually remember who Luigi was. From intrusive nuns and sadistic doctors, Philipino hip-hop stars and dentist fiancés, comes a daytime tragecomedy about discovering the madness of the world on one of those days that changes your life forever.