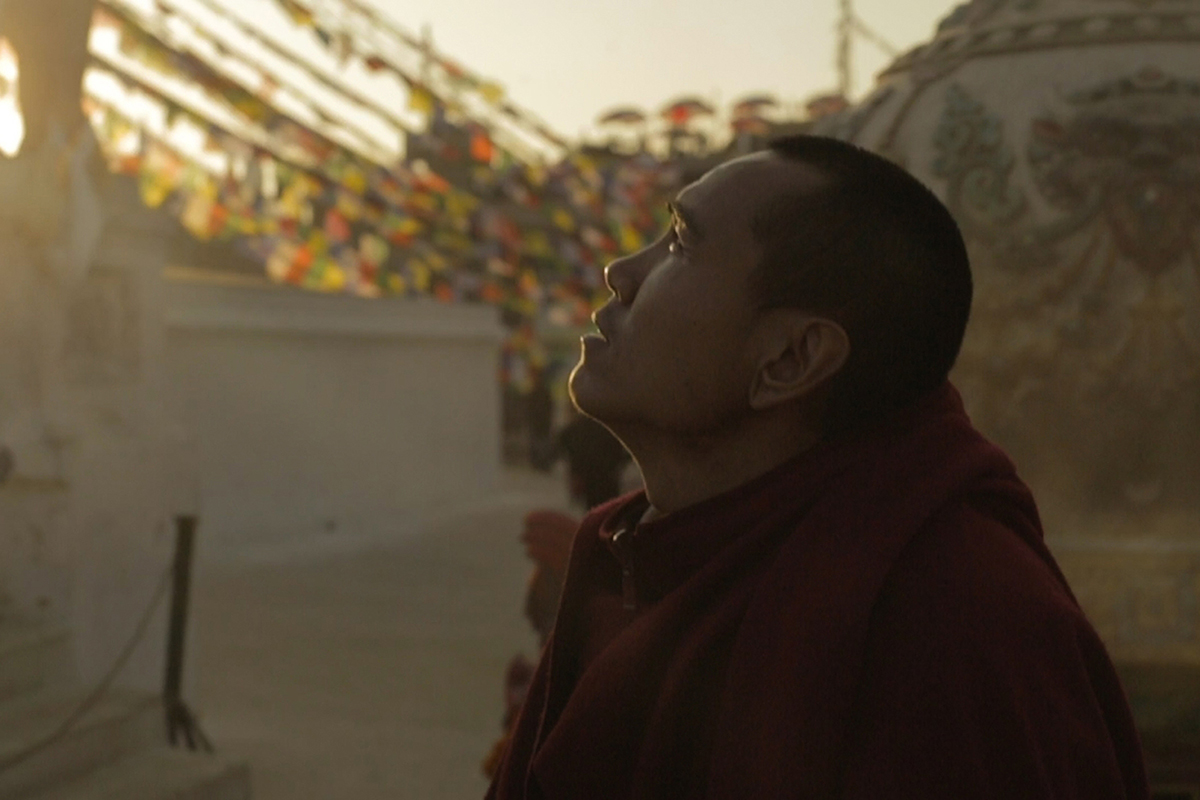 Along with the Maremetraggio and Nuove Impronte section, on the day of Tuesday 4th July we’re adding the 3rd season of SweeTS4Kids with our jury of the 101.

In Piazza Verdi at 9 30pm the following shorts in the line-up of the Maremetraggio section will be projected:

Separati aa.vv. (I, 2016, 12’). Ivana and Raimondo, husband and wife living in separate houses. Joy and pain in an entertaining comedy looking at everyday life, offering a nostalgic glimpse into a carefree past.

Alive & Kicking: The Soccer Grannies of South Africa by Lara Ann Dewet (USA, 2015, 20’). Filmed in the heart of Limpopo, the village Vhakegula Vhakegula grannies lace up their football studs and start kicking their way through centuries of taboos.

Zeezucht by Marlies Van Der Wel (NL , 2015, 11’). Zeezucht is an animated short film about a man who casts aside everything in pursuit of his dream. A dream we all share: the quest to find a place we can call home, even if it’s underwater.

The Sad Monk by Diana Frankovic (D, 2016, 11’). A Tibetan monk is grappling with existential anxiety. His insights challenge a universal human foible; the obsessive pursuit of happiness.

Path by Md. Abid Mallick (BD, 2016, 8’). In Dhaka, a young woman in dire need of money agrees to work with a group of terrorists. Once home, with everything done and dusted, she decides to undo all that she’s done and make amends and so hits the roads of Dhaka.

Dünyanın ölümü by Evrim İnci (TR, 2016, 1’). As people harm the world, they are destroying their future.

Fomo Sapiens by Viktor Hertz (S, 2016, 7’). A young couple, suffering from the worst imaginable form of ‘fear of missing out’, decide to take on a tough challenge.

Ossa by Dario Imbrogno (I, 2016, 4’). All the world is a stage. In this theatre a dancer becomes aware of herself. Her dance, deconstructed in time and space, shows us the mechanisms pulling the strings.

Quello che non si vede by Dario Samuele Leone (I, 2016, 10’). The adventure of someone unable to accept the loss of his job and so tries to invent one. A funny and melancholic Charlot from Modern Times, revised and revisited. Work, work and more work, mechanical gestures hidden in the world.

The Offer by Winnifred Jong (CDN, 2015, 10’). Richard wakes up to find that his life has been packed into boxes, but before he can sort out what is going on, Gabe, a door to door salesman, charms his way in. Gabe offers up a set of Encyclopaedias and Richard discovers that they may be exactly what he needs.

PainT by Antonio Lusci (I, 2017, 11’). Claudio is a reclusive artist living in a countryside house, depicting and tending to his garden. His next show is imminent and the gallery’s curator is pressing him and asking for news of his work. Claudio however, is in the midst of a profound crisis.

Paradís by Jaume Quiles (E, 2016, 11’). A pleasant place where one feels comfortable and happy.

La Voce by David Uloth (CDN, 2015, 20’). Edgar works in a pig slaughter house. He loves opera and loves Ginette, the stripper of his dreams. He’s about to ask her to marry him when he catches her sleeping with her boss. In shock, he loses his voice and subsequently finds himself with the voice of a pig.

At the Cinema Ariston at 6pm we’re kicking off the 3rd season of SweeTS4Kids showing at the Cinema Ariston for two days dedicated to young ones on the same screen that in the evening will show festival projections. For some years now ShorTS has hosted this section of short films aimed at children between 8 and 13 years old. The shorts have been selected by the young Tommaso Gregori. The section will be judged by a special panel called the ‘giuria dei 101’, the youngsters who would like to may participate by getting their parents to register by completing the form on our website, www.maremetraggio.com. The partners and supporters of this section are EstEnergy and HeraComm.

For the homage to the documentary cinema of D’Anolfi e Parenti at 8pm the film MATERIA OSCURA  (I, 2013, 80’) will be projected. It’s the story of a war zone at a time of peace, Salto di Quirra testing range in Sardegna, where for 50 years the governments around the world have tested ‘new weapons’.

At 9 45pm in the line-up for Nuove Impronte we will see IL PIÙ GRANDE SOGNO by Michele Vannucci (I, 2016, 97’). At 39 years old Mirko is just getting out of prison: outside, on the outskirts of Rome, he waits for his chance to re-invent his future. When he is elected as the president of the district he begins to dream of a different life.

Board Diary – Day 03
Scroll to top