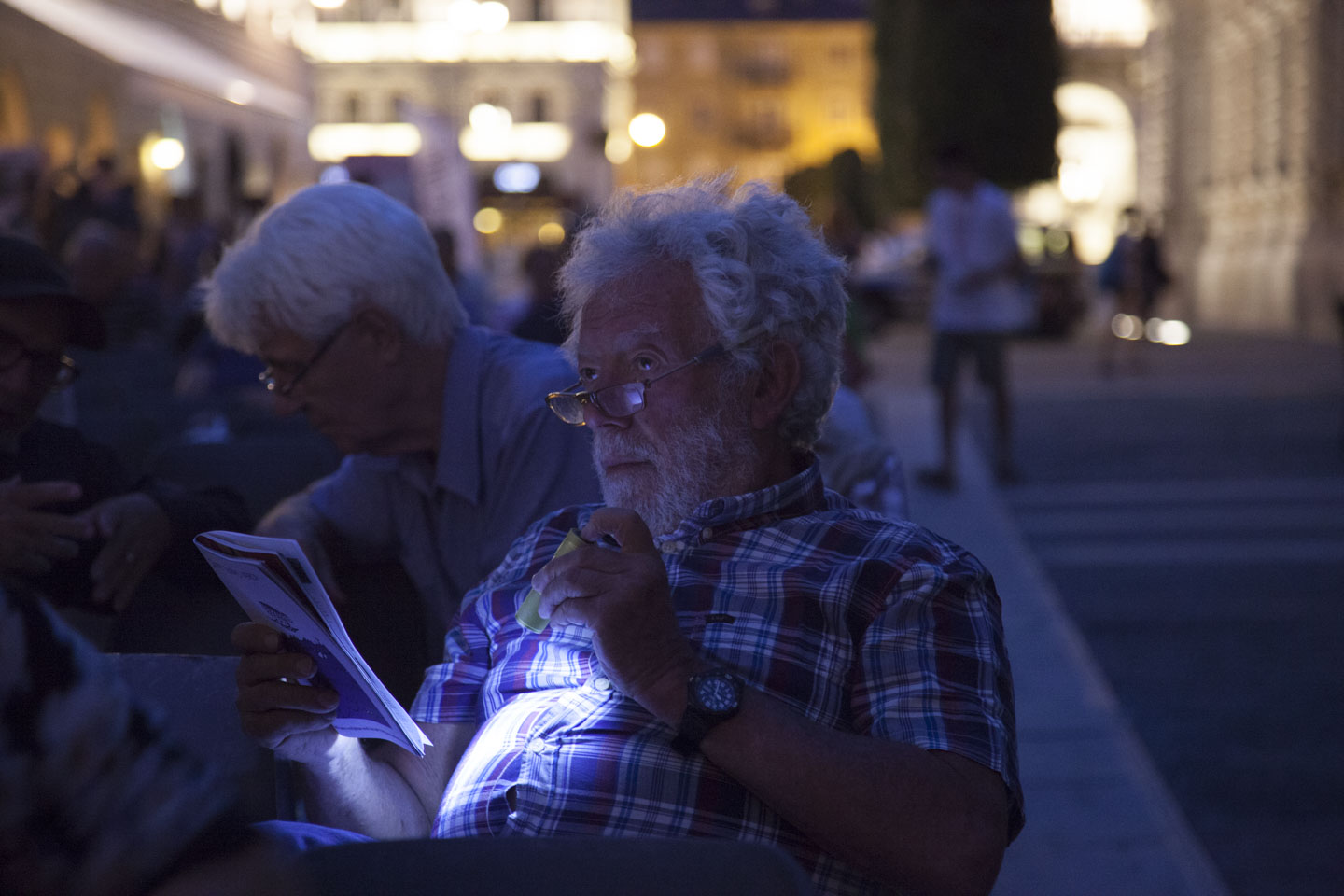 Music, extraordinary and indispensible that- not just in art- represents a type of moral compensation for the eyesores and abuses that we impose on daily life.

Great music comes to the SHORTS INTERNATIONAL FILM FESTIVAL with the presence of the prestigious Pivio, the excellent cinematic composer and more generally, representative figure of the Italian artistic scene.

Pivio will be the coordinator of a master-class called SUONARE IL CINEMA, much anticipated event for this festival season. The first special event of the evening is kicked off by Pivio – in collaboration with Marcello Saurino – and the short film IT’S FINE, ANYWAY. Aesthetically very aggressive, bombarding us with perpetual Dolby surround music, which we see in the secret fight scene with lashings of blood and strong, stunning visual sensations.

Valentina Carnelutti, young appraised actress who has already had several meetings with the festival, interprets IL SILENZIO, directed by Parnoosh Samadi and Ali Assari. The film is contextualized by verbal non-communication, using different languages, to confront the terrible theme of incumbent death. This is a sliver of excellent cinema.

Going back to Italian territory with the sympathetic and ironic FINCHE’ C’E’ VITA C’E’ SPERANZA, made up of healthy but modern sarcasm about the economic crisis, and a young couple, in dire economic straights particularly when it comes to wedding costs. The final is grotesque.

Halloween is the celebration dear to the hearts of all those who love fantasy, horror and scary settings that appeal to the macabre tastes of those children who never grew up. This time it is a young girl who alters the cards on the table, in THE WITCHING HOUR by the film maker Riley Geis.

ESTATE by Ronny Trocker takes its inspiration from a photo by Juan Medina introducing us to an event that has little to do with a post card, and is instead about escape and freedom. Unsettling and vivid. Infancy and roses, infancy and thorns…. infancy transcending into adolescence, a fantastic world to protect. All this displayed in one unique minute in BIROUN AZ IN by Keivan Mohseni.

Here, the intention is to contemplate, like looking at a strange outlandish aquarium, the female world at the centre of TILDA, by Katja Benrath. About a feminine world made up of dolls, strange modesties, shame and funny moments recounted with disarming ease.

When the audience explodes into laughter, at certain parts, it’s as if the chairs and the objects, the whole city square, everything, is taking part in a collective moment of playfulness. Dieter Primis achieves this with his grandiose GUANTANAMO BABY, illustrating the torments of a baby who is continuously mollycoddled by his mum and grandma.

ALZHEIMERS: A LOVE STORY is however a completely different taste of cinema, a touching story of gay love that transcends the pains of arthritis, illness and death. More than just one person in the audience is watery eyed, proof that the Schimmel – Petruzzelli writing duo tugged at the right heart strings and achieved the desired reaction.

Present this evening is the young director Morgan Gruer, who recounts with comprehensible pride the genesis of his short film REFLECTIONS, two minutes of stylized elegance.

Immediately afterwards, is the truly disturbing fan-scientific story of mannequins and inanimate bodies conceived by Dimitry Korabelnikov in THE MILE, an authentic nightmare on the road.

One of the most passionate cinematic moments of the evening comes from MON DERNIER ÉTÉ, a story of negated infancy and stolen sexuality, seen through the eyes of an acerbic pair of children. Poetry in its purest form, at the hand of Paul Claude Demers.

Concluding with the pyrotechnic fire, dazzling us with light and colour, created by Roman Daudet Kjahan in his KABOON; an explosion that will damage your eyes.

It is now past midnight and around us an assortment of youth are clinking their glasses full of coloured liquid.

See you on Thursday evening.