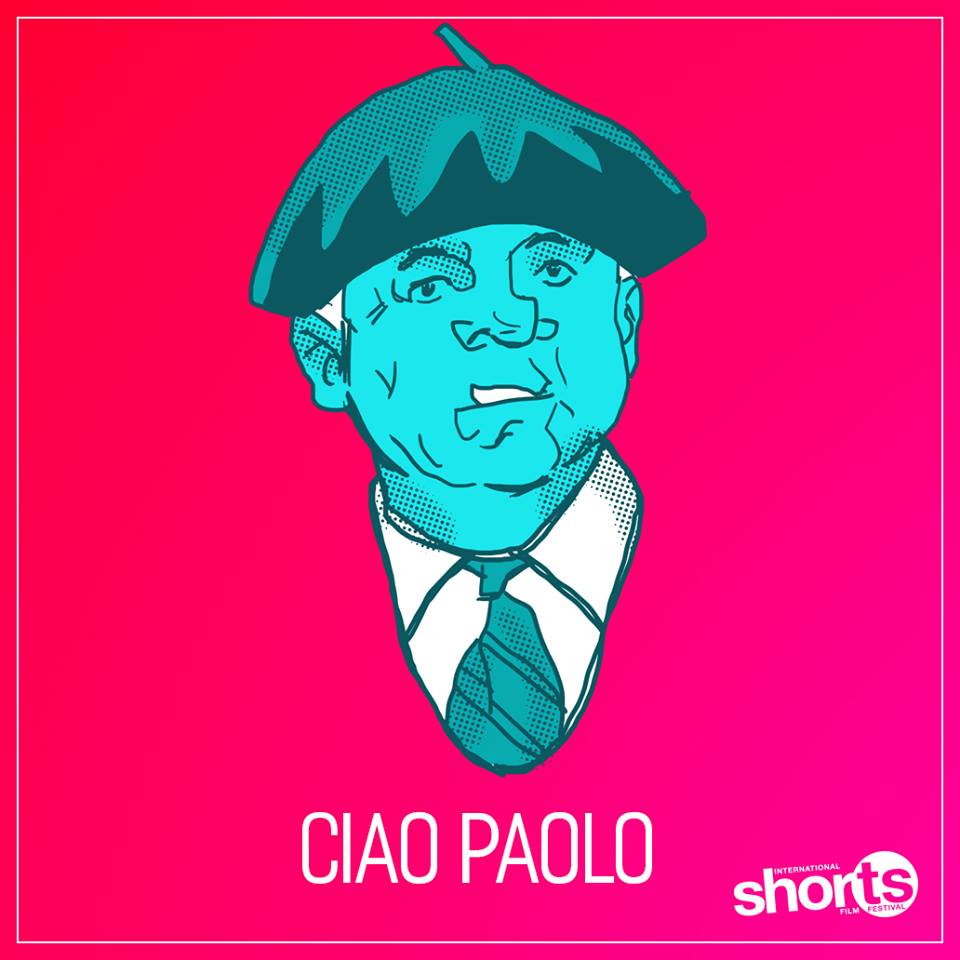 The sweet and passionate honey of cinematic viewing, was tainted this evening with a touch of bitterness: Paolo Villaggio has left us, more than just a tragicomic usher of cinema. In addition to his well-known Fantozzian performances, we also remember him in a less well-known film, beautifully directed and interpreted by Vittorio Gassman, SENZA FAMIGLIA NULLATENENTI CERCANO AFFETTO (1971).

In the backdrop of our festival comes a film homage to the great actor, also remembered by some beautiful words from Chiara Valenti Omero.

We are always on the brink of a threating torrent of water falling from the heavens, however a part from a couple of sparse drops, the heavens were on our side.

Here, amongst cement and stone where the female affair thought up by Carlo Sironi is held, for VALPARAISO; a story of turbulent pregnancy seen through the disenchanted eyes of a women who has only seen the bad side of life. A brusque and open end, because in some cases the dramatic climax is always lurking.

We stay on Italian turf with the surreal and hyper realistic 14 minute long DJINN TONIC by Domenico Guidetti; about an unlikely event including the desires of a man’s and a genie from a lamp, supported by a tasteful characterisation by Francesco Pannofino.

A marvel of cinematic technique! Shot in a long field, the luxurious backdrop of green and mountains in TISURE by Adrian Geyer, puts the place before the characters, who, remain in the background. All the same, this doesn’t prevent the director from successfully  recounting a story of psychological turmoil.

Misunderstandings of sentiment and identity under the coloured fog of raising ones first child; CANDIE BOY by Arianna Del Grosso brings us two young parents in the throes of raising their first child and a doll dressed in pink- intended to surprise.

Moving on to the chronological metaphor of the Polish THE CLOCK IS TICKING by Marcin Zbyszynski; about a mysterious phenomenon, our daily lives becoming frozen, everything crystalized and human beings living in perennial stand-by.

We now return to Italian territory with VALZER directed by the Mastromauro couple – Porzio; we are facing the acceptance of a complicated reality, in the context of an all-female love that challenges the norms.

The American director Kurtis Hough confronts himself with with the exercise of scenic treatment; his PAINTED HILLS is a narrative of the peaks and the fascinating pyramids, all depicted in uninhibited post-modern matter.

The ways for telling stories of Myth and Mystery are innumerable, these soft confines lie irresistibly in the background where enchantment turns to fear; UNA AVENTURA DE MIEDO by film maker Cristina Vilches is an animated short film richly illustrated, giving us a taste of a magical night which has been created just for us.

A robotic and fan-scientific animation; not forgetting the poetic connotations of the mobilized red point conceived by Motahareh Ahmadpour for his REDPOINT, a scarlet bullet that ultimately finds its way to love.

BALCONY by the British Toby Fell Holden pushes hard on the accelerator of brutal narrative, telling us a story without consolation in which a young immigrant goes against an ineluctable destiny, and those terrible misunderstandings that envelop our daily lives. Politics, love, and social denunciation, all in a flash.

We are distraught yet appeased guests of the metaphorical nightclub created by the American Derek O’Dell in AEON; true and proper sparks of artificial fire, electronic flames, a visual ricochet, flashes of strobe lighting, all visual material admirably put together by the director.

A two flagged combat (France and Belgium) the folklore event of LE PLOMBIER from the Rossi couple – Sèron; a witty satire of cinematic dubbing, surprising for its repeated audio and visual gags which spur the audience into laughter.

As ever, dreams are desires, and represent tunnels for leaving behind our demanding and ruthless lives in the confines of our own subconscious; the roads to escape pass through the rooms of a mysterious association that seems to live vicariously through the dreamlike desires of human beings. This can all be seen in DREAMS ON SALE by Vlad Buzaianu.

All of us know what it’s like to sneeze on a daily basis but this simple action and innocent familiarity becomes the starting point for Kim Jung Hyun’s extremely quick minute of cinema called HOOTCHU.

A little constellation that lights up the screen and just as quickly diminishes while the sea breeze that we know so well signals the end of a soiree; winning in its communicative impact.

Dressed in a gorgeous blue, our very own Victoria Russalen coordinates in her own individual way: she is one of the best and most indispensable presences to our festival and someone who we will mention again in the later stages of this diary.

See you on Tuesday evening and as the late Fantozzi would say…. Let’s have a party!

Board Diary
Scroll to top