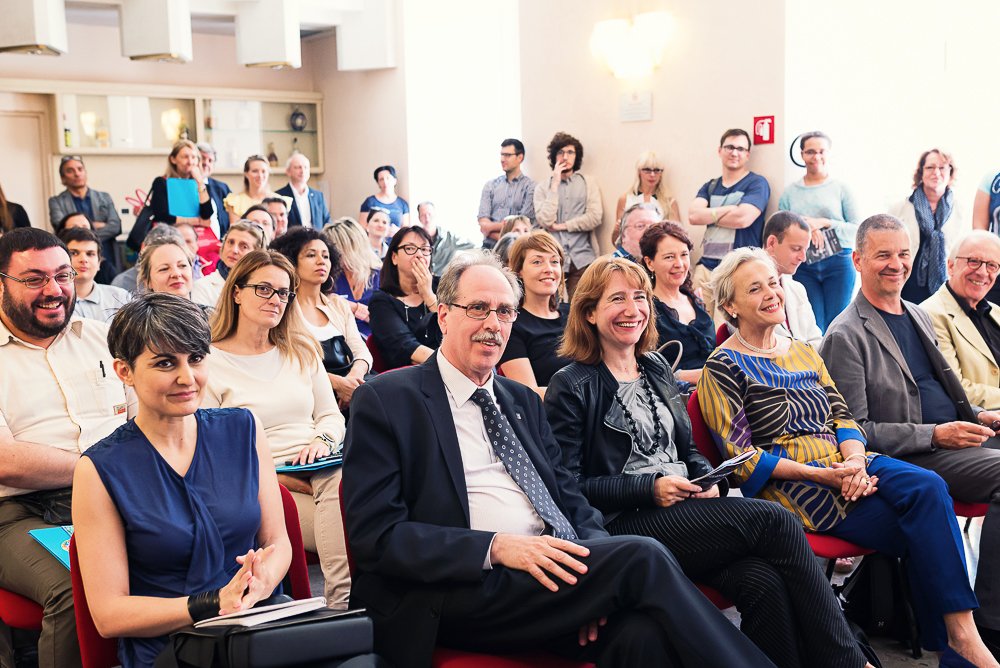 XVI ShorTs International Film Festival in Trieste, the city on the sea, from 2nd to 10th July 2015. 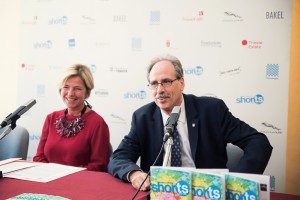 Stars under the stars: a big outdoor screen in Piazza Verdi in Trieste, next to the splendid theatre, will host a marathon dedicated to the best short films at an international level, which have already won at least one prize and have come from all over the world. 89 have been selected from over 1300 contenders, which will compete for the prize of €10,000 for the best overall short film. The Jury will be made up of actor and director Pippo Delbono, actress Chiara Caselli, producer for Rai Cinema Carlo Brancaleoni, critic Luisa Morandini and journalist Emanuela Genovese. Producer Claudio Bonivento will, however, award the special prize for Italian production, whilst the public – given voting forms at the beginning of each screening – will decide the winner of the Trieste Caffè Public’s Prize.

For lovers of feature films, there will be Cinema Ariston, reserved for 10 Italian debut works: the best will be judged by the Nuove Impronte jury, composed of producer Francesca Cima, director Francesco Parietno and actress Barbora Bobuľová. For this category too, the public will be called upon to decide who will win the Bakel Public Prize.

After Sergio Rubini, Margherita Buy, Laura Morante, Murray Abraham and Francesca Neri, the star of this year’s festival will be actress Barbora Bobuľová, who will meet with the public in Trieste and talk about her brilliant carrier.

ShorTS International Film Festival, this year like every other, renews the ‘gamble’ on new talents in Italian cinema and in 2015 the star of the “Prospettiva”, the field for emerging Italian actors, will be Jacopo Olmo Antinori. A Tuscan, from the class of 1996, he was already a stage actor before making his debut on the big screen as the lead character in “Io e te”, a film directed by Bernando Bertolucci. Antinori won the AKAI International Film Fest Award for best actor at the last Venice Film Festival, for his work in the film “I nostri ragazzi” (2014) by Ivano de Matteo, his co-stars included Alessandro Gassmann, Giovanna Mezzogiorno, Luigi Lo Cascio and again Barbora Bobuľová. The film will be screened on 10th July at 21:30 at the Ariston Cinema, with both Jacopo Olmi Antinori and Barbora Bobuľová present. The two actors will also meet with the public on Thursday 9th July at 18:30 in the area of Teatro Verdi reserved for the festival. 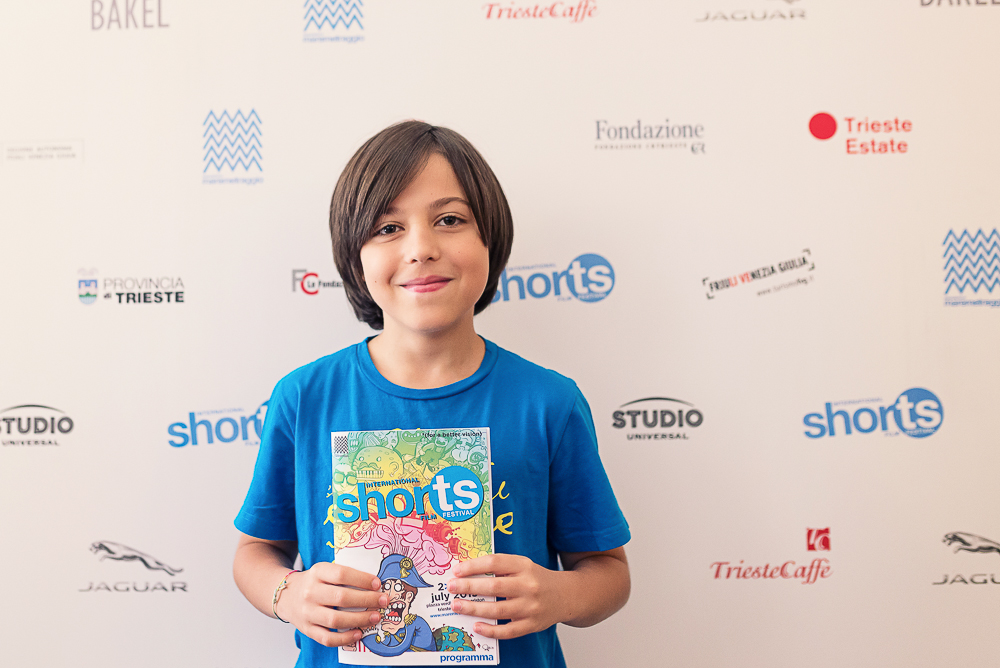 New in 2015 for ShorTS, a real festival within a festival: SweeTS4Kids, with an actual ‘size xs’ artistic director, Tommaso Gregori, age 10. He was brought up on bread and cinema, being the son of film critic Beatrice Fiorentino. Competing in SweeTS4Kids, 27 short films from all over the world – chosen from around a hundred – made with children in mind and chosen by the youngest artistic director on the festival scene. The jury will be made up of 101 children between the ages of 8 and 13, the “Jury of the 101”, and will assign the prize of best short film. The screenings will take place in the Auditorium of Museo Revoltella on Wednesday 8th and Thursday 9th July at 18:30.

During the festival, you will also be able to visit the city of Trieste under the unusual guise of ‘places from films’, through the Esterno/Giorno walks. Together with the film critic Nicola Falcinella, on Thursday 9th and Friday 10th July at 6pm, you will be able to retrace the locations and stories of many works for the big screen filmed in the city, because of the light quality of its sea sunsets, the beauty of its historic buildings and its surrounding nature. Trieste, because of its position on the border, a joining point between east and west Europe, has always been highly appreciated by directors from all over the world, from Mauro Bolognini to Luchino Visconti, from Francis Ford Coppola – who chose the old fishmarket to shoot some scenes in the Godfather II – to Cristina Comencini, from Anthony Minghella, who wanted Porto Vecchio for some scenes in The English Patient, to Giuseppe Tornatore.

The walks are free and have the themes “Once upon a time there was a city of lunatics” on Thursday 9th and “A walk in the Trieste of the Cinema” on Friday 10th. Participation is open to a maximum of 35 people for each walk and reservation is obligatory and possible until 12pm of the day preceding the visit, by calling +39 339 4535962 or emailing [email protected] In case of bad weather, the walk will be postponed.

In this 16th ShorTS, there is still the ‘Oltre il Muro’ section, which since 2009 has seen the films of Maremetraggio enter Trieste’s prison. This year once again a jury of 14 prisoners will choose the best film for the ‘Oltre il Muro’ prize. The jurors will watch the competing Italian short films on the 6th, 7th and the morning of the 8th July in prison and will award their favourite film on Thursday 9th July.

And then two other special events in the programme during the festival: 3rd July at 5pm in Teatro Verdi, as is tradition, the usual presentation of Premio Mattador jury, whilst on the 8th July at 6pm, in the area of Teatro Verdi reserved for the Festival, the press meeting open to the public will take place with Marco Taralli, composer of the music for the first Italian execution of the film “Femmine Folli” by Erich Von Stroheim (1922), programmed for the 12th July at 20:30 (tickets €5) at Teatro Verdi in Trieste. 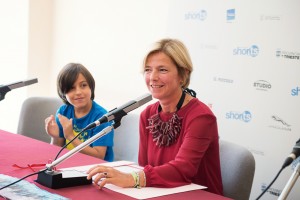 Meetings with actors and directors, special events, cocktails with the stars of Italian and foreign cinema, the grand finale on Friday 10th July with a double event: at 11:30, in the festival’s area of Teatro Verdi, the meeting with directors and jury members, whilst at 19:00 at the Civico Museo Teatrale “Carlo Schmidl” in the Bobi Bazlen room, the Gran Galà Finale with the announcement of the winners and the giving of prizes of the 16th annual ShorTS International Film Festival.

The festival is carried out with the contribution of the Ministry for assets, cultural activities and tourism, the Friuli Venezia Giulia region, Turismo Fvg, the district of Trieste, the Fondazione CRTrieste, the Chamber of Commerce of Trieste and the Fondazione Casali. The event profits from the collaboration with Trieste Estate, the province of Trieste, the Casa del Cinema of Trieste, Cinema Ariston and Teatro Verdi of Trieste. Jaguar, Bakel and Trieste Caffè are the official partners of the 2015 festival.