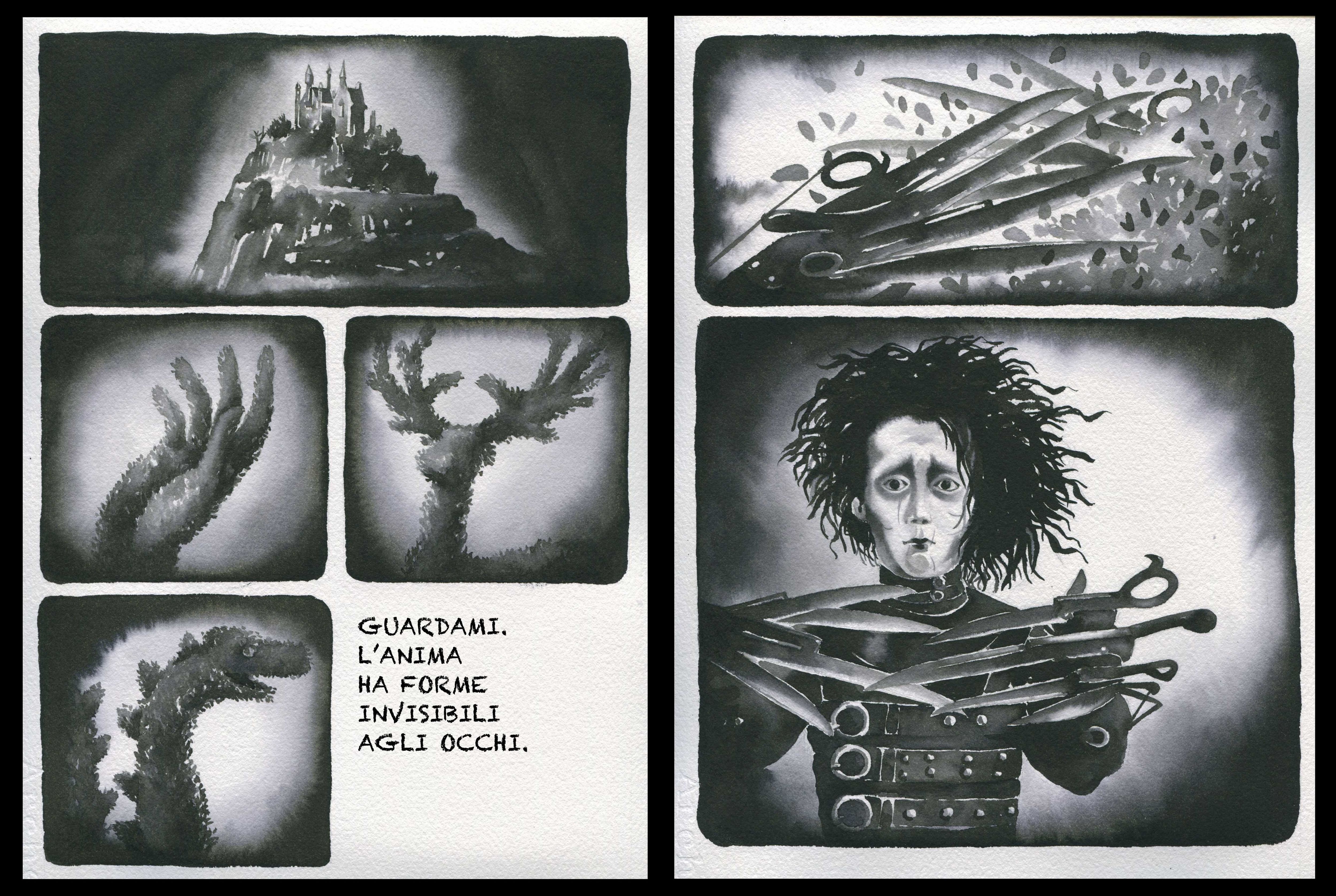 How many times a film has left a mark in our imagination, arousing intense and personal suggestions? The technique of Giovanni Manna’s watercolour (www.giovannimanna.com) joins him to writer Laura Manaresi’s words for a new visual representation of the cinema, reinterpreting with a light and elegant touch the great movies, to convey emotions and to stimulate creativeness and imagination.

The International Short film and the Debut Work Festival will entertain, during the its 14th edition (June 30-July 6, 2013), an exhibition of 40 original works exposed at a prestigious Contemporary Art Gallery of Trieste, as will as an interesting workshop with the artist.

Instead, the Turin Film Festival will entertain the preview of the original cultural event, with the exposure of some works that will make part of the real exhibition that will be held in Trieste, at the exclusive area of the TFF Lounge, inside the Palace of the Region Piedmont in Piazza Castello 165. The press conference of presentation of the event is scheduled instead to the Space TFF OFF, at the Center of the Committee Arci of Turin, Via Verdi 34, on November 27 at 16.30.

On MYMOVIESLIVE! the short films of Maremetraggio for free
Scroll to top