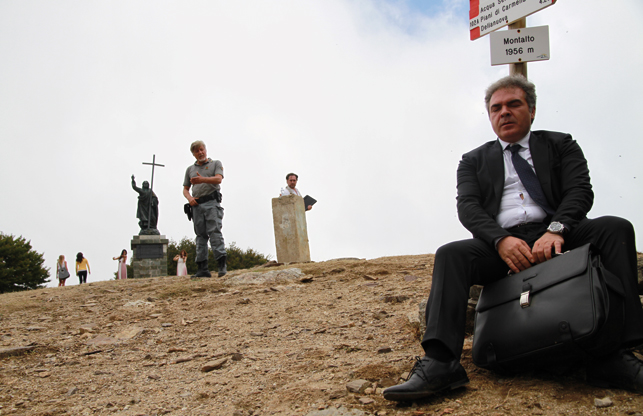 Italia / Italy 2013, 4 K – color, 96′
An entrepreneur of the Brianza area, Torquato Boatti, needs the signature of his co-holder brother Marco, who is a musician, to conclude the real estate deal of his life, but with whom there is bad lineage.
While looking for him, Torquato finds out that his brother is in Aspromonte with his band for a musical tour and he joins him. The two meet and they fight. Torquato tries to catch up, but it seems that his brother has disappeared. At this point, after a threat found in the hotel room, Boatti is more and more sure that his brother was kidnapped. He starts his journey with a jeep and a ‘State Forestry’ guide across Aspromonte, where he clashes with a complex and incomprehensible different world.