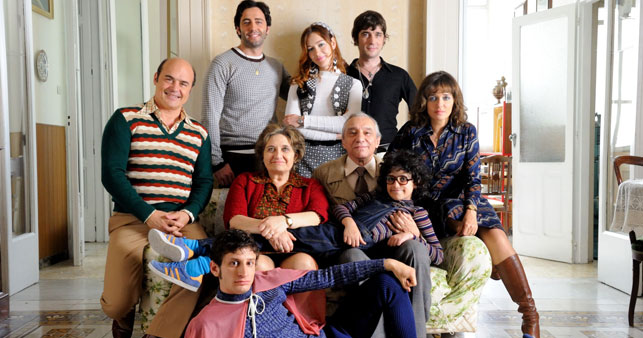 Naples. 1973. Peppino Sansone is 9 years old, living in a big and muddleheaded family and his older cousin, Gennaro, who really believes in Superman.[:] Peppino’s days are divided between the crazy and colorful world of the two young uncles Titina and Salvatore, living in their own world made by square dances, parties and women’s meetings, his mother has locked herself in an incomprehensible silence and the father tries to distract him by giving him chicks that he can use like pets. However, when Gennaro dies, the fantasy of Peppino died and he came to reality again reality, bringing him to the really life. It’s like if Gennaro was the real superhero of the whole story.It is thanks to this imaginary friend, who ha the power of a neapolitan superman that Peppino is able to face the vicissitudes of his family and to have a real approach into the world of adults.