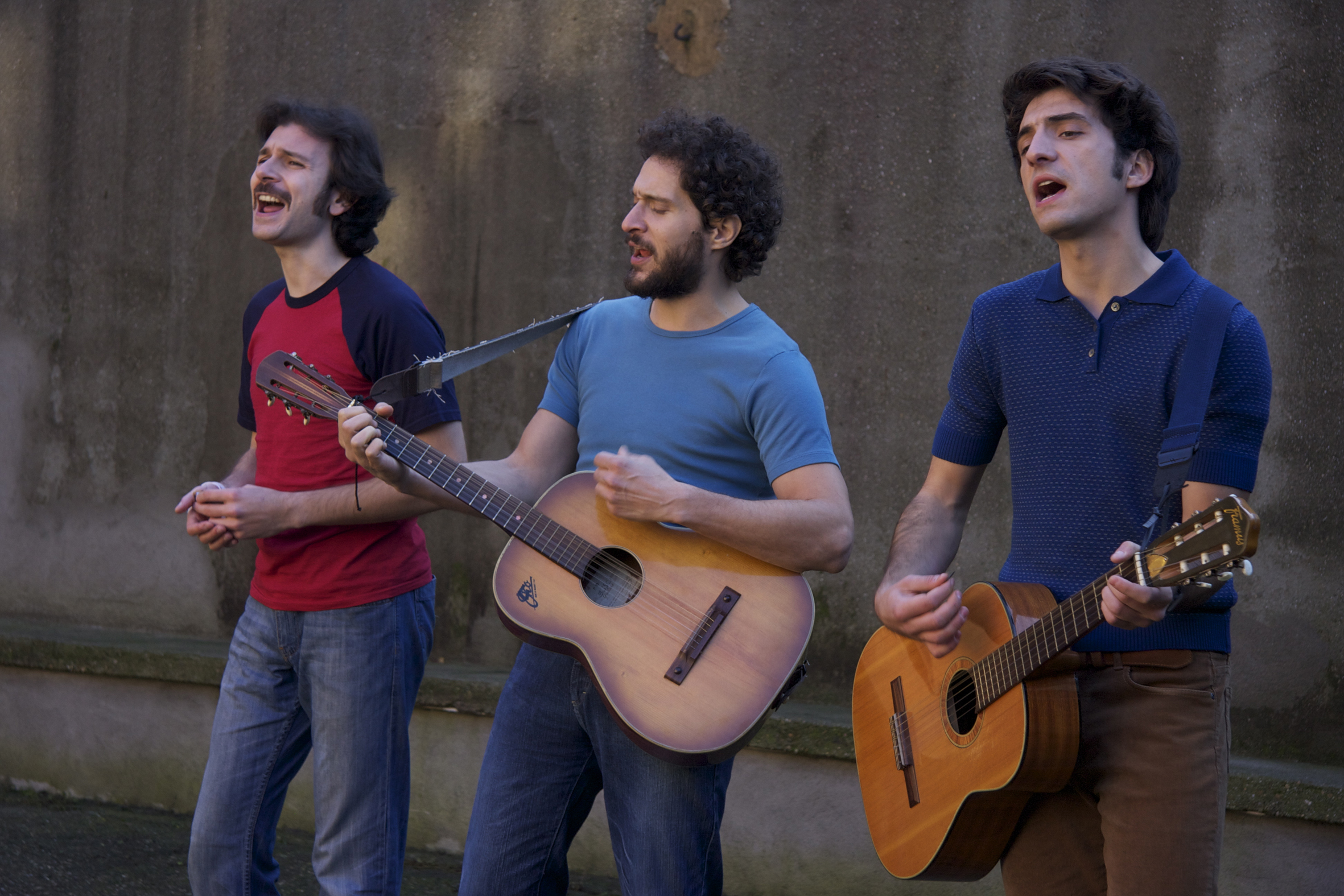 This is a film based on a true story, that took place in the early 1970’s. After several demonstrations and student strikes, Italy is at a crossroads: on the one hand there are the naive and sincere dreams of the ’68, on the other an internal bloody conflict is starting.[:] In Pisa, voices among students about a national attack that would look like the one of the colonels in Greece ’67. “If you want to sleep away from home for three or four nights, you should not make a putsch”. Acknowledging and enhancing their risk. Among them there is also Pino Masi, a songwriter who has recently founded the Canzoniere Pisano and he did lots of concerts in front of thousands of people. He wrote the most famous italian fight songs, the Ballad of Pinelli to the Lotta Continua. Incredibly talented but with a difficult childhood behind, he is suspicious and the news of a cruel conflict shake him. That day in his attic there were two highschool kids: Renzo Lulli and Fabio Gismondi. Both tweenty dream about of playing music with their myth Pino Masi. When They told them to go outside of the city because of the dangers they simply accept. “We will take the car of Lulli and together we will pass the border. If there is no police,we will do a trip”. But if the worst happens, they will go to exile, and from there to become the Inti Illimani ante litteram: they will travel worldwide to sing because they want to illustrate the injustices in Italy.