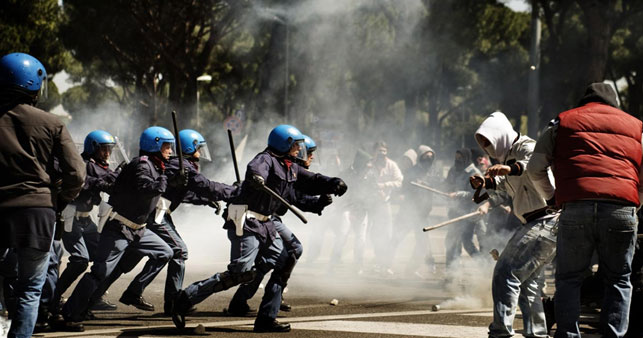 Cobra, Negro and Mazinga are the three “bastard cops” .Taking part of the “Flying Squad”, they seem to feel more confident than the policemen. They have learned about the violence in the local community, getting used to be target.[:] They live in a society where violence had become the distorting mirror of an exasperated society, in a world ruled by hate and lost their rules, they still try to maintain the stability of the society by using the physical force. Time seems to slow down, at the most difficult part of their life, they see “the future” in the young rookie, Adriano, who is the new member of their department. Adriano, well-educated and expert in his field of law and order, the violent application of the law will demonstrate the controversial part of the police department, a deep look into corruption, showing us the background of the urban violence that happened in Italy in recent years, beginning the story with the G8 in Genova finishing it with the death of Gabriele Sandri.