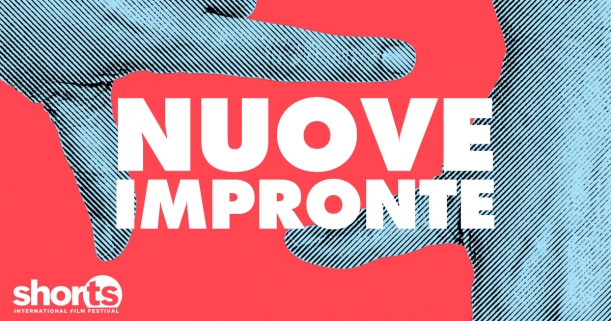 The film event, to be held online from 4 to 12 July, has announced the films for the traditional Nuove Impronte section of the Festival dedicated to the best works from the new cinema, which this year sees seven feature films competing, in Italian and world premières.

Directors as yet not well known, but who can already be undeniably appreciated for their daring, talent and authenticity. This is the underlying inspiration for Nuove Impronte, traditional section of ShorTS International Film Festival, the Trieste cinema event which this year is to be held on the Web from 4 to 12 July 2020.

Nuove Impronte is the competition section which, once again at this 21st Festival, chooses the best feature films from up-and-coming new cinema, turning the spotlight on directors making their debut or who are not yet well known among the general public, this year extending the competition also to the European and international scene with world and Italian premières.

There are to be seven films in competition, works of fiction and documentaries, of which three premièred, all featuring a new view of the world which necessarily involves a vision of reality, basing on detailed coverage across transitional, peripheral and decentralised territories, places that are marginal both in the geographical and in the existential meaning of the word.

“All the works in the competition this year share a particular view of the world. Like an invitation to invent new map bearings, starting from the specific nature of reality and daily life and always placing human beings, the individuals, in the centre, underlying their great resources and immense fragility. “What they offer”, explains journalist and critic Beatrice Fiorentino, curator of the section, “is a universal interpretation that moves from an observation of specific territories to ‘another place’, just like the humans who live there, slightly lost and perennially seeking their place in the world“.

The films in the competition will contend the Best Film prize, the Critics’ Prize awarded by the SNCCI, the national union of Italian film critics, the Best Production prize awarded by AGICI and the ANAC prize for best screenplay. MYmovies is instead to give out the Audience Award to the work with the most online votes.

The feature films of Nuove Impronte can be enjoyed free of charge on MYmovies, technical partner of ShorTS International Film Festival, after registering on the official website for the event www.maremetraggio.com.

The jury members of the Nuove Impronte section are directors Fabio and Damiano D’Innocenzo, makers of La Terra dell’Abbastanza and Favolacce, the latter presented in competition at the 2020 Berlin Festival, where it won the Silver Bear for best screenplay, producer Elisabetta Olmi, director of Ipotesi cinema with which she produced many Italian films, including the Italian comedy Basilicata Coast to Coast by Rocco Papaleo (David di Donatello for the best first feature), a co-production with Eagle Pictures and Paco Cinematografica, and Il grande passo by Antonio Padovan, and actress Linda Caridi, star of Ricordi? by Valerio Mieli and Antonia by Ferdinando Cito Filomarino.

Finally, Il Grande Passo by Antonio Padovan is to launch the 2020 ShorTS film festival, screened out of competition as opening film.

FILMS IN COMPETITION IN THE NUOVE IMPRONTE 2020 SECTION

An existential road movie with references to films by Michelangelo Antonioni, to be presented at ShorTS International Film Festival as a world première. The story revolves around Angela, a thirty-year-old photographer trapped in a life of routine and silence, who is to go with her camera on an aimless journey around the Canaries on board a Ford Taunus from ’85.

Debut work by Sebastián Lojo, the film was presented at the International Film Festival Rotterdam and at the Cartagena Film Festival and is to receive its Italian première at ShorTS. In crime-ridden Guatemala City, handsome and charming Koki earns his living by gaining people’s trust before robbing them. During the day he is a tourist guide but at night he seduces men and takes them to Carlos’ hotel, where they are robbed. When his place is taken by another, good-looking young man, a downward spiral begins which will lead him to think carefully about his life.

THE TROUBLE WITH NATURE by Illum Jacobi (Denmark, France)

Presented at the Rotterdam Festival, the film marks the debut as director of Denmark’s Illum Jacobi and is to be premièred in Italy at ShorTS. Lead character is the philosopher Edmund Burke, author of one of the key works of Romanticism. The film takes place in 1769, twelve years after publication of the treatise A Philosophical Enquiry into the Origin of Our Ideas of the Sublime and Beautiful which made the Irish philosopher famous. At the time of reprinting of the book Burke decides to go to the French Alps to rewrite his work, bringing fresh knowledge.

Directing debut for Ascanio Petrini from Bari, the film was presented in competition at the 35th International Film Critics’ Week in Venice. The story centres on the incredible story of Pasquale Donatone, born in Bari in 1963 and who emigrated with his family to the USA in 1972, from where he was expelled forty years later for people smuggling across the border with Mexico, later ending up living in a cave at Polignano a Mare. The extraordinary saga of an anti-hero destined to be defeated yet also to try his luck.

Acclaimed documentary by director Valentina Pedicini, who in sumptuous black and white narrates the community of Christian monks who live in an isolated monastery in the hills of the Marches. These warrior monks, renamed “Warriors of Light”, have for twenty years been preparing for a “higher” war, with night prayers and gruelling training and with a single credo: fighting evil in the name of the Father.

Director Andrea Caccia (Vedozero, La Vita al Tempo della Morte) takes us into the woods and along the banks of the Ticino river, between Lombardy and Piedmont, where five men of different ages explore the area, each in his own way. The result is an enquiring film, made through an uncertainly shaped narration which, like a river, constantly changes, showing the complexity of reality by breaking down the parts.

Presented at the 2019 Venice Film Festival in the Sconfini section and freely inspired by the novel of the same name by Romolo Bugaro, the film by Padua’s Alessandro Rossetto (Piccola Patria) tells of the ambitious plan to transform abandoned hotels into luxury residences for the elderly in a small spa town in north-eastern Italy. The project, however, backfires against its actual lead players, while local events end up by causing ripples to spread to the far-off Orient. Without realising it, the characters gnaw at each other like sightless dogs, each one mauled while about to maul the others, in a never-ending bellum omnium contra omnes.

Giulio Pranno will receive the Prospettiva Award 2020
Scroll to top