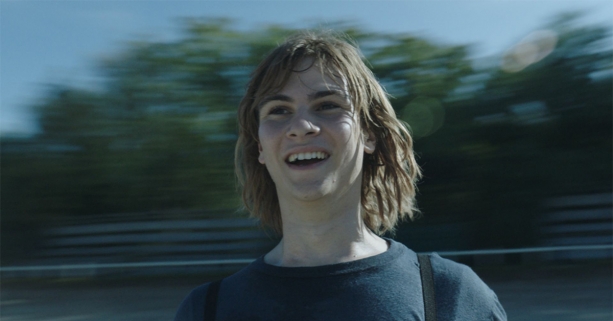 ShorTS International Film Festival, the Trieste film event which this year is coming to the Web from 4 to 12 July, has announced the Premio Prospettiva 2020. The prestigious prize of the 21st Festival is to be awarded to Giulio Pranno, young star of the film Tutto Il Mio Folle Amore directed by Gabriele Salvatores, a nuanced road movie partly filmed in Trieste and inspired by a true story, in which Pranno appears alongside Claudio Santamaria, Valeria Golino and Diego Abatantuono.

Taken from the book Se Ti Abbraccio Non Ho Paura by Fulvio Ervas and presented at the Venice Film Festival, the film tells the moving true story of a motorbike trip by a father with his autistic son. Giulio Pranno, here making his big screen debut, plays Vincent, a sixteen-year-old boy with a serious personality disorder. His father, the no-good Will (Claudio Santamaria), abandoned him as a child to pursue a career as singer, leaving him with his mother, Elena (Valeria Golino), who has brought him up with her partner Mario (Diego Abatantuono). On a chance evening Will finally sums up the courage to go and get to know that son he’s never seen and discovers that he’s not as he imagined him. He’s not aware that that small gesture of responsibility is only the start of a great adventure, which will lead him to share an exciting journey between Slovenia and Croatia during which they will have the opportunity to find out more about each other.

Born in 1998 in Rome, Giulio Pranno has always been a great fan of the cinema. With the support of his parents he began going to the theatre at the age of 12 and immediately fell in love with it. At high school he took acting lessons and took part in shows up to the finals of the Premio Hystrio 2018. In that same year, his dream of acting in a feature film came true when, after a lengthy selection process, he was chosen by Salvatores to play the part of Vincent, making his film debut.

“It’s always very exciting when the talent of a young boy who has dreamed about acting is recognised”, said director Gabriele Salvatores. “I’m proud to have been the director who right from the very start could see his great potential and the fact that it’s a Trieste festival awarding him a prize is even more gratifying”.

The Premio Prospettiva of ShorTS International Film Festival effectively means staking on the future of the young talents selected each year at the Trieste event. Through this award ShorTS once again this year turns the spotlight on a promising young talent from Italian cinema, an insight which, over the years, has often been confirmed by the winners’ careers.

Load more... Follow on Instagram
World and national premières of films at ShorTS IFF in the Nuove Impronte ...