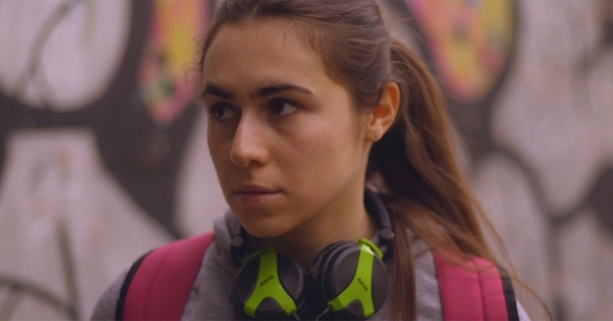 Pretend you’re at the helm of an interstellar spaceship travelling along hitherto unknown sidereal paths.

Snapshots are seemingly the legacy of a life lived elsewhere with always that same sensation of having already been there, of having a sort of inner awareness that tells us “it’s already happened somewhere”.

Shorts International Film Festival is a ship too, sailing across oceans populated with emotive patterns and visions.

During these event-filled days there has been a series of moments of pure emotion, plausible also thanks to the technological medium.

Beatrice Fiorentino has, for example, curated with the customary care the section Nuove Impronte. The reports bring us encouraging details of the feedback from the films she selected.

We should mention IL GRANDE PASSO by Antonio Padovan, with an outstanding Giuseppe Battiston; but will give a report on all the feature films included in the days to come.

As always, wide open creative spaces for the younger generation, sweet and visionary young things who meet the world with great expectations. The event at the Teatro Miela involved videos by students from the Deledda-Fabiani college. An event held a few days ago, it should be remembered, entitled SCIENCE FOR SUBURBS.

Wednesday evening was specifically dedicated to works in the Maremetraggio section, an international vision always full of surprises.

Carolina Crescentini is a very beautiful and talented Italian actress who in time has gained in confidence. We see her starring in FULMINI E SAETTE, by Daniele Lince. The film is an enjoyable parody of Marvel Comics based on superheroes, in which Carolina plays the part of a heroine in tights who has much more success in public than in private.

In a brief video presentation of his work the Czech director Jan Vejnar appears as a nice young man with hipster beard, yet the subject matter of his short FIGURANT is hard-hitting and abrasive. Role changes and emotional upsets reminiscent of certain Fassbender-style stormy atmospheres.

What passes through the mind of artists during their efforts? Strong emotions ingrained in such a sensitive spirit can also smash the glass vase of creativity, as in EGGSHELL by Case Jernigan.

European cinema, by that we mean far from Hollywood excesses and immune to the enticements of unbridled luxury and wealth, has always stored up film excellences. I’m thinking of a director like István Szabó, who in films such as Mephisto or 25 Fireman’s Street narrated the fringes of life, in pain and with sadly simple dreams. ANNA by Dekel Berenson, with its lead character, is a rightful part of this category. See it to believe it.

The evening finale is provided by Spanish cinema, presented by Lluís Margarit with his CALVARY whose title pokes fun effectively at hair loss and broken relationships.

Looking out of the window has become an unconscious mind mechanism. Children’s smiles, cats curled up in the sun and the sound of unknown footsteps in semi-deserted streets are still basically our links in the chain of life.

When all this is over and the deafening silence everyone is talking about is just a memory, we will try to understand whether this cleansing of the soul has made us better or just the same as before.

The date is for Thursday evening.