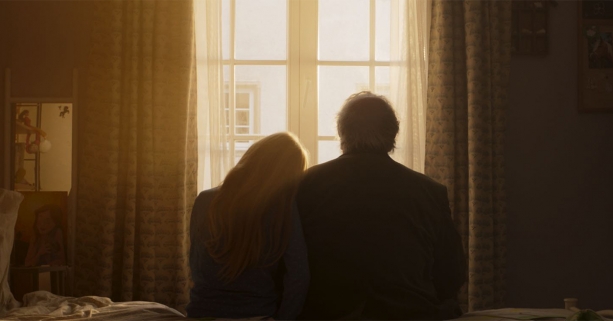 Stan Lee, unforgotten deity of Marvel Comics, whose not inconsiderable merit was to bring us characters such as Spiderman and The Fantastic Four, said that the real reader of comics is a distillation of child and adult.

We mention comics as they are important in people’s lives, and the International ShorTS Festival also takes this into account with its events aimed at the younger generation.

Belonging to the world of healthier fantasy, that which makes us stay with our eyes open, is also Simone Massi, old school yet young cartoonist who we’ve got to know better thanks to an unmissable streamed event.

As the city is drenched by repeated rainfall, here we have the Maremetraggio section, to be explored voraciously.

Who knows whether the pair of filmmakers Chin and Zacharevic have met the Italian band Nuova Dissonanza; the soundtrack to their film REWILD appears as an open tribute to that dodecaphonic ensemble who also worked with Ennio Morricone. A film with a social idiom, a strong warning against deforestation, it takes us to Sumatra and its green paradise wounded by humans.

A social environment with degradation at its margins, prostitution and characters from court records, everything seems to converge into an unattractive side of life in LA BELLEZZA IMPERFETTA by Davide Vigore.

Yet the protagonist, no longer young and with his incredibly interesting face, regains his innocence thanks to a meeting that is to change his life, with a splendid girl at the centre of the intrigue.

PORTRAITIST by Cyrus Neshvad is from Luxembourg and is above all a sad pictorial fairy tale where the flowers and trees drawn become a bridge between a man and his family.

A truly bizarre story is told by LAY THEM STRAIGHT by Robert Deleskie.

A teenage girl has a decidedly ritualistic relationship with numbers which makes it difficult to distinguish between fantasy and reality. Effective dramatic tension carries the film towards an enigmatic finale.

SATURDAY’S APARTMENTS by Jeon Seungbae is structured as an ode to working together, in a strange apartment block inhabited by irritated animation puppets. Everything seems to go wrong but fairy tales, as we know, must inevitably end well…

THE STRANGE HOUSE IN THE MIST by Guilherme Daniel brings us to a strange house on the cliffs with a sinister atmosphere. The meeting between a penitent and his mysterious host are to provide the subject matter for psychological analysis.

This evening, summer is taking a break and we can expect a cool night after so much humidity.

Your collective attention is drawn to the exciting awards ceremony.