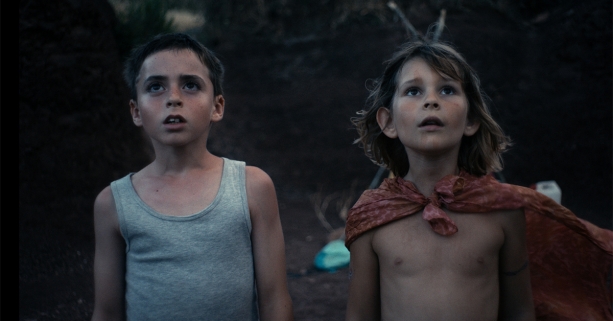 Some birthdays just have to be celebrated. Ringo Starr, the very likable Beatles drummer with prominent nose, a massive sort of international and popular icon, is 80 years old.

All best wishes to dear Richard Starkey, his real name, and thank you for the thousand thrills you’ve brought us, starting with the unforgettable, out-of-tune vocal rendition that goes by the name of Yellow Submarine.

Once again the Maremetraggio section awaits us, with its visual trains and its delightfully deconstructed tracks.

It opens with WE SOUND by David Carrizales. With a black and white animation film medium it explains to us that we are all noisy human particles, from early childhood to the end of our days.

“Solitude is a strange companion”, sang Antonello Venditti in a praiseworthy yet forgotten song from 1979, Stai con me. Something that’s all too familiar to the elderly protagonist of TERESA by Gabriele Ciances, in which a widower tries to get his wife back in an unusual move, with a touching dance scene. Loss as told from an original viewpoint.

THE LITTLE SOUL by Barbara Rupik, an animated short, tells of a soul’s journey. It relates emotionally to the visual teaching of Hieronymus Bosch and leaves the viewer with an unsettled feeling.

Played out in the confined visual space of a video call, THE TEST by Philipp Christopher has a decidedly cleverly devised surprise in store for the audience…

The agony of sport is shown to us by Qiu Yang in her SHE RUNS. The existential turmoil of a young girl struggling with pain and fatigue. Almost an unconventional backstage view, the hidden veil behind the applause and sequins.

We continue with RAIN RAIN RUN AWAY by Clémentine Carrié, reminiscent in parts of William Golding’s Lord of the Flies in which a society totally governed by children was swallowed up by its own rituals. This short, focusing on childhood, tells of a voluntary exile from the adult world in search of a new Eden to be built.

This evening’s screenings end with the film by Pham Thien An STAY AWAKE, BE READY which offers us a cross section of life in Saigon among various levels of humanity. An accident provides food for thought and the title of the film. With numerous references to the frenetic pace of modern life.

Even a deserted street can offer unusual angles, and an unforgettable Donna Summer sings on the radio the emotional Down Deep Inside, the theme from the soundtrack of the film The Deep from 1977 or thereabouts.

A wonderful song, as we celebrate with our eyes closed the summer and the sea, everything that restores vital and vibrant sensations.

The date is for Saturday evening.