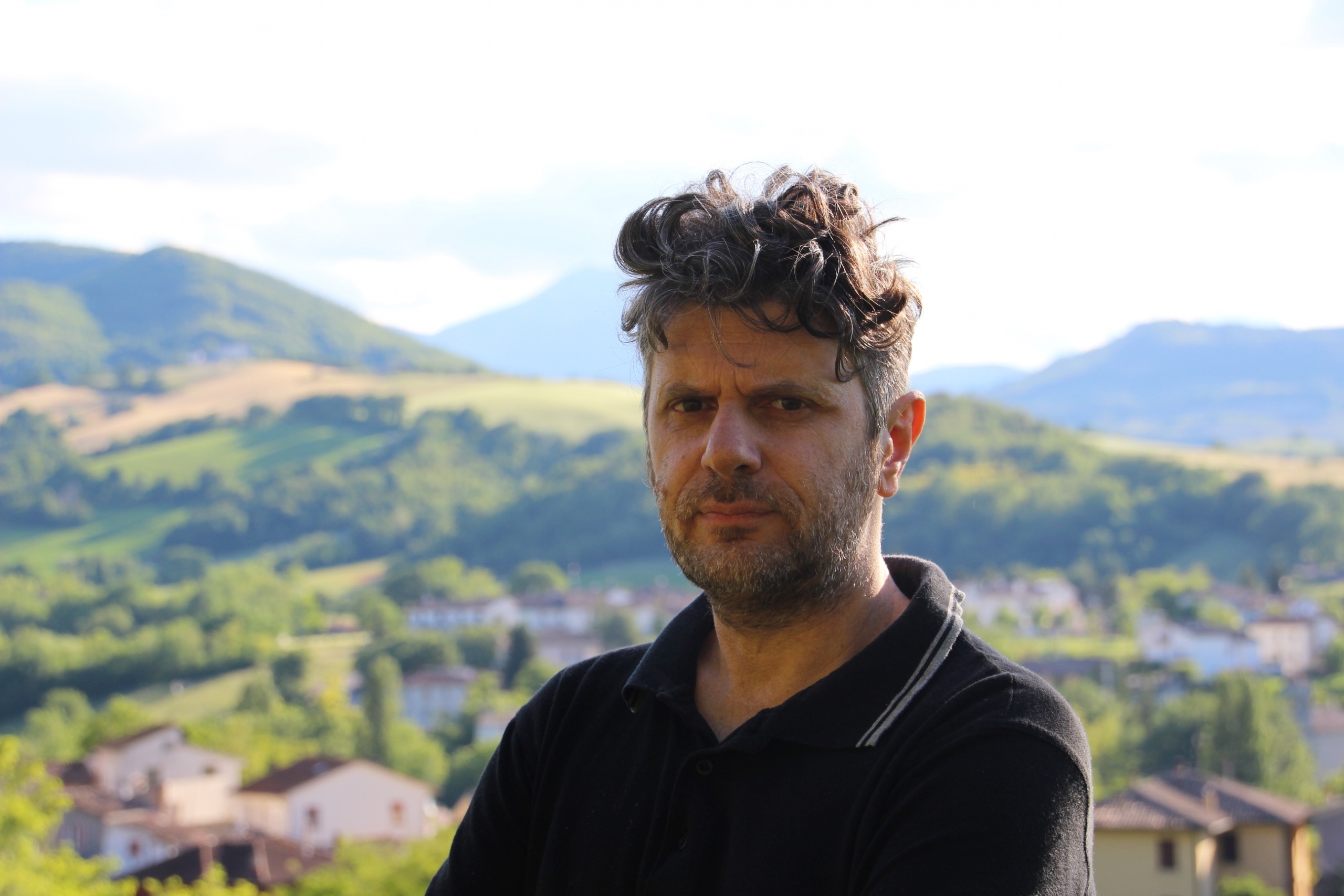 Clouds and hands of a resistent soul

Pictorial artist from the kinemato-graphic movement, a person and a talent from a different age who works at his own pace. Simone Massi lives with his Ukrainian wife Julia Gromskaja, also a painter and animation artist, and three children in the large village in the Pesaro hills midway between Fabriano and the Fano sea, the industrious and equally artisanal Pergola where he was born fifty years ago. He tells transfigured stories that flow like a ceaseless wave of charcoal on paper, generous like a harvest of corn and fruit after proper sowing in the spaces of real and imagined ideas. These are stories about the land, animals, plants, country people with historical and political roots that resist unsatisfactory technological modernity. Massi works with shades of black and grey and the white of the horizon, he frames the eyes and gestures of his characters with renaissance skill, rethinks the customs and rituals of his places and animates the substance of local landscapes. In twenty-five years he has created twenty short films, short and very short, widely circulated and collecting many awards, including In aprile, Adombra, Tengo la posizione, Piccola mare, Io so chi sono, La memoria dei cani, Nuvole, mani, Dell’ammazzare il maiale, Fare fuoco, L’animo resistente and L’attesa del maggio, and was responsible for the striking and highly personal opening sequence for the Venice Film Festival from 2012 to 2016. He also created twenty-eight amazing and moving minutes of great animation (with the assistance of colleagues and students) needed to portray in La strada dei Samouni by Stefano Savona, Best Documentary prize winner at the 2017 Cannes Festival, the final hours and death of members of the great Palestinian Samouni family in Gaza, killed by Israeli rockets between the end of 2008 and early 2009. Massi has illustrated books and catalogues and theatre, and teaches at the I.S.A. in Urbino, a factory of animators and artists. He was won a David di Donatello, a Nastro d’Argento and a Flaiano award. He founded in 2016, in Pergola and with few followers, the association Ars Animae and the resulting festival Animavì of artistic and poetic animation (the highly interesting guests on board have included the directors Wenders, Sokurov, Kusturica and Petrov, and actors Herlitzka, Paolini, Rohrwacher and Servillo) and in March 2020 also ALMA (Associazione Libera Marchigiana Animatori). A private person, ascetic and reserved, Simone Massi is the most dynamic rooted artist you can imagine.

Simone Massi (Pergola, 1970) studied animated film at art school in Urbino. He has devised and produced some ten short animated films which have been screened in 62 countries of the five continents and have won 250 prizes. The most important awards include a David di Donatello and two Nastri d’Argento. He was responsible for the poster and theme music for the 69th to the 73rd Venice Film Festival which in 2012 honoured him with a special screening of all his works.