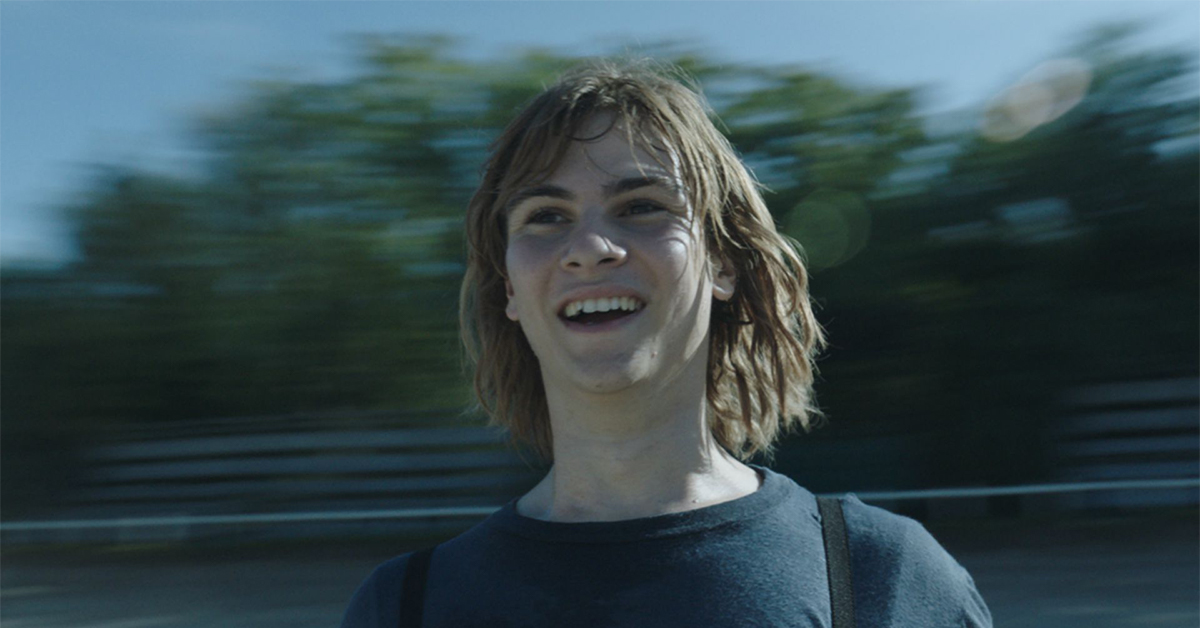 Aside from talent, it was fate that caused Giulio Pranno to cross Gabriele Salvatores’ path. The director was looking for a leading actor for his film Tutto il mio folle amore, to play Vincent, an autistic boy who meets his father for the first time and leaves with him on a journey through the Balkans. Salvatores wanted “someone who had no technique, just emotion”. Looking through the list of aspiring actors rejected at the Centro Sperimentale di Cinematografia, calling names by turns, he found a boy who slipped into character so well that he couldn’t stop when the director ended the audition. Emotion therefore and that remarkable energy with which Giulio Pranno moves through Tutto il mio folle amore like a burst of flame. An exceptional debut sealed by the Premio Prospettiva of ShorTS International Film Festival, the customary staking on the future of young talents from Italian cinema which has in the past awarded prizes, with foresight, to Alba Rohrwacher, Luca Marinelli, Michele Riondino, Matilda De Angelis, Daphne Scoccia, Sharon Caroccia and Francesco Di Napoli.

The passion for acting shown by Giulio Pranno, born in Rome in 1998, comes from some time ago when, at the age of 12, he started going to the theatre and fell in love with it immediately. He played the part of Puck in Shakespeare’s A Midsummer Night’s Dream (which, through mysterious twists of fate, was also the adaptation chosen by Salvatores for his first feature film in 1983) and realised that his future lay in acting. After three years of amateur dramatics and the historic school of Teatro Azione, where Elio Germano, the actor who is Giulio’s greatest inspiration, also trained, he applied for admission to the Centro Sperimentale, but was rejected. The rest, in fact, is history. A lost opportunity led to an outstanding debut alongside Claudio Santamaria, Valeria Golino and Diego Abatantuono. His Vincent, who he built up by personally absorbing the infectious vitality of Andrea Antonello, the real central character from whom the film takes its inspiration, is to remain one of the most enthusiastic and unexpected characters in the cinema of this decade. The first taste of a very pure talent which we can’t wait to see on the big screen.

Science for Suburbs
Scroll to top